These images leaked today depict a Polaris Blue gradient Galaxy S9, which is the second gradient color Samsung is using for the phone.
Published 26 November 2018, 05:00 EST

Huawei managed to set to major smartphone trends this year with the P20 and P20 Pro: triple-camera smartphones, and gradient colors. Competitors have quickly adopted these features as they identified a niche market for a “different” type of phone that stands out. Samsung has adopted the gradients with the Galaxy A9, and later brought it to the first gradient Galaxy S9, available in China.

The images leaked, above and below, allegedly depict the second gradient Galaxy S9. This is a darker shade of blue, shading towards almost neutral silver. It is called Polaris Blue, and the phone seems to be on display in a shop in Asia. That’s the only information we have on the matter.

However, this is where the speculation starts. A recent report claimed to reveal the upcoming Galaxy S10 colors. These are allegedly Black, White, Yellow and Green. While it’s too early to be certain about anything Galaxy S10 related, we’ll treat this with the usual dose of skepticism. However, out of these colors, at least two could be potential gradients. Now that Samsung has proven that it is not only willing, but also capable of producing gradient phones, it is fairly safe to assume that a gradient Galaxy S10 could be in the cards.

That being said, what do you think of this Polaris Blue gradient Galaxy S9? 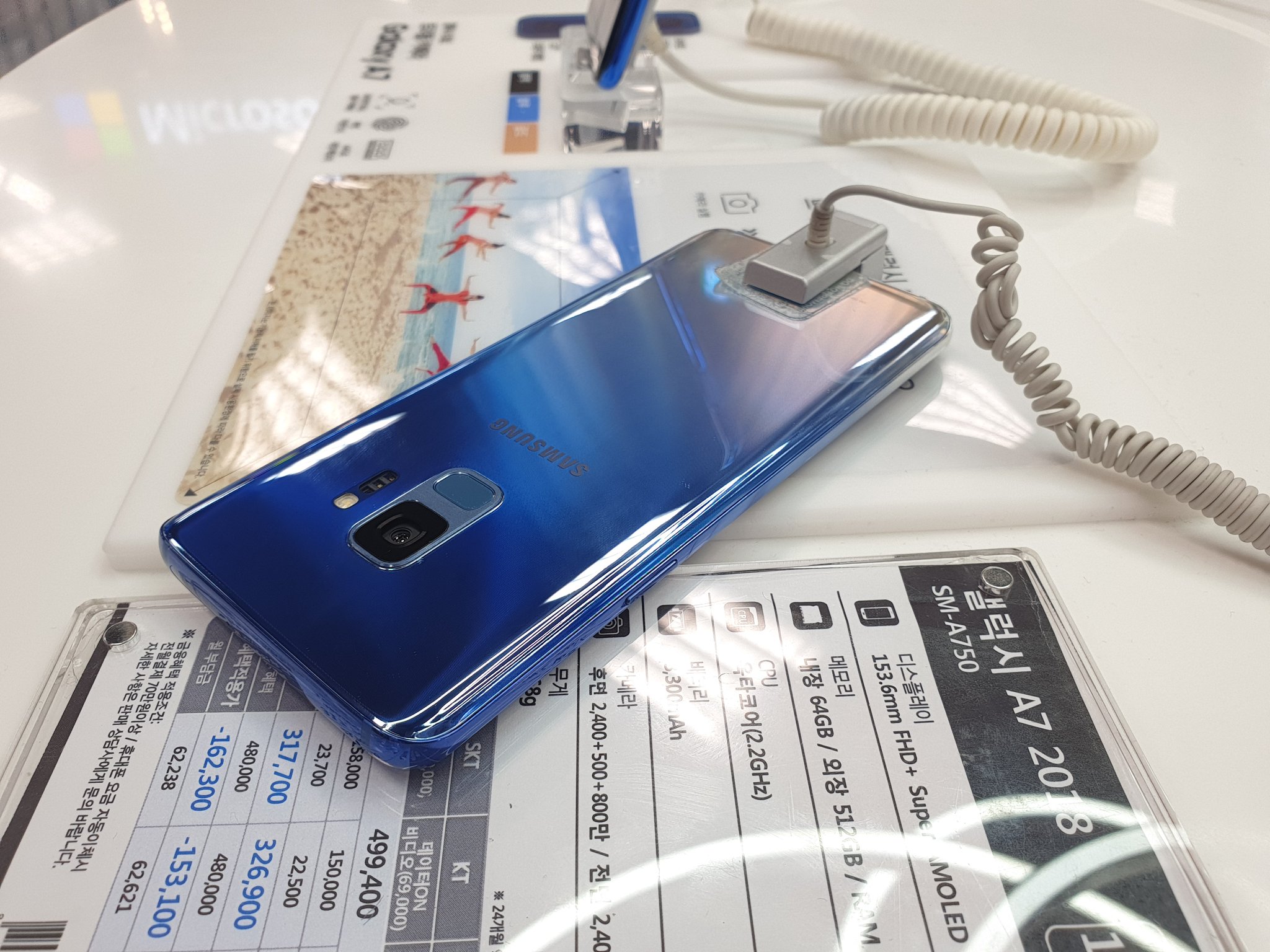 We keep getting amazing deals from Amazon.com, where you will find the OnePlus 8T, Samsung Galaxy Watch Active 2, and more on sale

Check out the latest leak concerning the OnePlus Nord CE, where we get to see what seems to be an official promo video