CES 2014 through the eyes of a newcomer, the Google/Nest megapolis, and Samsung Galaxy S5 rumors. All that and more on this week’s mobile tech podcast!

That’s the text that leads us in to each episode of the Pocketnow Weekly: a column of virtual prompts on the rough rundown reminding us that, after our loosely scripted intro block, there’s a gulf of pure off-topic nonsense between the opening music and the rundown’s news section. It’s a handful of minutes devoted to office banter, good-natured ribbing, and, in today’s case, an EQ experiment by our own Taylor Martin that results in him literally reading the “vamp” cues out loud like the delightful troll he is. That’s the kind of stuff you’re missing if you skip the top end of the podcast every week, folks, so use those time-code clicks sparingly, y’hear?

Fortunately, there’s much more meat after all the vamping – so much so that we pulled the trigger on this week’s show a little earlier than usual in order to fit it all in. In addition to the glut of Galaxy S 5 and Nexus 10 rumors, we’ve got a lot to say about Motorola’s changes to its Moto X and Moto G, about how much it costs to seduce manufacturers into building Windows Phones, and just how worried we should be about Google/Nest and recent troubling developments in the net neutrality debate.

As if that (plus listener mail) wasn’t enough, we also use this week’s feature segment to welcome friend of the show Hayato Huseman, who shares with us some of the ups and downs of being a first-time International CES attendee!

All that, plus some truly top-notch half-asleep stuttering, await you on episode 079 of the Pocketnow Weekly. So turn the volume up and rip the knob off: we’re here to talk mobile tech, and it’s gonna get weird (in all the right kinds of ways). Send feedback, questions, and requests to podcast [AT] pocketnow [DOT] com. Follow us on Twitter, Facebook, Instagram, and Google Plus to stay apprised of the latest episodes. Tell your friends about the show so we don’t have to do a telethon to stay on the air. Join our forums to offer topic suggestions and more. And thanks for listening!

LG G2 gets the gold treatment

Nexus 10 render, specs leak; can we trust them?

Google buys Nest; what will this mean for EnergySense?

How much could Microsoft be paying companies to make Windows Phones?

Apple paying $32.4 million to parents as part of FTC settlement 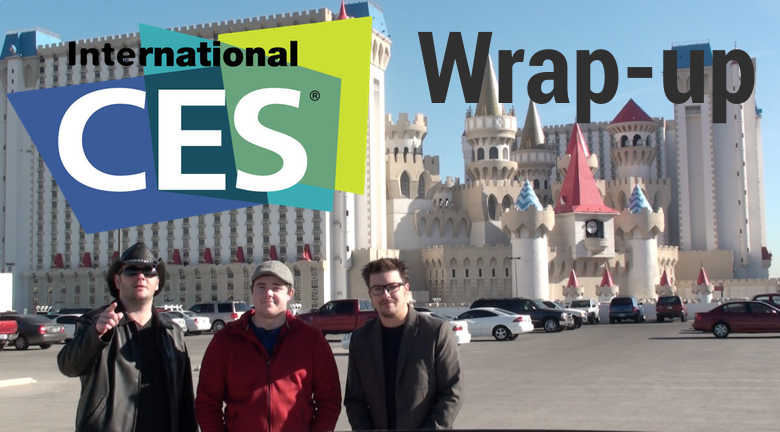 Tech4Geeks‘ Hayato Huseman joins us to share his experience of being a first-time International CES attendee!