Update 3: Annnnd there we have it. VIP is complete and video is embedded below. Thanks to all who tuned in, and especially to those who contributed questions. See you on the next VIP!

Update 2: All right folks, here we go! Wish us luck on our second attempt, now that Google’s services are (hopefully) fully restored. See below for embed.

Update: Sorry folks, but a global Google services disruption struck literally seconds before we hit the “Broadcast” button. Until Google gets this worked out, we’ll be unable to kick off the VIP. Please stand by.

At Pocketnow, we think we’ve assembled one of the best teams in mobile tech reporting. But mobile is a huge space to cover, and the list of outlets covering it is equally massive. Making up that techno-blogosphere is a long list of personalities – some eccentric, some conventional, but all interesting.

With the Pocketnow VIP (based on the popular Pocketnow Live), we aim to get to know some of these outstanding personalities – where they’re at, where they’re going, and what circumstances conspired to make them the people they are today. Because in a nuts-and-bolts world like technology, it’s important to take a step back every now and then to consider the flesh-bags that bring the news to you. Especially the outstanding ones.

In the first episode of the Pocketnow VIP, we were joined by Jon Rettinger of TechnoBuffalo. We followed that up with an episode learning about Phil Nickinson of AndroidCentral. For numbers three and four, we hung out with Marques Brownlee of MKBHD and Mark Watson of SoldierKnowsBest. This time around, we’re sitting down to chat with the “Technology Nerd Who Likes to Film Stuff,” YouTube personality and tech blogger Erica Griffin of AngelOfTech! 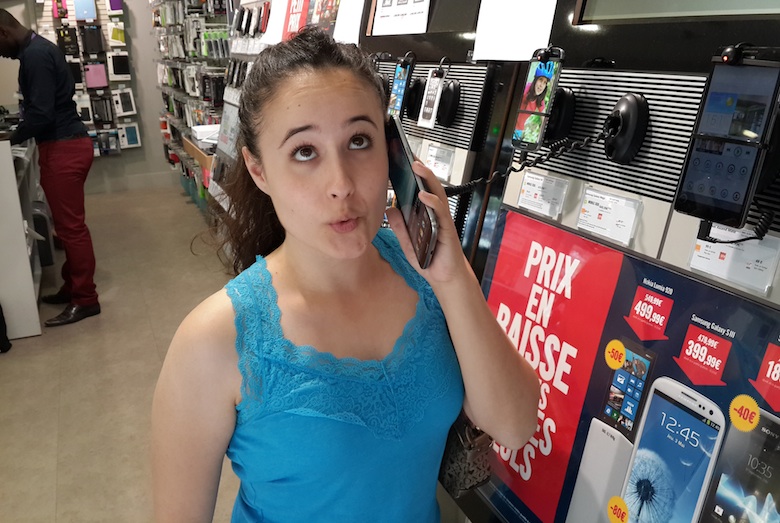 We’re not trying to fix what ain’t busted, so we’ll be following our standard VIP format for our latest episode. We’ll sit down with our guest in a public (but closed) live Google Hangout. This means you’ll be able to watch and comment during the broadcast, but due to the one-on-one nature of the VIP, you won’t be able to join the room to interact.

Episode 5 will air Friday, January 24, at 2pm ET/11am PT (click here for your own timezone). We’ll talk all things mobile -and much more- with our VIP guest, a familiar face for those who value “insanely in-depth” technology coverage, Erica Griffin of AngelOfTech. So mark your calendars and prepare to settle in for a solid hour of getting to know this detail-oriented YouTube hostess!

If you have questions for Erica, we’d love to include them. We may fire up the on-air mailbox during Friday’s Hangout, but if you want to get your question in early, shoot it over to the inbox normally reserved for the Weekly: podcast [AT] pocketnow [DOT] com. Please keep ‘em brief, folks.

Note: The live hangout will be made public on all our social channels, as well as embedded in this post, five minutes before start: Twitter, Facebook, and Google+.

Realme is working on a MagSafe-like technology, called MagDart. The Realme Flash will be the first Android device to support Magnetic Wireless Charging.