For a while now, the mobile-tech review landscape has looked much the same. Reviewers like us craft lengthy written pieces packed with charts, photos, and videos, and readers like you … read them. Sure, you have the opportunity to respond in the comments, and most good editors will answer questions there, but there’s precious little real-time interaction between reader and reviewer. There’s not much chance to ask questions, seek clarifications, or take a quick look at that one little detail.

For a while, we’ve been trying to break down the wall between reviewer and reader – to allow you to (virtually) get your hands on a demo device and see for yourself how some feature, or measurement, or tiny detail feels. And -until the advent of holodecks- we think we’ve found the best way to do that.

Introducing the Pocketnow U-Review, a monthly, hour-long Hangout similar to the Pocketnow Live, but focused entirely on letting you get your fill of new mobile devices on your own terms. We keep the demo smartphone or tablet in our own hands, but for your five-minute block of Hangout time, you can ask us to show you anything and everything on that device (within reason). So get ready to ask away, because the U-Review is here to get you as close to hot new mobile devices as any fuzzy webcam can.

Response to it has been a little lukewarm in the comments, but there’s no doubt that the Sony Xperia Tablet Z is one of the most aesthetically stunning Android tablets we’ve ever laid hands on – and it’s water-resistant, to boot. We’re not sure if the lack of enthusiasm around here is due to the ten-inch tablet stigma, the Z’s high price, or something else, but it’s time to (figuratively) put it in your hands. We’ve given it the full review, and now it’s time to give it the U-Review.

But wait – there’s more! We also reviewed a smartphone this week. It’s a peculiar confluence of the familiar and the alien, an old friend clad in new robes: it’s the Nokia Lumia 928 for Verizon Wireless. We’ve reviewed it, we’ve compared it, and now it’s time to answer your questions about it, face-to-face. 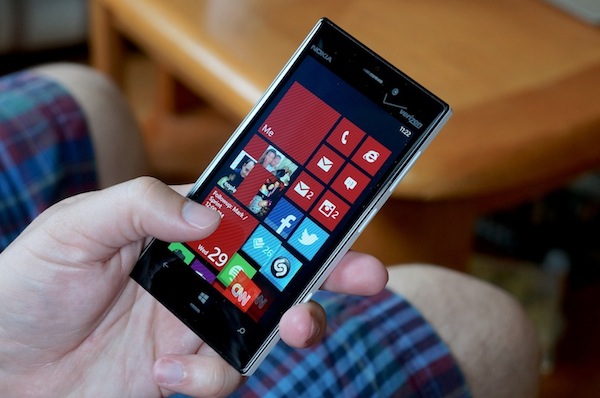 So tune in on Thursday, June 6, at 4:00 PM EDT for the second episode of the Pocketnow U-Review! You’ll be able to ask your own questions, share your own opinions, and ultimately give this new Android tablet and Nokia Windows Phone your personal thumbs-up or thumbs-down!

Note: Link for the hangout will be made public on all our social channels five minutes before start time at the following links: Twitter, Facebook, and Google+.

Live broadcast will appear below. After airtime, this embed will be replaced with the recorded show.

Join us at the following link: