Pocketnow Smart Home: it starts with the hub

When Pocketnow began bringing you news, reviews, and editorials over a decade ago, the industry was pretty limited in its product offerings. PDAs and smartphones, and other gadgets you could fit in your pocket were our primary focus. Since then we’ve covered accessories and the wireless networks that empower them, and have branched out into wearables and even fitness devices.

Over the years, the role smartphones play in our everyday lives has changed – significantly. In fact, studies have shown that we’re using our phones less for their intended purposes than we are for the new and varied activities that we would never have thought possible on a pocketable device even a few short years ago.

If we’re not using them as “phones”, what are we using them for? Smartphones are quickly becoming the “universal remote control” for our lives. 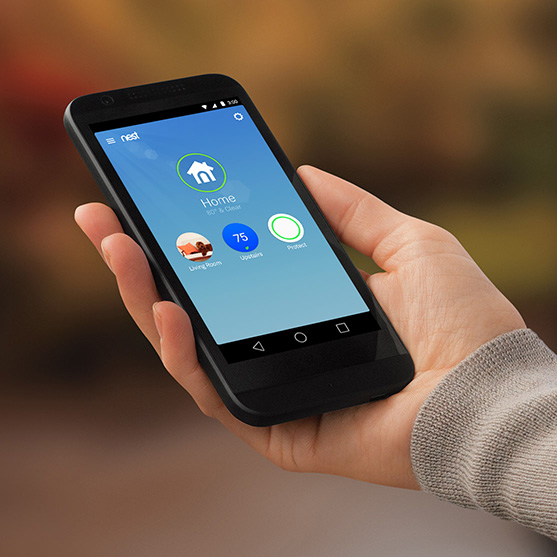 No, we’re not talking about one device to control your TV, Cable Box/DVR, and sound system. Instead we’re talking about your smartphone as the device that controls so much more: lights, garage doors, thermostats, deadbolts, and anything you can plug into an electrical outlet.

Picture this scenario: as you leave from home, your thermostat (talking with your smoke detectors) realizes that you’ve left and automatically sets your home to “Away” mode. The temperature is dropped, any lights you left on are turned off, your doors are locked, and your cameras start looking for “suspicious” activity to record. As you leave your WiFi coverage area, even your garage door is closed. All of this happens automatically, without you needing to touch a single button.

If it sounds like science fiction, it sort of is. But it’s here today, and it’s all controlled by your smartphone – well, sort of.

It Starts with the Hub

Your phone isn’t at center of your smart home – instead, that role is played by a device called a “hub”. This hub connects various devices to your home network, and ultimately to the Internet. This is the device that your door and window sensors talk to. It’s what gets the signal when your motion detectors detect motion. It’s what your garage door sensors tell when you’ve left the doors open. The list goes on.

In the past, getting all these sensors to talk to each other hasn’t been easy. Generally speaking, professional installation was recommended, and devices based on different standards couldn’t be counted on to intercommunicate. How could they with so many standards out there – ZigBee, Z-Wave, X10, Insteon, UPB, KNX, C-Bus, S-Bus, EnOcean, and so on. Some standards are wired, whereas others use radio frequencies. In my opinion, ZigBee and Z-Wave are the most user-friendly protocols. Bluetooth and Bluetooth LE along with WiFi (with web service back-ends) are starting to gain in popularity, too. All told, these standards haven’t played nicely with each other – not until recently when hubs started adding support for multiple standards in one controller.

Various home security companies even began to offer smart home features, but are tied to a relatively expensive monthly fee and are almost always “closed” to any devices except their own. That’s when I started to get serious about finding a smart home solution that didn’t require professional installation, wasn’t prohibitively expensive, and would let me monitor and control my house from my smartphone.

I looked into the leading hubs: Wink, Vera, SmartThings, and Lutron. Some sites even called the Nest Learning Thermostat a “hub”, and lumped it into the same category as the others, but it’s really not. That’s when a Kickstarter campaign from Securifi caught my attention: Almond+, an 802.11ac router with a smart home hub built-in. I backed the project, kept tabs on the production updates, and eagerly awaited the new device.

Not long after that, my wife and I got the plans for our dream home underway. Having already purchased the Almond+, we reached out to Securifi to see what the company recommended for our new home and they offered a set of sensors and controllers to help bootstrap our smart home project. We moved in Thanksgiving night, 2015, and have been unboxing ever since. 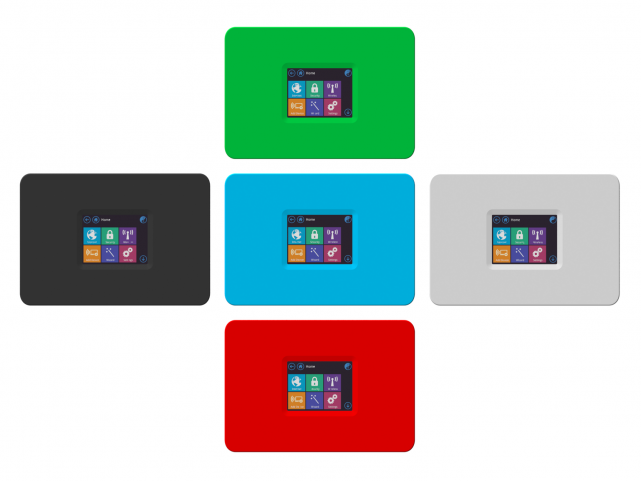 One of the first things we installed was the Almond+. Getting Internet access to the house was quite a challenge: Comcast/Xfinity backed out on their assurance that our lot could get their service, the local DSL provider said we’re too far away to get anything but dial-up via their phone lines, and two terrestrial wireless ISPs (WISPs) said they’re “over saturated”. It came down to satellite or one last WISP. In the meantime, most of the other smart home hubs would have been paperweights – since the majority require an Internet connection to work. Not so with the Almond+ – with it you can set up sensors and rules, completely offline.

Once we finally did get Internet service at the house, rather than using the Almond+ as our primary router, I installed it upstairs and set it up as a wireless access point, which has helped me extended WiFi access to the far end of the house. Again, something Securifi’s product offers that most others do not.

We added motion sensors and turned notifications on which pushed messages to my phone whenever someone pulled into the driveway or tried to come in our basement door. We plugged our Christmas lights into two “Peanut” plugs, and set up some rules to automatically turn the lights on in the morning and off at bedtime.  We still have other sensors to install, and many more rules to set up. Thankfully, all of that is very easy with Securifi’s Almond family of smart home hubs.

We’ll go into sensors and other devices that can hook into your smart home hub in future installments of the Pocketnow Smart Home. In the meantime, if you’re interested in turning your old-fashioned home into a smart home, your first step is getting a hub. Do your research and find out what hub will work best for you, and stay tuned as we dive deeper into what products are out there, and how to get everything setup and automated.

We get more details about the upcoming Microsoft Surface Duo, where we get interesting information about the Surface Pen’s features