Update 2: Consider this your double-secret probation, absolute last-chance notice: the polls close tonight. Get your votes in while you can, and check back on Monday to see the winners!

Update: It’s been just about one month since our year-end readers’ poll got started, where we asked you to pick your favorite phone and favorite tablet from 2013. So far the response has been great; we’ve heard from thousands upon thousands of you already. Still, we’re going to have to close the polls sooner or later and actually announce our winners, so we’re setting an end point for this all: you have through the end of Friday, December 20 to cast your votes.

We won’t spoil anything by giving away which devices are in the lead, and while some models are showing huge fanbases behind them, there’s still time to influence the results – for instance, there are fewer than 150 votes separating the second, third, and fourth place spots in the smartphone race, so we can still see devices gain ground.

So place your votes while you can, and see if you can’t just help your favorite models snag those top spots! Then look for us to announce the winners, and show which models fell just a little short of the honor. Thanks again to everyone who’s voted. We couldn’t be doing this without your input!

We’re really getting into the home stretch of 2013 right now, and after a holiday or two, before you know it we’ll be waking up from our New Year’s hangovers (from all that sparkling non-alcoholic cider… yup) and finding ourselves ready to get 2014 started.

That’s going to mean a year packed full of the highest-end hardware available for mobile electronics to date, a year of jaw-dropping software achievements, and of course, a year of the top-notch reviews, news, and editorials you’ve come to expect from the team here at Pocketnow. 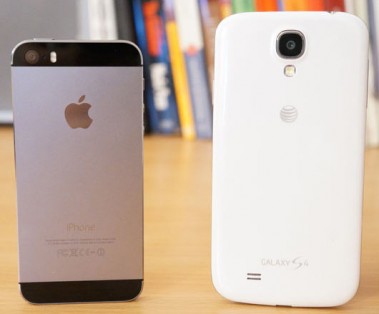 But before we get ready for that new adventure, we wanted to hit the brakes and try something a little different first. All year long, we’ve been telling you about 2013’s smartphone and tablet lineups. You’ve read our reviews, you know what we think about the devices out there, and hopefully you’ve used that information to assist you with your own hardware-purchasing decisions.

This year, we’ve been trying to get you, the reader, especially involved with Pocketnow. Maybe you’ve stopped by Pocketnow Live to say “hi” to us, or you’ve been posting up a storm in our re-launched Pocketnow Forums. It’s been great connecting with you all in ways like those, but now we’re going to step back for a moment and really let your opinions be heard.

It’s not going to be the Pocketnow editors telling you about the best smartphone and tablet in town this time around: we want you to choose them for us.

Throughout the rest of the year, we’re inviting readers to participate in the first annual Pocketnow Readers’ Choice awards, letting you decide the smartphone to end all smartphones… for 2013, at least.

Starting within the next few days, you’ll see a couple polls running in the site’s sidebar over to the right, as we collect your votes. They’ll keep running for the remainder of the year, before we tabulate everything and announce the winners you chose.

In order to keep things manageable, we haven’t included every smartphone or tablet to launch in 2013, but we think we hit all the important notes. Familiarize yourself with the candidates below – think things over for a while if you need to – and then cast your votes. We can’t wait to see just which models you guys end up crowning 2013’s best.

All right, enough with the formalities; who’s ready to start placing some votes? If you’re still on the fence about a few, click through on those product links to see what we’ve had to write about them lately, and get the info you need to decide on your top smartphone and tablet picks.

And don’t forget, while you can place your vote here, we’ll be running both these polls on the site’s sidebar in the coming days (hence, the preposterously tall-and-thin appearance), so you can always wait until then if you still need to think on things.

Thanks to everyone who decides to participate! We’re going to love finding out just which smartphones and tablets really won you over in 2013.