Get to know Pocketnow’s Stephen Schenck

Pocketnow Insider isn’t just about video. It’s a collection of posts that offers a glimpse behind the scenes of Pocketnow – and a brief look into the lives of the people behind it. This new recurring text series offers you the opportunity to get to know our editors better, outside the scope of their work here on the site.

Last week, we hooked up with Michael Fisher to learn about his journey to joining our team, and in the weeks prior we brought you biographical sketches of Windows expert Adam Z. Lein and our Managing Editor, Anton D. Nagy. For our fourth installment of this series, we’re turning our attention to Chief News Editor Stephen Schenck. You’ll find out about his background and a bit about his duties here on Pocketnow, as well. We hope you enjoy this new series documenting the lives of the people who keep the site running!

The first few of these Pocketnow Insider bio pieces have begun way back at the starts of our editors’ lives, but I’m going to do things a little differently. For those of you who pay attention to the way we do things around here, that might not come as a big surprise, since I like to keep a much lower profile than the rest of the team; that’s why you’re not seeing me pop up on Facebook, Google+, or that much on Twitter. As such, I’m going to keep this constrained to details of my professional life, and tell you a little bit about how I came to be covering smartphone news for all of you here at Pocketnow. 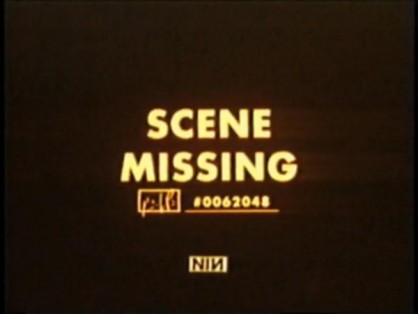 Believe me, it’s nothing against you guys; I love chatting with you all in post comments. But I just can’t get myself on board with this wholesale online publishing of personal tidbits that’s become the norm. I know, it’s all Luddite and crotchety of me; some parts of life are better kept for the meatspace.

I still dabble with social networking – I have a personal Twitter account (though that’s seriously been stagnating) – but the bulk of my communication with friends takes place over email or on private forums that aren’t indexed by the likes of Google.

So, sorry – no cool anecdotes about accidentally blowing up the family doghouse or crazy college shenanigans this time around. Instead, let’s pick my story up from shortly after I left college.

After graduating college, I didn’t know what I wanted to do. At all. My degree was in one of those humanities fields that sort of leaves the door open for doing anything. I knew I liked science and computers, but had been hesitant to make a career out of either – especially the latter. When I was younger, that might have been a dream, but the reality of the software industry sunk in, and I didn’t want to end up overworked and under-appreciated. Not knowing what else to do, I started temping.

Back in the early ’00s, the American job market was actually decent, and I quickly flipped my second temping assignment into a full-time gig, doing alumni development work at the same university which I had just left. That was fine by me, as I was still dating an underclassman and had plenty of friends around. 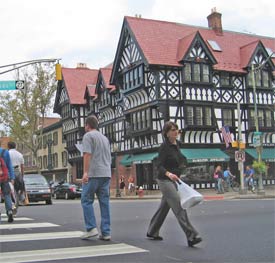 Office work was neither particularly challenging nor fulfilling, so after a few years of that I packed things up, and as that underclassman had by then earned her master’s and was itching to get started on a doctorate, we took off for bucolic Princeton.

Work was a lot more difficult to come by in central New Jersey, and that wasn’t helped at all by a pretty strident objection to taking on any kind of serious commute – I had grown quite accustom to working just a fifteen minute walk from home, and couldn’t stomach the thought of losing a couple hours a day to sitting in traffic.

Eventually, I learned that someone I had known growing up, whose family and mine still kept in touch, was working at Engadget. Those of you who have been following Pocketnow for a while will recognize this name, as I’m talking about none other than Evan Blass, who was a member of our team here until last year. I got in contact, threw together some writing samples… and Engadget ultimately passed.

That was a setback, sure, but considering how I had never written professionally before, I wasn’t going to take it too personally. Thankfully, about a year later, Evan had hooked up with another site which was looking for writers, and he remembered me from that application. He got me in touch with the people behind this new gig, and when they liked what they saw, I was working for Obsessable.com just a few days later.

Obsessable was in many ways like an Engadget – not in its stature, certainly, but in the nature of what it covered. We wrote about all manner of electronics, from TVs and video game consoles, to cameras and yes – even smartphones.

While I started off like many online writers do, getting paid per-post, after a few months I was moving up in the world and Obsessable took me on full-time. The good times were good, but eventually the site had to start tightening the purse strings: I was given the option to move back to a lesser role, but thought it better to simply take the opportunity to part ways.

For a while, that was it for me when it came to writing, and I went back to looking for something to do in Princeton. I was always pretty awesome at standardized tests, so this being Princeton, I signed up with The Princeton Review, teaching test prep. The people there were very cool, it was right down the street from home, and even if I was in my late 20s by then, it felt nice to know I could finally get a perfect on the SATs – that still impresses girls, right?

Out of the blue, I heard from Obsessable again one day. It had basically become a one-man operation, and that guy was about to leave. With all my experience there, I was offered the chance to take over the primary posting duties. Perhaps I should have seen this coming, but this didn’t last either, and after doing that for another ten months or so, Obsessable closed its doors for good in late 2010.

I started reaching out to some of the colleagues I had made, looking for any sign of work, and as was rapidly becoming a pattern in my life, Evan had moved on to another site which just happened to be looking for writers: Pocketnow. He got me talking to Brandon, and the rest is history. 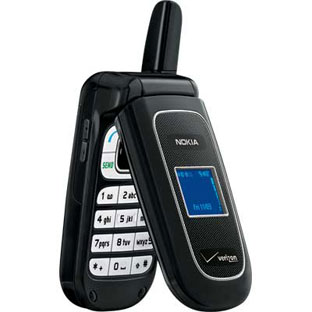 I remember one of my early phone calls with Brandon and Evan, when I was seriously skeptical about begin able to meaningfully contribute to a smartphone-only website. After all, my only experience was with general electronics coverage, and this seemed hugely specific – like an artist being told he can only use blue crayon from here on out. I was petrified that I’d last about a week before I either had exhausted my knowledge of smartphones, or just gone a bit stir-crazy from the monotony I perceived was in store for me. Heck, I didn’t even own a smartphone at the time, let along a handset with new-fangled features like a camera; for a while there (until dipping my toe in the Android pool with the OG Moto Droid), I was rocking a Nokia 2366i as my daily driver.

Thankfully, those fears couldn’t have been further from the truth, and just a week or two after leaving Obsessable I was up-and-running at Pocketnow, full steam ahead. I was still doing a lot of Princeton Review stuff at the time, and for the next few months I split my time between the two. By spring 2011, Pocketnow offered me the chance to once again write full-time, so I wrapped things up at TPR and settled in to the life of a smartphone writer.

The next big change for me happened about a year ago, when I expanded from the straight news coverage I had been doing to include editorials. At first, I was flashing back to that phone call, with some similar concerns: at least news keeps happening independently of me; how am I going to constantly think up interesting editorial ideas, week-in and week-out?

Well, I’m not going to claim I’ve hit them all out of the park, but after doing editorials for a year or so now (this will be my 132nd), I think it’s safe to say that my concerns were (mostly) unwarranted.

Looking back, I’m quite happy with where I’ve ended up. Sure, there’s the occasional slow day, when it feels like I have nothing to tell you about but the latest craptacular HVGA no-name Androids, but then there are those lovely periods, like when we cover CES or MWC, where even just news reporting becomes an exciting, round-the-clock race.

Where from here, then? I sure can’t say, but Pocketnow’s always going to be trying out new ways to get you more involved with the world of smartphones, and I’m along for the ride. You may have caught me on the odd Podcast or Pocketnow Live, and hopefully you’ll be seeing more of me in places like that in the months to come.

Check out the latest smartphone deals from Amazon and B&H that feature the latest Google Pixel 5, the OnePlus 8T and more

Check out the latest deals that come from Amazon and Woot, where we find Apple’s iPhone XR, the Samsung Galaxy S20 FE 5G and more on sale