Will Apple ever release a plastic iPad?

Ready why it might be time to start looking for Apple to release a plastic iPad, instead of the metal designs it’s favored to date.
Published 17 September 2013, 07:05 EDT

Apple’s new iPhone are upon us – well, nearly enough, anyway, and in just a handful of days, eager Apple fans will have their first shot at picking up an iPhone 5S or 5C (above) for themselves. This year’s offerings aren’t really about specs, not as far as I’m concerned, anyway, and the most interesting context I see in which to view these releases is one of design.

After all, Apple’s taking some pretty major steps here with the look of its phones. It took the company a number of years to even add a white option to its base iPhone offerings, and now it’s dropping the gold 5S like it’s no big deal at all. But more than just that, we have the 5C, and this pending arrival of five new plastic-body iPhone options. 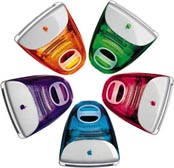 In many ways, this new focus on color and different materials takes me back to Apple’s past. Sure, the fifth generation iPod touch is the most recent of Apple’s previous portable devices to go down this path, but the same routine’s been a regular part of the iPod world for years: the iPod Mini’s been doing the rainbow thing since 2004, and the color selection only grew with Nano models. Looking even further back, you could argue that a lot of this dates from Apple’s experiences with the old iMac.

It’s not too hard to see why Apple might be looking to brighten up its iPhone lineup a little. Colorful phones are pretty big right now; Nokia’s swept the Windows Phone market with its vibrant offerings, and Motorola’s been getting attention for the sort of vivid handsets users can configure with its Moto Maker tool. Apple’s generally not a company that likes to give the appearance that it’s playing catch-up, but maybe here it was more trying to get ahead of the ball a little.

That’s got me wondering what all this colorful, plastic business might spell for Apple’s tablet family. Sure, we’ve seen the iPad 5 and iPad mini 2 hardware leak a number of times, and while there’s no doubt in my mind that those are the metal designs we’ll see those models launch with, what about next year’s options? Could we see Apple try extending this look over to the iPad 6 or iPad mini 3?

Maybe. I can think of a few good reasons why Apple might not want to try something along these lines, though.

First, there’s price, and how the premium nature of its products that lets Apple charge what it does. Now, I think that a lot of people are going to be pleasantly surprised with the build quality of the iPhone 5C once they finally spend some hands-on time with the hardware, and this idea that plastic, colorful iOS gear is somehow inferior to current metal designs will pass without putting up much of a fight. But there’s a big difference between a $100-on-contract phone and a tablet that starts at $500. Sure, that stops being an issue when we look at off-contract prices, but the US market just isn’t there yet, and the 5C is going to be seen as a $100 phone to our subsidy-blinded eyes. 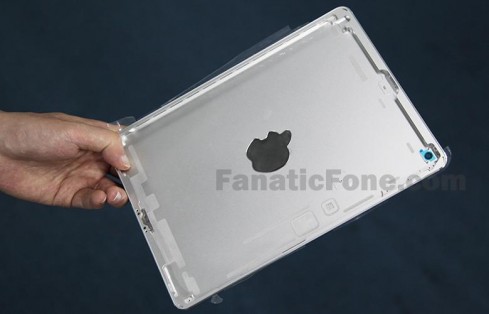 If Apple ever does release a plastic iPad, shoppers will expect it to be sold at a lower price, and unless Apple simultaneously cuts back on other hardware – as it did with the 5C – that’s going to mean eating into margins. Because make no mistake: a metal tablet may cost more than a plastic-bodied one to manufacture, but not to the tune of $100 a unit.

Thickness could also be a problem. The 5C is only a little over a millimeter thicker than the 5S, but rigidity is only more difficult to achieve as you start scaling sizes up, and a plastic iPad may be noticeably thicker than its metal cousin, to the tune of a couple millimeters or more. That may not sound like much, but Android’s share of the tablet market is growing fast, and even pressure from Windows 8 devices could soon be something Apple needs to think about – the last thing Apple needs during all of this is for the iPad to suddenly seem like it’s chunky and ungraceful, especially in comparison to these usurpers.

All that said, this could be a great opportunity for Apple. No other OEM has really established itself as the go-to guy for fun, colorful tablets, and Apple could get in on the ground floor. And how cool would it be to have a bright green tablet to complement your new iPhone 5C?

But will Apple actually entertain this notion? Honestly, I’m doubtful, though I really think it would be worth Apple’s time to explore. The iPad is growing stagnant a whole lot faster than the iPhone is (not helped in the least by Apple’s penchant for no longer enumerating iPad models), and some slimmed-down bezels won’t cut it forever. That means the challenge of engineering some impressive new hardware, coming up with a killer software hook, or just taking what I even now hate to categorize as the “easy way out” and bringing some new colors and materials to the lineup.

After these latest iPhones, nothing seems impossible, and next year very well could be the one for a colorful, plastic iPad.