Why I’m keeping the Pixel C, flaws and all

Google’s new convertible has taken a lot of flak from the media (Pocketnow included). But after using the Pixel C for a month, I like it enough to keep it.
Published 14 January 2016, 18:11 EST

The question comes sharp and laced with an incredulity borne of too much exposure to the power-user tech-news cycle: you actually like the Pixel C? Why?

It’s a fair question. Our review, while largely positive, called into question the Pixel C’s pricing and its apparent identity crisis –is it a tablet or is it a convertible?– while other outlets dove deep to discover its troubled upbringing. With such a damning origin story and an overpriced accessory practically required to make the thing worth using, why would a so-called technology expert like me take a $650 hit to build the Pixel C into his workflow?

Well first off, a personal note: I make weird choices when it comes to the mobile technology I carry. I’m the guy who agreed to spam his Twitter feed with extraneous hashtags just for the privilege of taking home the dramatically undercooked Lumia 950, the guy who’s probably going to buy a BlackBerry Priv for personal use. I’ve made such a habit of buying odd smartphones and tablets that I once wrote a whole column about how you shouldn’t emulate my choices.

But more broadly, the Pixel C is only a bad choice if you’re looking at the big picture. When you take into account the fact that this hardware was probably designed for a different OS, the fact that Android still doesn’t scale terribly well to large screens and the inability of some popular apps to run in landscape mode, the thing seems like a dubious buy at best. If I’d read extensively about the Pixel C before laying hands on one, I’d have sent the thing packing before it got to my door.

Thing is: if you’re accustomed to a certain mobile lifestyle and you actually use the thing for any length of time, it can really grow on you. Due of the amount of video editing involved in my work I use a MacBook Pro when I’m traveling; while it’s got a lot of power, it’s also got a lot of mass. Before the Pixel C, I’d considered picking up the new MacBook or using Pocketnow’s loaner Surface 3 for writing on the go … but the high cost of the former and the bad performance of the latter put me off. So I stuck with the Pixel C for the text side of my CES 2016 reporting, and from the tiny tray tables of Southwest 737s to my own tiny lap space at overcrowded press briefings, the airy little Pixel C was a joy to use. 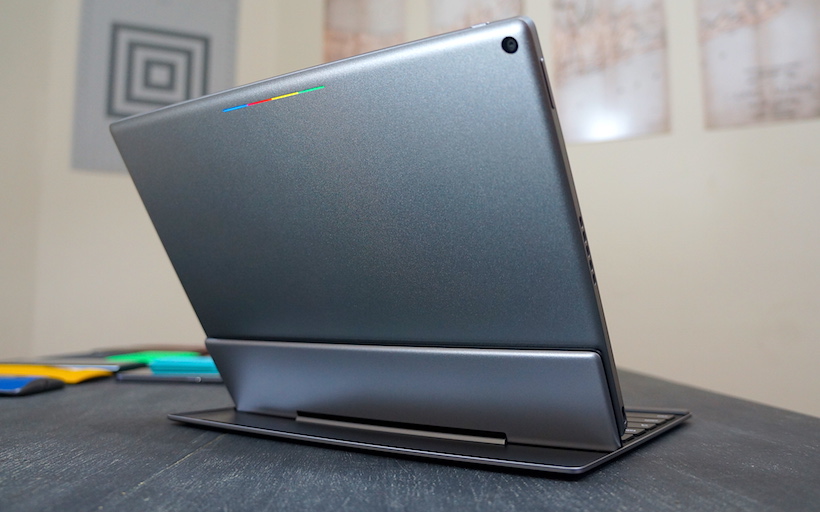 I use the Pixel C almost exclusively for email and article writing, so I’m almost never pushing it to the edge of its capabilities. I hate Hangouts interruptions while I’m writing, so the lack of split-screen multitasking means I simply don’t jump over to the Hangouts app when a message comes in. When I absolutely need to hop into Chrome to research a point, the small amount of multitasking lag doesn’t really get on my nerves because I’m just not doing it that often. Running Spotify in the background works just fine, as does streaming the resulting audio to a set of Bluetooth headphones. And the keyboard is an absolute dream to type on. The Pixel C is a really good example of the less-is-more philosophy in action.

I know – that’s a cop-out. As valid as the “more productivity through less capability” argument can be for an easily-distracted person, it’s no reason to paint a disappointing product as an excellent one. But the Pixel C’s mobile architecture also brings some real benefits. If my phone’s in another room and I’m too lazy to go find it (but I still really want to know what Stephen Schenck’s saying on Snapchat), I can fire up the app just like I can on a phone. While that’s also possible on the Surface using an emulator like Bluestacks, it’s much more straightforward on a pure Android device like the Pixel C. And the lack of a heavyweight OS means the Pixel can go a lot further on a battery charge than some desktop-class convertibles out there. 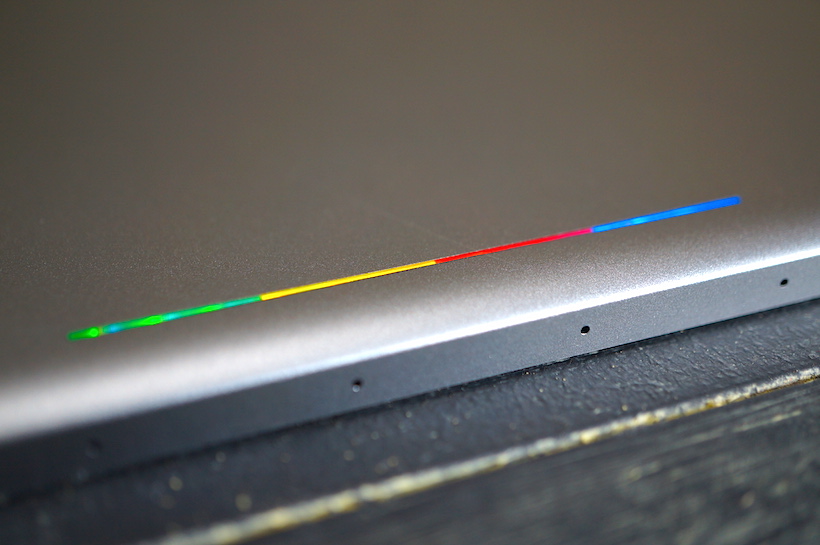 Finally, a lot of my affinity for the Pixel C comes down to my obsession with futuristic aesthetics. Even without its accompanying keyboard, this is a gorgeous tablet. Between the metal unibody construction, just-thick-enough bezels and the LED light strip it inherited from its Pixel predecessors, I think it’s the best-looking Android tablet you can buy today. Factor in the slick magnetic keyboard attachment with its robust hinge, the neat double-tap-activated battery meter and the four-microphone array that powers Google’s excellent voice interface, and in addition to best-in-class looks you’ve got a product that truly feels like it came from the future. (If all that fails to impress, the magnets built into the casing mean you can throw the Pixel C up on your fridge and have yourself a nice kitchen TV on the cheap.)

Again, it’s not my intention to gloss over all of the Pixel C’s shortcomings. In addition to bearing the hallmarks of having been rushed out the door to meet a holiday deadline, it’s yet another example of “should have come with the keyboard in the box.” And keyboard or no, Google is asking too much money for this device, given the software compromises inherent in any Android tablet. But as I wrote in our full review, the Pixel C is more a marketing and positioning failure than anything. It only looks like it’s trying to keep pace with its far-more-powerful Windows-running competition. If instead you buy it with the knowledge that what you’re getting is a very capable Android tablet (and nothing more), then it makes for a really portable, really wonderful little mobile sidekick for light work on the go. If your lifestyle is anything like mine, that’s a pretty easy thing to get behind.

Check out the latest deals on Smart TVs from Vizio, TCL, and other brands. Several LG monitors are also on sale

The upcoming Xperia Compact phone from Sony reportedly features a 5.5-inch display, a…