Check out these Google Pixel 4 XL renders! They suggest a total of five cameras, and, apparently, there will be no notch.
Published 09 July 2019, 14:00 EDT

A Pixel 4 XL was seen in real life shortly after Google itself has put an end to speculation and decided to leak the upcoming phones itself. We later heard about the possible physical dimensions of the Pixel 4 phones, and code was uncovered revealing the possibility of a telephoto lens. Now, gathering all the reports and based on their own sources, Pricebaba and @OnLeaks have published the Pixel 4 XL renders you’re seeing above and below.

Apparently there will be five cameras in total: two on the front, and three on the back. You will immediately spot the lack of a notch, as Google, according to these renders, seems to have ditched it moving from the Pixel 3 XL to the Pixel 4 XL. This, however, means the return of a rather large bezel at the top, with a somewhat smaller chin on the bottom.

The report mentions dimensions of 160.4 x 75.2 x 8.2mm, and, with the lack of a fingerprint scanner, Google could tuck it under the display, or replace it with a Face Recognition option. The back features three cameras: a standard, a telephoto (revealed by code), and possibly a ToF sensor. As far as internals are concerned, it’s possible that the Pixel 4 XL will feature a Snapdragon 855 SoC with up to 6GB of RAM. 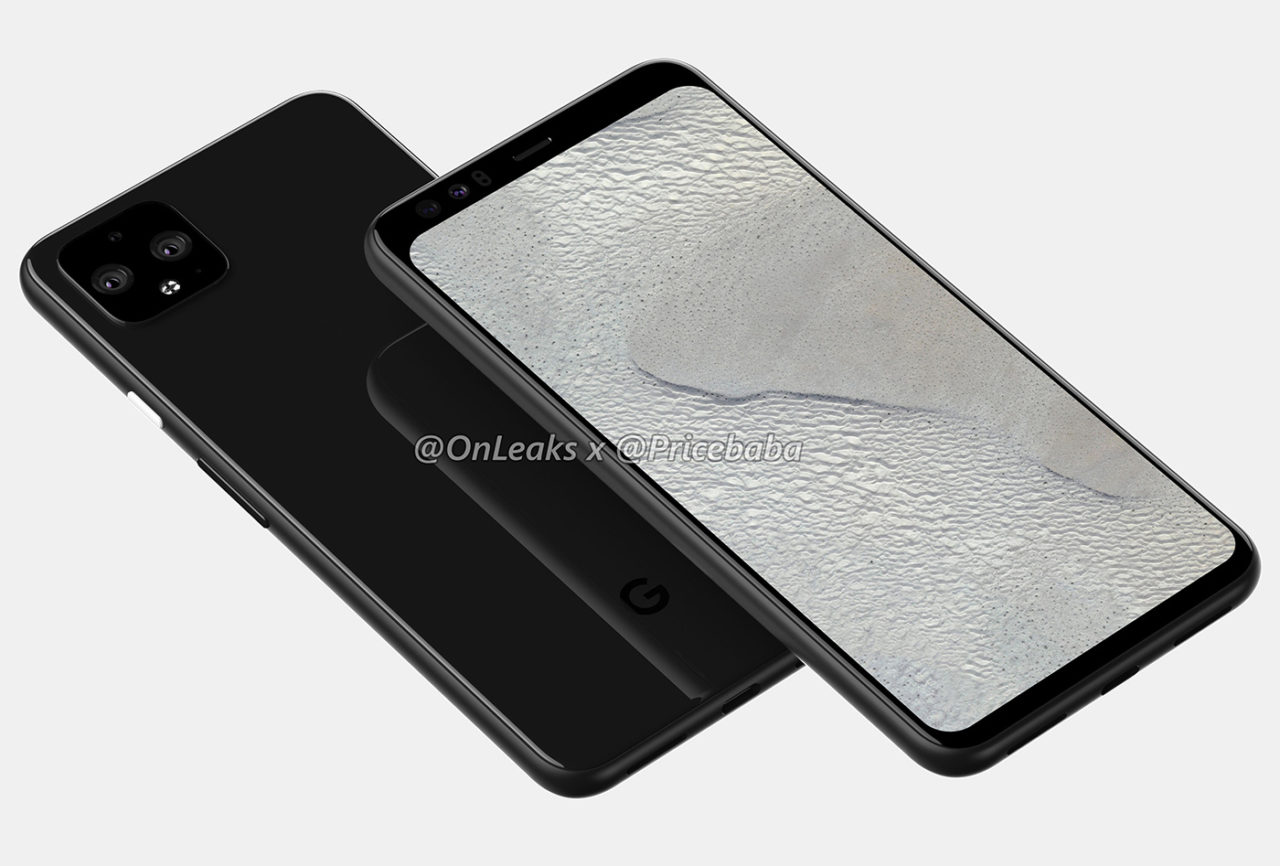