Pixel 4: the return of the bezel, and some ‘groundbreaking’ new tech

A set of leaked Pixel 4 and Pixel 4 XL screen protectors confirm the return of the bezel, its large size, and some mysterious oval cutout.
Published 21 July 2019, 02:00 EDT

Plenty of details have already emerged revealing many of the upcoming Pixel 4 and Pixel 4 XL features, including real-life sightings, and the overall aspect, including the lack of a notch. Google might have decided to say goodbye to the cutout on the top of the screen, but that hardware will now be placed on a fairly large bezel, as the alleged screen protectors above reveal.

What’s even more interesting is the fact that, aside the earpiece, selfie camera, and sensors, there’s an oval cutout on the far right side of the bezel. There are plenty theories out there, adding to the mystery, from dual-front-facing cameras to advanced, Apple FaceID-like hardware, to even gesture control hardware.

The leak mentions that the Pixel 4, and Pixel 4 XL, for that matter, will feature “groundbreaking and new and worth looking forward to”, which is something dual-selfie cameras are not worth the title. Project Soli, however, Google’s gesture control approach which recently got the an FCC waiver, could. 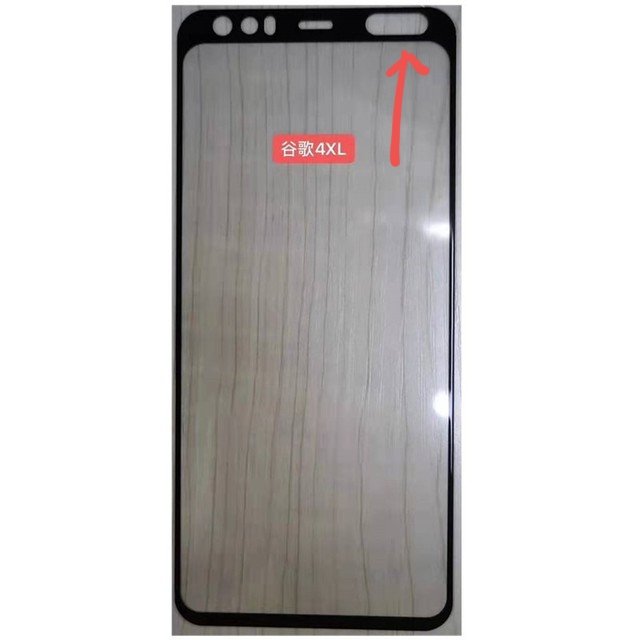 The oval opening of the Pixel 4 Series front panel means that the Google Pixel 4 Series will be groundbreaking and new and worth looking forward to. pic.twitter.com/9Pg9bGcWrs