We’ve already seen what the Google Pixel 3 XL will look like, thanks to leaks. Both in white, and black. Both of these leaks had FastBoot information displayed on the screen and 4GB of RAM was clearly displayed. Now, thanks to a recent benchmark result, we get a confirmation for the amount of RAM that will power the Pixel 3 XL.

The GeekBench results also confirm another aspect of the device: the processor. The Pixel 3 XL will be powered by the Qualcomm Snapdragon 845 SoC, which was never doubted, but it was. never confirmed either. Not that they matter, but the results for Single-Core and Multi-Core tests were 2,426 and 8,355, respectively.

Rumor has it that there will be a 64- and a 128GB version for those who need more storage. On-board will be Android P, which has been hinted for August 20, even though the Pixel 3 and Pixel 3 XL phones are expected around September-October. 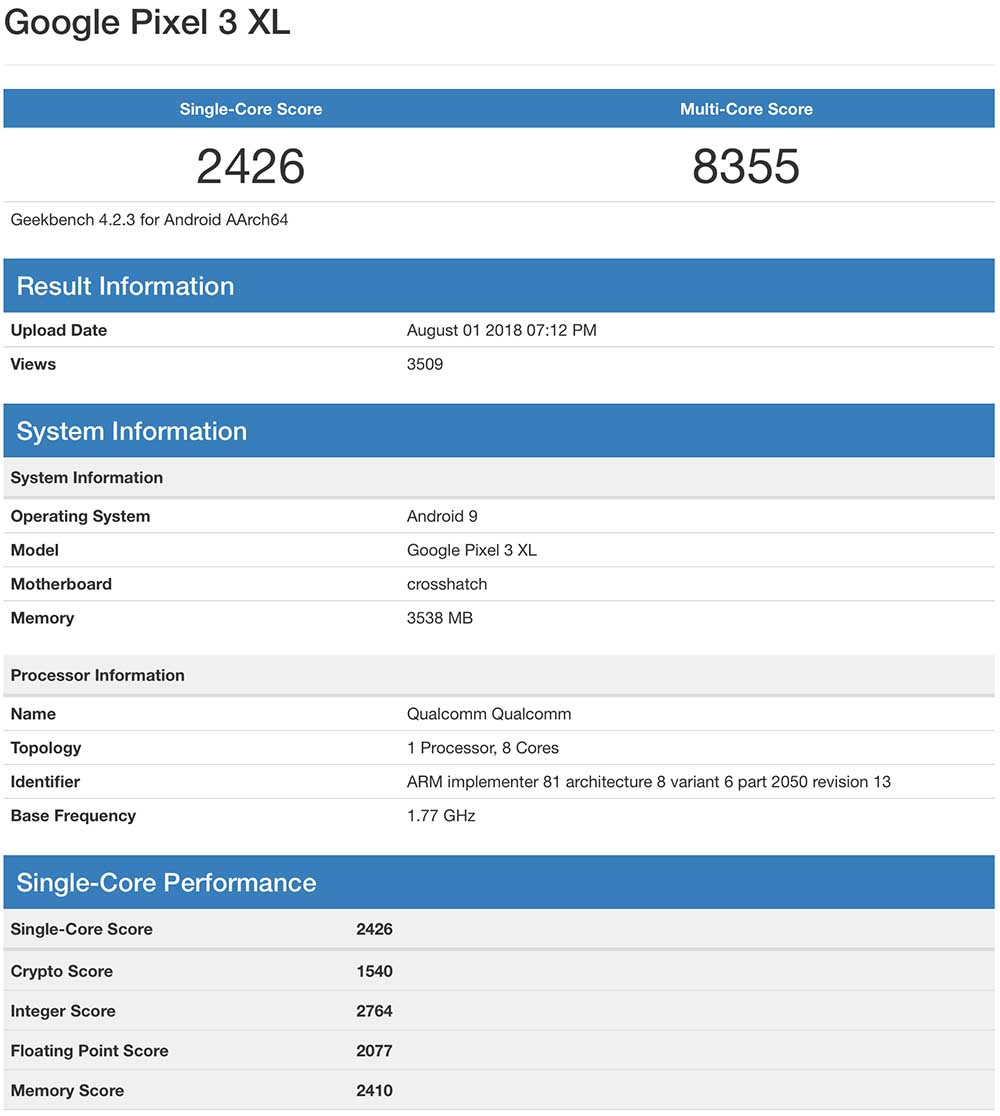