Even though most Android fanboys know this, I continually hear about their disdain for the notch and how Android OEMs should be ashamed for copying the design of the iPhone X.

If you haven’t been paying attention lately, it seems like every new smartphone these days is sporting a notch. Most everyone credits Apple for starting this new design craze, but the iPhone X doesn’t actually get the credit for being the first smartphone with a notch. That distinction goes to the Essential PH-1.

Even though most Android fanboys know this, I continually hear about their disdain for the notch and how Android OEMs should be ashamed for copying the design of the iPhone X. While the notch can seem a bit silly at first, it’s actually the only real way to increase screen-to-body ratio without removing the front-facing camera, earpiece, and other sensors that we typically get on the front of our smartphones. 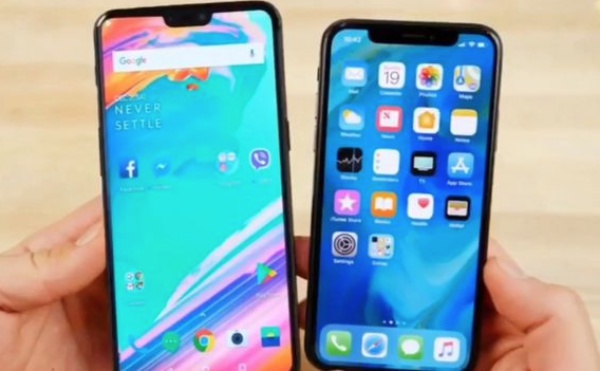 That being said, it seems some people are more concerned about Android OEMs copying design elements from Apple simply because they’re “the enemy.” I totally get that competitive spirit since I’m an avid Android fanboy and like to point out when Apple is stealing ideas from Google or other Android OEMs, but this time, we’re barking up the wrong tree.

What makes this whole thing so entertaining for me is that the same people who lament about the notch now will likely be those who will buy the Pixel 3XL – a phone that will definitely be sporting a notch. Once Google accepts the notch, so will everyone else.

The whole notch debate brings me back to the days when Android introduced on-screen navigation keys. The feature didn’t make Android better or change how the phone was used, but it created a divide within the Android community with people getting into heated debates, arguing for or against on-screen navigation keys every time a new phone was released. Once people realized that the OEMs didn’t care about our squabbles (and nearly all Android devices moved to on-screen nav buttons), the arguments subsided.

It’s impossible to know if the notch is just a passing trend, but I can guarantee that it’ll be here for the next few years. Hate it or love it, we should all learn to accept it. Personally, I’d prefer a smartphone that didn’t have a notch, but I’d also prefer a device that has a slide-out QWERTY keyboard. For many Android fans, the perfect device is whatever Google whips up for us each year. And it looks like this time around, that device will have a notch.

What’s your take on the notch?