One industrious researcher who has taken to performing case studies and posting about charging through USB-C has taken a look at how a Pixel 2 XL — “Made by Google,” but manufactured by LG — performs with its provided 18W USB Power Delivery-compliant charger.

Taking measurements from 15 percent, it took one Nathan K. two-and-a-half hours to charge the phone to full. The phone never took advantage of the full 9V/2A allowance it had and was effectively functioning at a median rate of 10.5W. 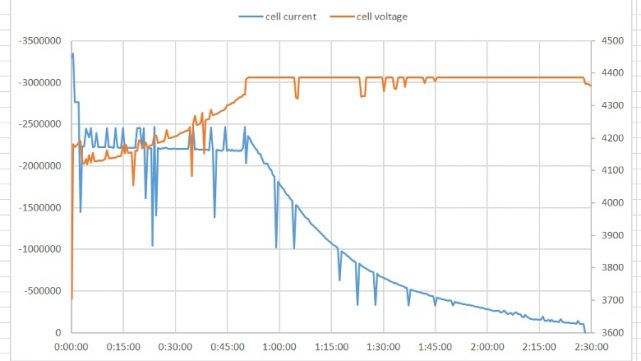 Through about the first 50 minutes of charging, the phone was essentially on 2.2A while potential ramped from over 4.1V to 4.4V. Both streams were subject to wild spikes through this stage. After that point, voltage stayed put while the current reset at around 2.3A and fell through the next 100 minutes of the charge cycle. At the cost of time, a relatively steady and easy process limited thermal output as the maximum recorded temperature was 32.6°C.

As many individuals have reported that their Pixel 2 XL units have been charging slowly with any block, much less its fairly efficient native block, it’s a fair assumption to make that the process recorded was representative of intentional behavior, perhaps to extend the battery’s shelf life. That said, Nathan K. thinks it could still be more time-efficient. 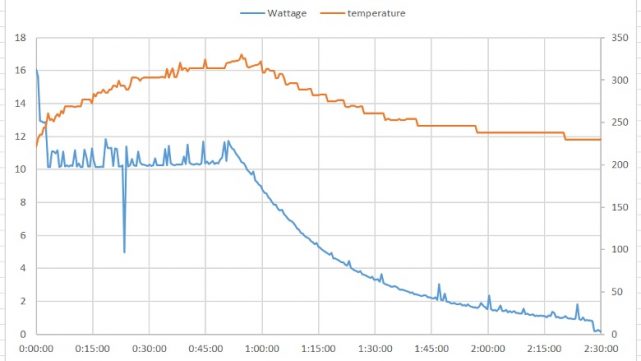 Further testing on a 5V/3A (15W) USB-PD block rendered similarly slow, cool results. Charging a device with the screen on further capped rates down to 6W and boosted fill-time from 5 percent to over 4 hours — bad news for those needing a GPS. The Pixel 2 XL was still near 32°C through all of this.

The original Pixel phone and Nexus 6P did have faster effective wattages with more charging stages that benefited those who needed a quick fill-up, but their batteries were smaller than the Pixel 2 XL by a good measure — having a better percentage does not mean having more absolute energy to use. Furthermore, as those fast charge solutions were less efficient and brought more heat, the lifespan of those cells were shortened.

That said, with consumer behavior relying on the only number available on-screen, this all might serve to frustrate users in any case, regardless of how they run down their batteries thereafter — when the battery icon is empty, the phone shuts off and no one can use it.

The Korean electronics giant says it has plans ‘to expand the S Pen experience across additional device categories in the future.’