The pink color has been popular for Taiwanese Galaxy Note 7 buyers, so why not bring it over for the Galaxy Note 8? Now, when will it move elsewhere?
Published 28 August 2017, 20:59 EDT

Contrary to what Samsung presented at its Unpacked event last week, the Galaxy Note 8 will only come in two colors. United States carriers will let customers choose between Midnight Black and Orchid Gray. Unlocked customers are left in the position of just having boring old black. Whatever happened to that gold or something-something blue (Deep Sea? Coral? Rain Dance?) trim? Well, how about we jump over those hues and talk pink?

In Taiwan, purchases of the pink version Galaxy Note 7 accounted for 30 percent of all model sales in the short month or so the phone was available last year — it’s a pretty and popular color. Too bad it often comes too late in the post-release cycle for device enthusiasts elsewhere to really care.

Anyways, Samsung thinks it’ll be able to pull it off all over again with a new pink Galaxy Note 8 this year and the company will do so right from the start. 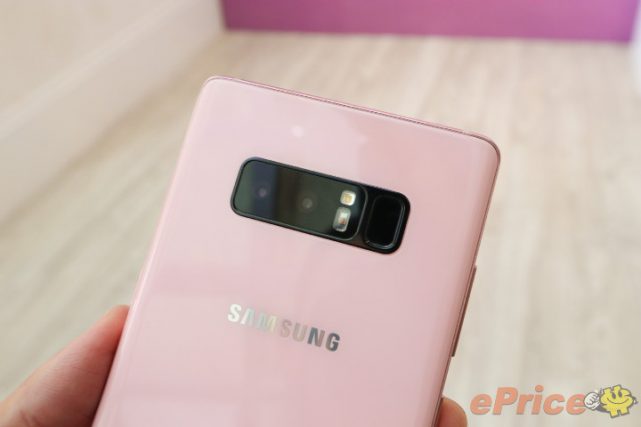 As pictures from ePrice show, the black rectangle on the back containing the dual-camera module, flash and focus pods and the fingerprint sensor cuts into a bright, pink exterior. The thin bezels on the front side stick to black, however, to prevent any true distraction to the Infinity Display. The S Pen, from its chrome to the soft touch rubber, is also decked out in this tulip look.

More pictures can be sourced at the link below this story. Pre-orders in the island region begin September 1.

Upping the frame rate to 90FPS dials down the graphics settings to ‘low’, but you can still enjoy the game with ‘Epic’ graphics at 60FPS frame rate.