What’s this “Phosphorus” coprocessor rumored for the iPhone 6?

Learn more about the recent rumors of “Phosphorus,” the codename for the new motion coprocessor that will be powering the iPhone 6 along with the A8.
Published 25 August 2014, 14:23 EDT

With the launch of the iPhone 5s, Apple made a lot of buzz over how its M7 coprocessor would help its A7 processor with additional data. The M7 is intended to relieve the A7 chip from the stress of tracking the motion data that come from the accelerometer, gyroscope and compass, and therefore making it more power efficient. Some still debate its usefulness, but rumors have it that Apple is working on its logical successor for the iPhone 6, and the oddest part is its name.

Instead of hearing the name “M8” motion coprocessor, the charts leaked by GeekBar are of a coprocessor named “Phosphorus.” This could still be the codename for it during its manufacturing stage, and the sources claim that this new chip will be able to track more data than the M7 currently does. It seems that this time, Phosphorus will be able to track information from various wearables and other built-in sensors that provide heart rate, cholesterol, blood sugar and calorie levels. HealthKit will most likely revolve around these, but without any details of a compatible wearable, it’s hard to call these rumors possible or fake.

Apple is rumored to announce the iPhone 6 on September 9th. We’ll see how the Cupertino kids plan to innovate this time. 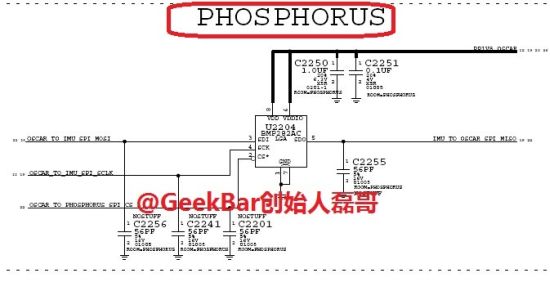