The era of great smartphone battery life has come – and gone

Excellent smartphone battery life has for years been the rainbow unicorn of the mobile world, and that doesn’t look likely to change anytime soon.

Editor’s note: In the gulf between iPhone releases and in the run-up to the next Windows Phone resurrection, the ratio of Android to non-Android phones in our review inventory continues to rise. As a result, this piece is written from a predominantly Android-centric perspective.

Everybody wants awesome smartphone battery life. Whether you’re addicted to the latest power-draining augmented reality game or just trying to get through a day of texting and talking, the panic moment is a familiar one: mid-afternoon, no charger in sight, and a pop-up dialog warning you that you’re 15% away from a dead battery. Given the multi-day endurance we eventually came to expect from the dumbphones of the last decade, it’s hugely frustrating that many of the more-capable mobiles of today can’t even make it to dinner without a midday top-up. Why can’t someone make a smartphone that just … lasts?

Well, someone did. A few someones, actually. And their years-old efforts put modern-day “endurance” smartphones to shame. Let’s take a look at the recent highs and lows of smartphone battery life. 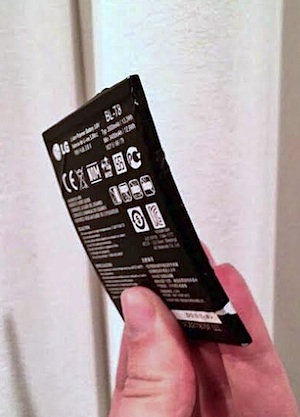 It’s since been supplanted by its flamenco-red sequel, but LG’s first G Flex brought a lot more than a futuristic curve to the scene when it debuted in 2013. Packing a curved 3500 mAh battery custom built for its flexible chassis, the G Flex soldiered on for nearly two days (21 hours) of heavy use on our first charge, with 6 hours of screen-on time. A cycle later, we decided to really put it to the test with nearly-continuous usage for 13 hours straight. The results come from our full review:

We recorded a second test with roughly continuous usage: several hours of moderate to heavy mobile usage while connected to an HSPA+ network, followed by several hours of gaming and media playback in Airplane Mode as we flew across the country, capped off with more heavy usage on-network after we landed. In this test, we made it to 13 hours before auto-shutdown, with 6 hours 11 minutes of screen-on time. If the G Flex had a removable battery, we’d rate it a perfect 10 in the Road Warrior category. Its endurance is that impressive.

The G Flex was such a solid performer in battery life, in fact, that it became my “show phone” –my trade show sidekick– for about a year. Even as its software aged well beyond the spoiling point, and even though it was too big to fit in my LDWest Original holster, I still carried it because it was one of the few phones that could hold up to the hellish strain of IFA, CES and MWC. 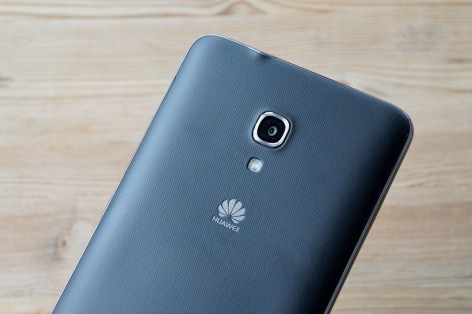 But the G Flex was nothing compared to what Huawei had brewing. Launched in the summer of 2014, the Huawei Ascend Mate 2 4G LTE came to the US bearing a long brand name and battery capacity to match: 3900 mAh of it. We called The Ascend Mate 2 “the phone that wouldn’t die” when we reviewed it last summer, touting it as the handset that could last an entire weekend without recharging:

“We unboxed our review unit on a Tuesday at 2pm and put it to heavy use right away on AT&T’s 3G and 4G networks. That heavy use included initial setup/download/sync and lots of mobile hotspot tethering during a four-hour train ride, with a fair amount of Netflix streaming thrown in for good measure. Maintaining that degree of heavy use with a few sleep periods thrown in, we made it to 10am on Thursday before battery depletion. That’s 44 hours of use on our first charge, with an aggregate screen-on time of 8.5 hours. After a 90-minute recharge time, we did even better, achieving a staggering 9.1 hours of screen-on time on our next 44-hour cycle (again with heavy use).” 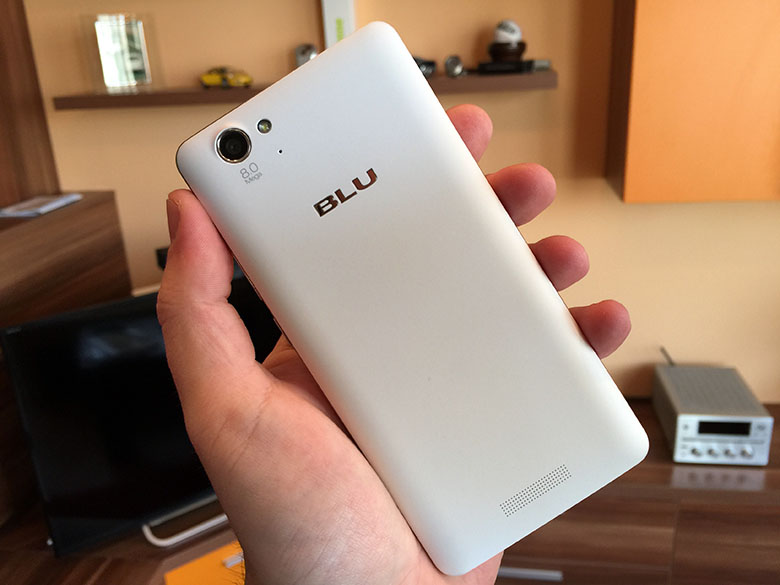 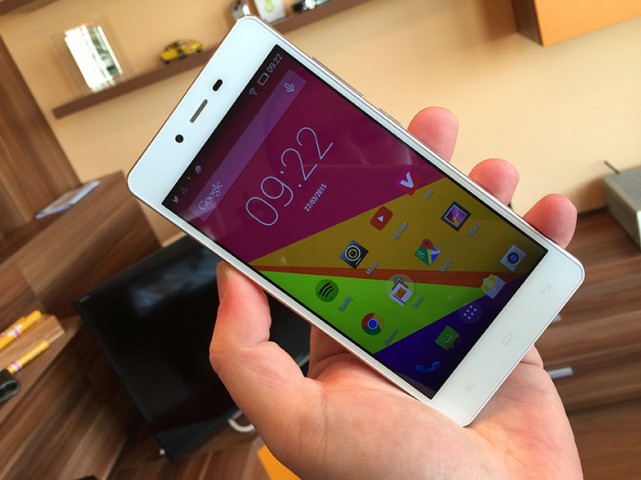 A more recent starling in the supercharged smartphone space is BLU’s aptly-named Studio Energy, which our own Anton D. Nagy tried out back in March. The Studio Energy takes brute-force battery-cramming to the next level by incorporating a 5,000 mAh power pack and tossing in some less-demanding lower-end specs. Anton was impressed:

“I used it and used it and used it, and the battery meter just wouldn’t move. Emails (lots), texts (even more), constant data connection, WiFi, phone calls on both SIMs, streaming music … everything you can think of except gaming. On my first run I managed to deplete it in a little under four days, which is lovely. On my second run, as you can see in the screenshot attached, I managed to get even more –way more– than the advertised four days, which is more than anyone could ask for. Screen-on time went as high as six-plus hours on the first attempt, with over seven hours on the second attempt.“

Given those figures from 2013, last summer and this spring (respectively) you’d think we’d be out of the weeds when it came to smartphone battery life. After all, it’s as simple as slapping a high-capacity power pack on the back of a large-screened handset, right?

Turns out, not so much.

Google’s Nexus 6 is in many ways a solid handset. It’s got a massive display, great sound quality, and its stock-Android software is slow to stumble and quick to update. But despite the fact that it packs a sizable 3200 mAh battery, it doesn’t last as long as any of the contenders in the previous section. In our initial review period we only made it to 5.5 hours of screen-on time per charge. We recently reconfirmed that figure in the above episode of After The Buzz, to which more than a few Nexus 6 owners responded “how’d you get it to last that long?” Clearly we weren’t the only ones let down by this one. 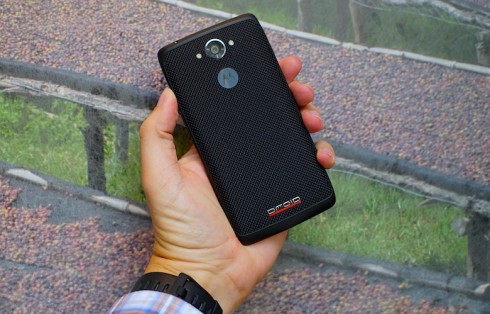 If the Nexus 6 was a mild disappointment in terms of its longevity, the Droid TURBO was a crushing heartbreak. Mostly that’s thanks to the unrealistic expectations set by Verizon Wireless in its prelaunch marketing, which proclaimed the Turbo capable of “up to 48 hours battery life” – a claim immediately challenged by some outlets. While some others were able to squeeze award-winning endurance from the Turbo, most of those testimonials came from benchmark testing. Real life usage told quite a different story.

That includes our own experience: despite its massive 3900 mAh battery –the same size as the pack in Huawei’s “phone that wouldn’t die,” remember– we only managed to get 5.5 hours of screen-on time from the Turbo during our review period. And our impressions since then haven’t improved. If anything, the upgrade to Android 5.1 has worsened the Turbo’s battery life. (More details in the next installment of our After The Buzz re-review series, later this week.) 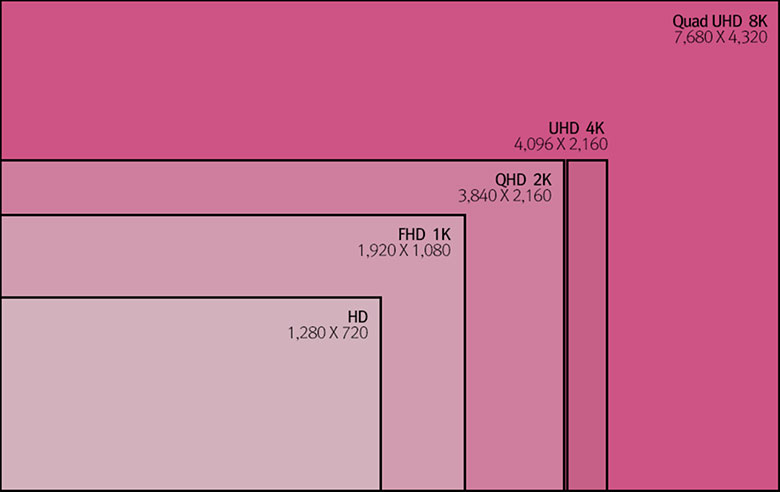 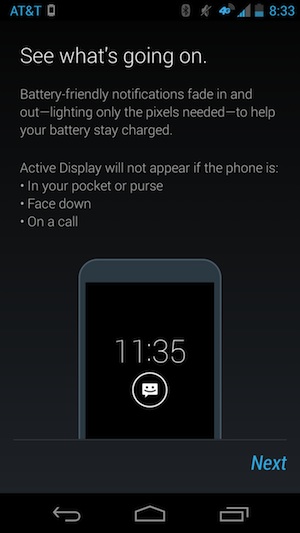 Remember when SpaceX suffered that launch casualty a few days back and the ISS commander invoked that familiar justification that “space is hard”? It’s like that. Smartphones are hard. They’re complex instruments, and that makes them difficult to perfect – and difficult to compare.

One significant impactor of modern smartphone battery life is feature load. As capable as they were, the original LG G Flex and Huawei Ascend Mate 2 simply didn’t have the same bottomless catalog of features that more modern handhelds sport. The Droid TURBO, for example, can be addressed by voice command even when it’s sitting across the room with its screen turned off, and the Nexus 6 includes a similar (though less capable) implementation. Ditto for their Moto Display/Ambient Display functions, respectively, which illuminate the screens periodically when notifications are waiting.

Android itself has also changed significantly over the past two years. Though every new version of Google’s platform claims to bring power-saving enhancements, the reality seems to be that endurance complaints, rather than endurance figures, are what end up stacking up. This is something we’ve noticed firsthand by testing most of the mid-to-high-end Android phones available, and also by keeping a close eye on message boards. To be fair, it’s possible that third-party apps are the real culprit here; a recent study showed Facebook and Instagram to be two of the most power-hungry apps you can find on an Android phone. Unfortunately they’re also two of the most popular.

And then, of course, there’s screen resolution. Every example in the “Champs” section above features a large display (5” or bigger), but every one of those panels also tops out at a resolution of 1280×720. Contrast that with the Nexus 6 and Droid Turbo, both of which pack Quad-HD resolution (2560×1440), which explosively multiplies the number of pixels each processor has to deal with. While we ran a lengthy article last year explaining why huge pixel densities don’t always equate to poor battery life, our experience with Quad-HD phones in the time since makes it tough to overlook the trends. Especially considering the almost undetectable difference between 1080p and Quad HD at normal viewing ranges, which makes QHD a tough luxury to justify.

Hope on the horizon (sort of) 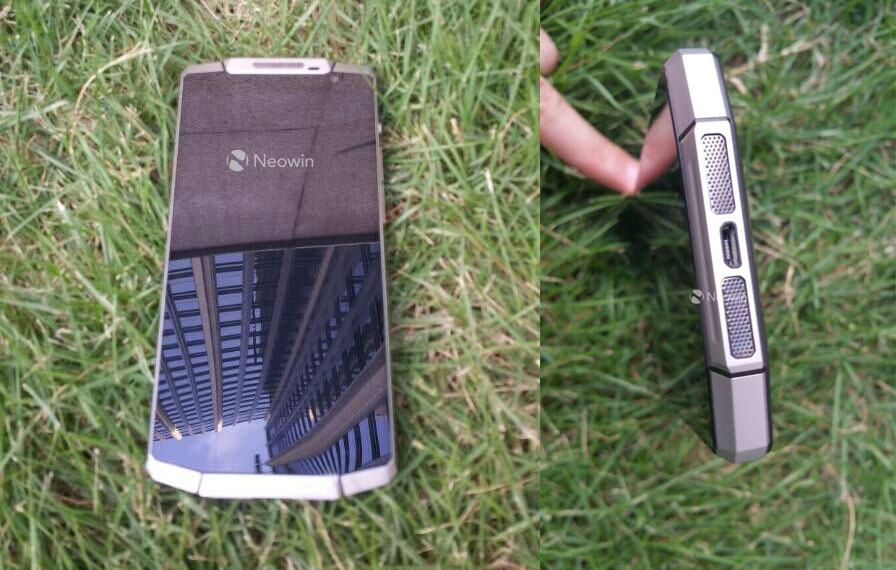 Manufacturers are showing no signs of letting up on the bulk-capacity strategy. If the BLU Studio Energy took battery-cramming to the next level, then Oukitel’s recently leaked K10000 drop-kicks it into the stratosphere with an embedded 10,000 mAh battery. That’s double the size of the BLU Studio Energy’s pack, larger than the 6700 mAh power pack of the Nexus 9 tablet, larger than the 7340 mAh power cell in the iPad Air, larger even than the batteries powering some notebook computers. Paired with lowball specs like a 720p display and a quad-core MediaTek SoC, the Oukitel K10000 seems a shoe-in for Longest-Lasting Smartphone whenever it finally drops.

Fortunately, we may not have to resort to such extremes. Some manufacturers have seen the wisdom of taking a step back from the arbitrary pixel/clock cycle race, and the result is a sensible moderation of phone specs. The original OnePlus One got great battery life by pairing a 3100 mAh battery with a (plenty sharp enough) 1080p display, and current rumors suggest the company might go with a similar strategy on the OnePlus Two. Also, with always-listening voice commands having moved slightly closer to the mainstream on the Nexus 6, it stands to reason that Qualcomm might streamline the feature in future chipset releases, optimizing battery life in the process. 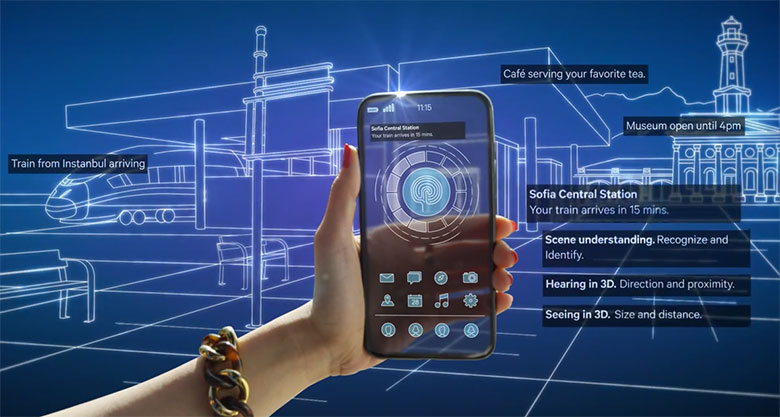 But the former is a rumor from a niche manufacturer and the latter is pure speculation. With the bulk of mainstream manufacturers (even the comparatively pragmatic Motorola) unable to resist the urge to keep up with the Joneses, a future of ubiquitous “wall huggers” seems inevitable. As OEMs continue to optimize their handsets for slimness, not endurance, we’ll likely see increasing reliance on stop-and-go-style “top-ups” via quick charging and wireless charging, with more and more external battery packs sneaking their way into pockets and purses. And maybe we’ll see a small bump in the adoption of wearables, whose positive endurance impact is small, but measurable.

So until the next big breakthrough in battery tech happens, it seems as though the smartphone battery endurance story can be easily summed up in five words: same as it ever was.