How many Bluetooth devices do you have paired to your smartphone?

The Bluetooth PAN was supposed to eliminate all the wires that were holding us back. That was years ago. Have we realized Bluetooth’s potential yet?
Published 22 December 2015, 19:21 EST

Bluetooth was invented and initially marketed with the intent to replace our wires with miniature radios. What’s more, the technology was touted as a way to create a “personal area network” of your devices. Unlike a Local Area Network (or “LAN”), a PAN was supposed to connect all of the devices you’d normally use, all without wires getting in the way.

This Bluetooth PAN was supposed to help you sync your PDA to your computer, let you beam data back and forth with others, print stuff, talk on the phone just like Uhura from Star Trek, and even surf the web using your fancy cellular phone’s GPRS Internet connection.

That was then. Fast-forward to now, and let’s see if the promise of Bluetooth and the Personal Area Network really became the cool thing that it was supposed to. Who better to ask than the staff here at Pocketnow?

First up is Jules Wang, who is one of the lighter users of Bluetooth tech on the team. For the most part Jules, has his phone paired to his LG G Watch R and “occasionally” some earbuds if 9he doesn’t feel like hassling with an on-body wire. His watch is more for media controls than a full-function wearable, but to each his own, right?

Over in Romania, Tony has around four devices paid to his phone on average – sometimes a little more, sometimes a little less. Generally those devices consist of his car (phone calls, contacts, and notifications), a smartwatch, a Bluetooth audio receiver for playing music streamed from his phone, and lastly, his dedicated headphone amp, for when he wants to easily direct music from his phone to it without hooking it up via a cable. 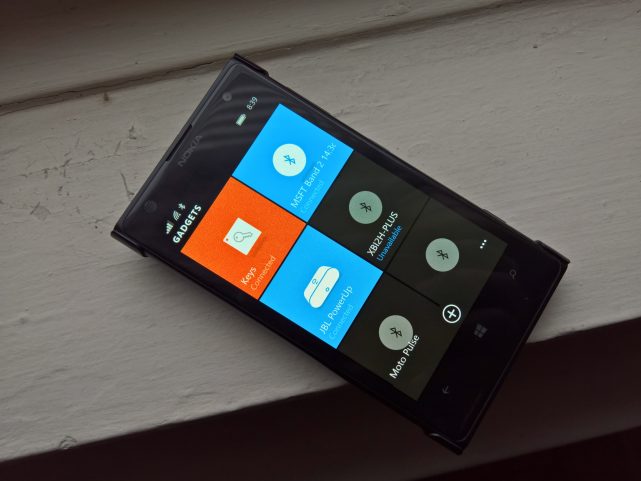 He goes on to describe how the Lumia handles all of them and how easy they are to manage in the new Gadgets app. The app shows their last known location, when they were last used, and other information depending on the device.

He’s got a Nokia Treasure Tag attached to his key ring which will notify him it he wanders more than thirty-feet away from them, and will display that notification on his Microsoft Band 2. That’s the next device he has paired all the time, constantly monitoring his heart rate and tons of other health-related data while also showing incoming notifications and allowing him to reply to text messages using its on-screen keyboard.

From there it’s back over to audio. Adam has a JBL PowerUp wireless speaker (that’s also a wireless charger) which he uses for listening to music at home. He’s got a Bluetooth car kit in the car, a Bluetooth motorcycle helmet, and a Jabra Stealth lightweight mono headset for communicating while riding his bicycle or snowboard.

Since he’s a photographer by trade, he makes sure his camera bag doesn’t wander too far away thanks to another Nokia Treasure tag that he’s got stashed in there. That tag serves dual-duty, serving as a remote shutter button for his Lumia 1020 when he’s got it mounted on a tripod. Perhaps not quite what was envisioned when the PAN was conceived, there’s no doubt that Adam is using Bluetooth in many more ways than “ordinary” people do. 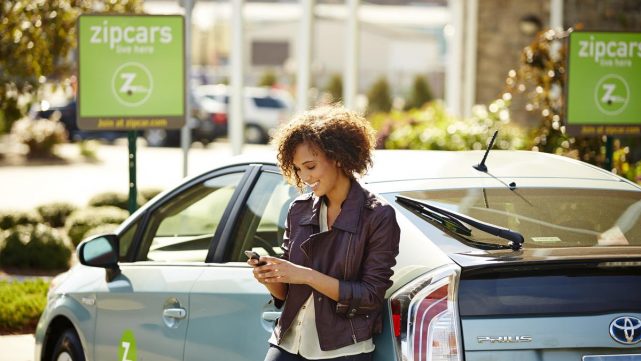 Jumping over to Michael Fisher, when it comes to Android, the only Bluetooth pairing he typically does is to an Android Wear or Pebble Time Steel watch. Occasionally he’ll throw in a Moto Pulse headset or try to sync with one of the many Zipcars he uses on a monthly basis.

Bluetooth pairing isn’t all that difficult, but when you’re setting up new devices all the time, it quickly becomes more trouble than it’s worth. That’s when Michael falls back to wires – when he can.

Having played with Microsoft Continuum, Michael sees a future where wired and wireless are seamlessly married together. Case in point is using a Windows 10 Mobile device connected to a display dock with wires, but using Bluetooth to pair the phone to a wireless mouse, wireless keyboard, and an external speaker dock. When thusly combined with a big monitor and a comfortable desk chair, one can successfully approximate the experience you’d expect when using a dedicated desktop PC – in his words, “thanks in large part to the power of ‘the ‘tooth.'” 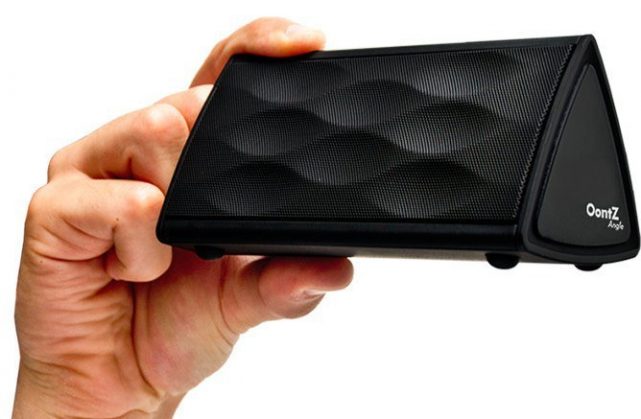 Adam Doud has a lot of bluetooth devices paired to his phones – from automobiles to headsets. In the state of Illinois, hands free devices are required for phone use while driving, so he always has his car connected. From there he’s got a set of Moto Pulse headphones, and an Oontz Angle speaker for audio. He’s also into wearables, so you’ll probably find him with a Moto 360 or Pebble Time connected. Like Michael Fisher, Adam Doud uses a Bluetooth mouse and keyboard while using Continuum with his Lumia 950.

Stephen Schenck is probably representative of the average user out there, with only three Bluetooth devices regularly paired: speaker, headphones, and a wireless keyboard.

I’ve played with more in the past, but haven’t stuck with any others in the long term. When it comes to accessories in general, I’m just as likely to use a USB cable as Bluetooth – and some of my favorites, like a software-defined radio tuner, aren’t available as Bluetooth as far as I know.

Utah, too, has some strict “hands-free” laws on the books, so my Nexus 6P is paired with my Prius. This comes in handy during my two-hour-plus daily commute, letting me make and take phone calls while on the road. If a text arrives I can reply by speaking my response into my Moto 360 (1st gen.). When mobile, for music and videos, I rely on a wire. I’ve spent more time than I care to admit charging and troubleshooting Bluetooth headsets to justify their utility.

While I’ve been moving into my new house (with Internet being difficult due to broken promises and poor customer support from Comcast/Xfinity) I’ve used my Logitech Bluetooth keyboard to try and keep to my writing schedule.

When I listen to music at home it’s either through ear-buds or Chromecast Audio; printing is exclusively done over WiFi; and sharing data with someone else is either by email, on-screen QR code, or NFC. All of which are notably not powered by Bluetooth.

Alas, the promise of the Bluetooth Personal Area Network doesn’t appear to have taken hold – at least not here at Pocketnow. But perhaps we’re the oddballs.

How many Bluetooth devices do you have paired to your phone? What’s the most unique thing you’ve done over your PAN? Head down to the comments and let us know!

We keep getting great deals from Amazon and B&H, where you can get the AirPods Pro, OnePlus 8 phones, and more devices on sale