Could these be the first images of OnePlus’s OxygenOS?

OnePlus’s new mobile operating system is incoming, and while we wait for the big reveal, we now have some possible OxygenOS leaked images to examine.
Published 03 February 2015, 03:06 EST

Following tensions in its relationship with Cyanogen Inc., the creator of the software running on its flagship One smartphone, OnePlus is now preparing to launch its own Android-based mobile operating system in the form of OxygenOS. The company has been relatively tight-lipped about what the software will be like, stating only that it will reveal more on February 12, but a leak routed through GizmoChina may have just given us an early look at what will be revealed. 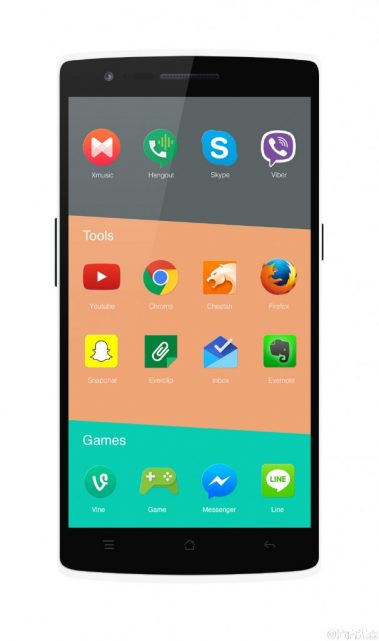 The UI looks pretty… flat. There’s not much of a deep design language going on with the one shot of the app drawer we have been provided, though we do note that it’s difficult to say that it looks clean and modern as would be expected.

The source provides three additional images, but all are low-res captures of what looks to be a weather application. They’re not very special, so check up the source link if you’re interested, but the clean design language runs clear in those images as well. It seems as though OnePlus has opted to take an approach with lots of empty space and not a lot of cluttered design, one that’s been tried and proven by its predecessors in the mobile space.

Once again, we will know more information as OnePlus reveals it on February 12. Be sure to check back on that day for the latest.