According to a beta of iOS 12.2, the AirPods 2 launch should be imminent. Over-ear Apple headphones are also in the company’s plans for 2019.

Tim Cook recently said that Apple will launch “new services” this year. He didn’t mention any, and neither did he say anything about new products. It’s been rumored since last year that Apple might be working on its own, over-ear headphones. They are expected to be higher-end, more premium products than what is currently offered with Beats branding, competing directly with products from Bose or Sennheiser.

Following up on that 2018 report, Bloomberg mentions in a new column that said over-ear Apple headphones will arrive “as early as the second half of this year”. The information comes from unnamed sources so you’ll have to remain skeptical about it for now, but a confirmation half a year later is a good indication of things to come.

In the past couple of days and weeks we’ve been hearing several reports concerning the overdue AirPods 2. They all seem to suggest the same, rather vague, window, which is first half of 2019. Recently uncovered information from the beta of iOS 12.2 brings us more evidence that a launch is imminent. As you can see in the image below, there’s a setup process for “Hey Siri” for AirPods 2. Hey Siri support for the AirPods 2 has been a feature rumored in all reports. It’s safe to assume that with the addition of adding this setup process step, the AirPods 2 will likely launch when iOS 12.2 becomes final. 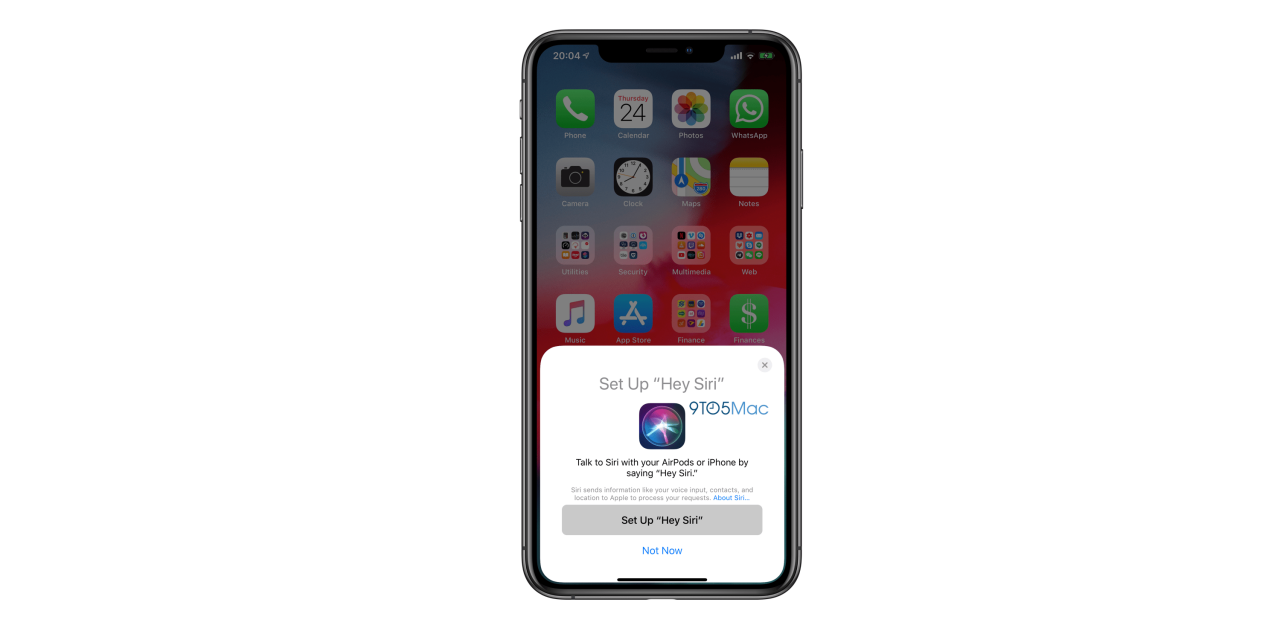