The Rhinos are a pair of wireless headphones billed to withstand plenty of abuse from the elements including several forces of nature.
Published 08 February 2017, 19:51 EST

We’ve got a follow-up to a product we covered at CES 2017 and it seems like there are plenty of people who are willing to follow their wallets to supporting Outdoor Tech.

The California-based company has just launched its fifth crowdfunding campaign on Kickstarter for the Rhinos wireless headphones. Each pair combines durability for stretching, bending, banging, weathering (down to -20°C or -4°F) and swimming (up to IPX6 levels) with Bluetooth audio playback and voice input. Couple the Rhinos with the ODT Audio app for Android and iOS and you can also communicate with others in a push-to-talk Walkie-Talkie format. 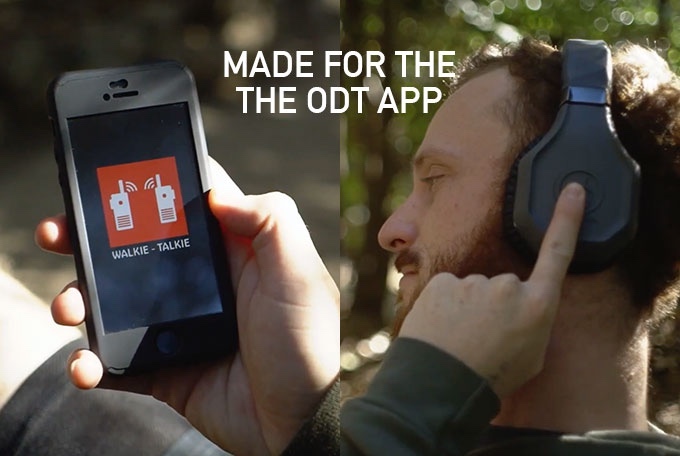 Outdoor Tech is boasting 8 hours of battery life at full volume through the 40mm drivers inside those cans. If we can get ourselves a pair, we’ll be glad to test that claim out along with the others. We’re also asking the company about the Rhino’s wireless standards as some are curious as to whether it supports Qualcomm’s aptX enhancements for Bluetooth as well as Bluetooth 5 — if we’re able to pull away some 32 feet from our source device without any break-ups, that’ll prove positively.

A pair of Rhinos on the Kickstarter campaign is priced at $90, 31 percent off MSRP. A twofer will get you up to $155, a 40 percent discount, while two other bundle deals come in at $230 and $500 — that last one has a rugged battery pack, more audio gear and a few accessories totaling $880 retail value.

Within its first day, the campaign has hit above $18,000 of its $40,000 goal. Backers must roll in by March 9 and those expecting perks are promised them in July.

[alert variation=”alert-warning”]Update: Comments from Outdoor Tech on the Kickstarter page indicate that the Rhinos use Bluetooth 4.1 without aptX technology. A 3.5mm port is available to tether your headphones to your source device.[/alert]

Today’s deals come from Best Buy, Amazon and B&H, where we find a Samsung 3-Day Sale event, the Microsoft Surface Book 2 and more devices on sale

Today’s deals come from B&H and Amazon, where we find the 13-inch MacBook Air, the Microsoft Surface Book 3 and more devices on sale