5 essential mobile phone features (that no one cares about anymore)

I recently paid a visit to my childhood home in rural New York, and because I’m not a normal person, it stirred memories of telecom from days gone by. Between updating my parents’ smartphones and walking around to determine which corners of town were still waiting for LTE, I saw quite a few older handsets strapped to the belts of the predominantly pragmatic locals, mixed in with the tourists’ generally flashier iPhones and Galaxy S6s. It got me thinking about mobile phone features from years past, features we considered indispensable in the days of old but don’t really give a hoot about now. Here’s five of them, because lists are fun. 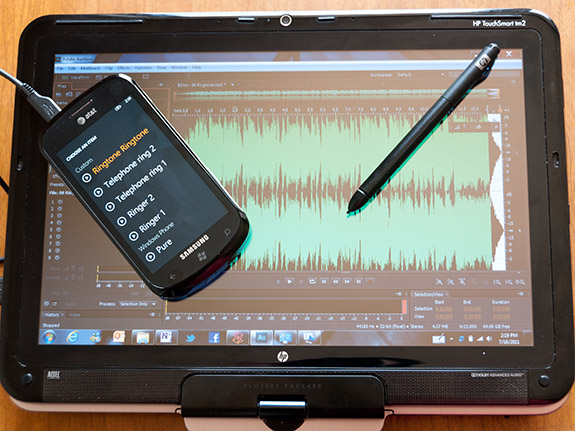 Ringtones were a big deal back in the day. From the monophonic bleat of Für Elise to the full-audio recording of an antique telephone, ringtones announced to the world that not only had you entered the 21st century with a pocket communicator; you were bringing some cheeky style to go along with it. Today you’re lucky to hear anything beyond the typical iPhone SMS chime or its grating Samsung counterpart, the “Whistle” – but over a decade ago at carriers like Sprint, ringtones were big business. Manufacturers like Samsung and Sanyo differentiated their clamshells in part by how many tones their polyphonic engines could generate (16 for the former and 64 for the latter, though Samsung’s still sounded better), and one of the first features of Sprint’s “PCS Vision” 2G data offering was the ability to download ringtones over the air. Across the digital divide at Nextel, customers were obtaining copies of Motorola’s handset servicing software so they could load their own .wavs as ringtones – and the obscenely powerful speakerphones of the day made sure everyone in a 500-foot radius knew it when one of those ringtones went off. And that wasn’t the only acoustic artwork folks were sharing with their neighbors in those days. 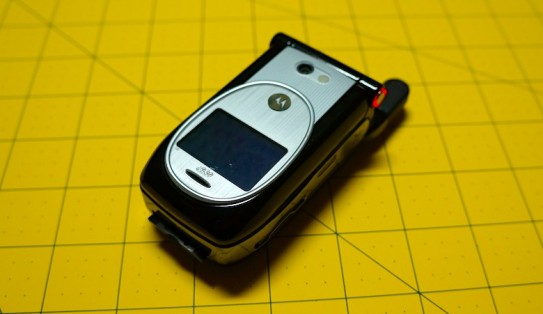 If that exchange is familiar to you, congratulations: you’re a veteran of the previous decade’s flirtation with push-to-talk as a communications medium. Pioneered by Nextel (whom I used to work for, by the by), it was a much faster, much more efficient method of getting hold of someone than a phone call – and because Nextel’s version was more spectrally efficient and didn’t rely on the Public Switched Telephone Network it was also more reliable than the bandwidth-hogging voice calls of the time. The carrier loved it because its iDEN network was better at connecting PTT calls than anything else and it could charge for the privilege; the customers loved it because even despite the extra charge, PTT calls were unlimited and therefore much cheaper than voice minutes in the long run. It was a win-win.

Until, that is, people started forgetting that they could take a PTT call private. The powerful Motorola speakerphones of the day soon began subjecting everyone within earshot of a Nextel user to the inanities of their “did you pick up the milk?” conversations – and that, plus the rise of SMS and mobile-to-mobile calling plans, eventually ended PTT’s day in the sun on the consumer side. 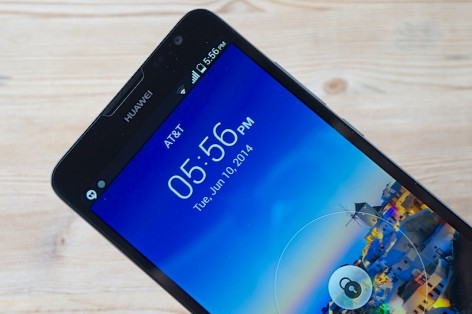 Less crucial or attention-getting than either of those (but much older as well) was the notion of the customizable carrier string, or “banner” in modern parlance. Going all the way back to –and possibly even predating– the Motorola StarTAC, this was the feature that allowed a user to replace the carrier string (AT&T in the example above) with whatever text he or she wanted. The first time I saw this was on one of the aforementioned StarTACs, which my friend Dan had modified to display “SUP DAN” whenever he opened the phone. For my part, I was even nerdier then than I am right now, so my preferred greeting was “NX-01” in homage to the then-new Star Trek series Enterprise. And if you doubt how big a deal this was, just peruse the archives on HowardForums: some phones didn’t allow users to modify the carrier string, so there were very involved threads on how to hack those early cellphones to get around this restriction using hex codes. Yep; phone nerds have always been dedicated people. Speaking of which …

Some colors are cooler than others, and not just in temperature. Along with custom ringtones and text banners, keypad backlighting was used by manufacturers to differentiate their offerings, with players like Samsung and Nokia among the first to eschew the traditional yellow-green LEDs for bright blue ones. They were hugely impractical in that they were much harder to read in the dark than their green predecessors, and according to some, they also consumed more battery power. But they sure did look a lot better. The first phone I saw thus equipped was the Samsung A460 on Sprint (the immediate predecessor to the A500 featured in the Phone Scoop photo above at far-right) and I was immediately taken with the futuristic blue glow seeping through its shiny aluminum keypad.

I certainly wasn’t alone in this. Some people were so intoxicated by the look of blue-backlit keypads that they called in LED orders to China, cracked open their phones and learned micro-soldering to change their keypad color from green to blue. Those were wild times. 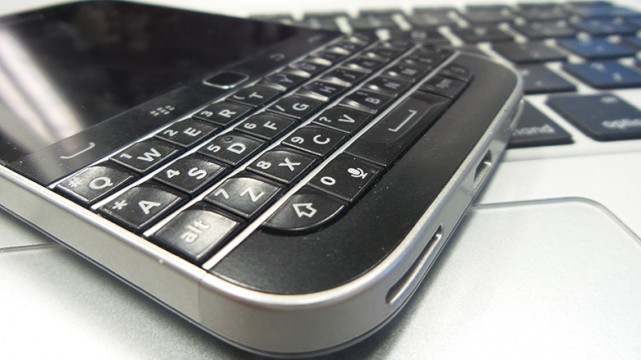 If you’ve read my thoughts on the BlackBerry Venice, you knew this was coming. If you haven’t, you’re in luck; I’m an expert at using the copy/paste function.

The smartphone QWERTY keyboard was already well on its way to an early grave when I wrote a piece a while back bemoaning its extinction. These days it’s all but vanished, the world having learned to live with the fact that typing on glass is indeed the future. And personally, I’m glad of it: I, along with most of the people I know, am much faster on a virtual keyboard than a physical one.

But there remain thousands who prefer a more tactile feel. Whether they’re older, in a specialized job that eschews touchscreens, or just particularly intolerant of change, these folks really need their physical QWERTY thumbboards. Today, that means they’re stuck either snapping up an accessory like the Typo, settling for a midrange or out-of-date handset with an underwhelming keyboard, or learning to live with the limitations of BlackBerry’s own software platform in exchange for the excellent physical typing experience. An Android BlackBerry would give these people the best of both worlds.

For that reason more than any other, I really hope an Android BlackBerry comes to pass. If it doesn’t, the full-QWERTY physical thumbpad will be consigned to the dustbin of history along with the other four items on the list above – and while that might be a good thing for progress, it’ll be another severed connection to our mobile roots. Nostaglia may not be a business model, but it’s fun –and instructive– to look back at where we came from to see why some stuff hasn’t stood the test of time … and which stuff might someday make a return.

As for me, I’m keeping my fingers crossed for PTT. Because walkie-talkies will always be cooler than phones.

Not ready to leave the wondrous land of yesterday? Continue your deep dive into mobile phone history with our Throwback Reviews of the Motorola i930 and Sony CLIE PEG-NR70, then check out what happened last week in smartphone history, and let us know in the comments what you miss the most from mobile-tech days gone by!