Second Samsung foldable smartphone to be out-folding like the Mate X?

A newly uncovered patent describes how a second Samsung foldable smartphone might adopt an out-folding design a la Huawei.
Published 24 May 2019, 06:00 EDT

This is an interesting story, as Samsung was granted a new patent for an alternative foldable smartphone design. While Huawei was certain that the out-folding Mate X is the solution, and the in-folding Galaxy Fold is a bad design choice, Samsung went out of its way to state the contrary, defending its own approach.

Now, according to the patent uncovered by Patently Mobile, Samsung is at least considering a Huawei-like out-folding design. The patent was granted this week by the U.S. Patent and Trademark Office, and was originally filed in the U.S. in Q3 2018. However, the report mentions that the patent was originally filed in Korea in December 2015, so this might be Samsung taking it more seriously than just having a patent.

The Galaxy Fold has ran into a couple of speedbumps mostly related to the folding mechanism and display, which forced the company to cancel the launch and recall units that were sent out to the press. As the company is working on fixing the problem, a new launch date has still not been announced. 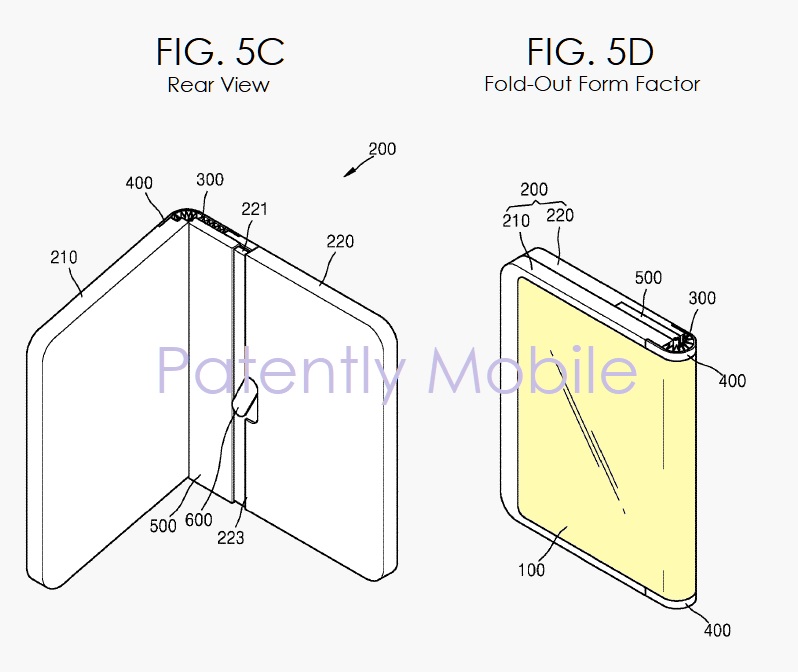