The original Chromebook Pixel is receiving end-of-life notifications as it will no longer be supported by Google moving forward.
Published 28 August 2018, 03:00 EDTUpdated 06 April 2021, 08:37 EDT

Chromebooks are eligible for updates for around five years into their lives. So, it shouldn’t come as a surprise that Google is ending support for the original Chromebook Pixel. Introduced in the first half of 2013, the device has inevitably reached its End-of-Life stage. As a matter of fact, according to a Google Support article, it should have happened in June 2018.

The message in the screenshot below has reportedly popped up on such a Chromebook Pixel. The fact that the original Chromebook will no longer receive the latest updates doesn’t mean that it will stop working. Expect it to operate normally, but do not expect to receive further updates. Some of them might still be delivered to your Chromebook Pixel though. Hit the source link below to check your device’s End-of-Life status, as well as Google’s update policies. 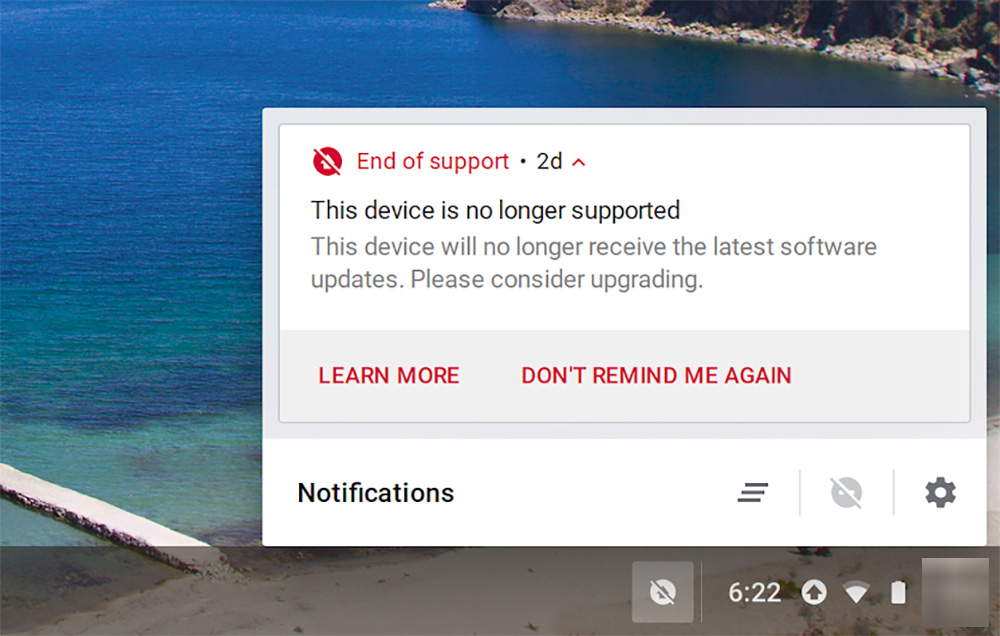 Check out the latest smartphone deals, where you will find the latest Samsung Galaxy Z Fold 3, OnePlus 9 Pro, and more on sale