Just as the Black Shark Helo gains footing in China, Xiaomi’s mobile gaming subsidiary turns its attention toward Europe with what’s hoped to be an oldie, but a goodie.

The original Black Shark phone will come on sale, The Verge reports, in 28 European countries on November 16. No pricing has been announced, but we do know that it landed back in the home market starting at the equivalent of $480. But there’s plenty of muscle to compete with, especially against gaming peripheral cohort Razer.

For one, a liquid cooling chamber that’s applied across the Qualcomm Snapdragon 845 heating range to keep temperatures down by 8°C on average against other phones in the gaming category. There’s also a dedicated display co-processor from PixelWorks to bring out DCI-P3 content for better dynamic range and maintain 60fps gameplay. Stereo speakers blast sound from the top and bottom ends of the phone. 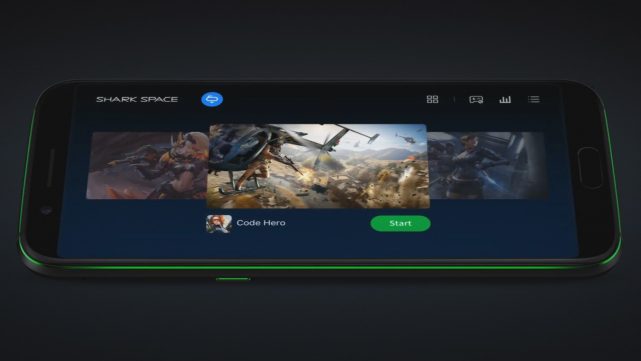 A dedicated Shark Button hangs on the left side of the device that will instantly block notifications, clear out apps from memory and take users to their library of games. The fingerprint sensor is repurposed to bring down a dashboard of controls.

For fans of lit-up logos, there is a Breathing Light at the rear. From that point, the body tapers down to the edges for maximum grippage along an X-array antenna for maximum signal reception and limited latency.

A nice bonus in the box is the Black Shark Gamepad, a single-side sleeve with a control stick and a couple of other buttons and triggers for an enhanced play experience.

More details will be revealed locally in the following countries next week.

The duo is said to be powered by the Snapdragon 765G SoC.