OPPO Reno will practically have no bezels, gets 5G certification

In this story we report on the bezel sizes for the upcoming OPPO Reno phone, and look at the specs as three devices are expected.
Published 20 March 2019, 03:00 EDT

We know, thanks to OPPO Vice President Brian Shen — who has been very active on Weibo promoting the phone — that the OPPO Reno will feature no notches, holes or cutouts. Now, thanks to the same executive, spotted by GSMArena, we know exactly how big, or small, the bezels will be. The Reno will have a top bezel of 1.8mm, and a bottom bezel/chin measuring 3.5mm. The bezels on the side should be 1.63mm thin. That’s practically as close to bezel-less as it gets, and it is OPPO’s way of achieving a 93.1 percent screen-to-body ratio. The image below has the OPPO Reno (right) next to the Find X (left). 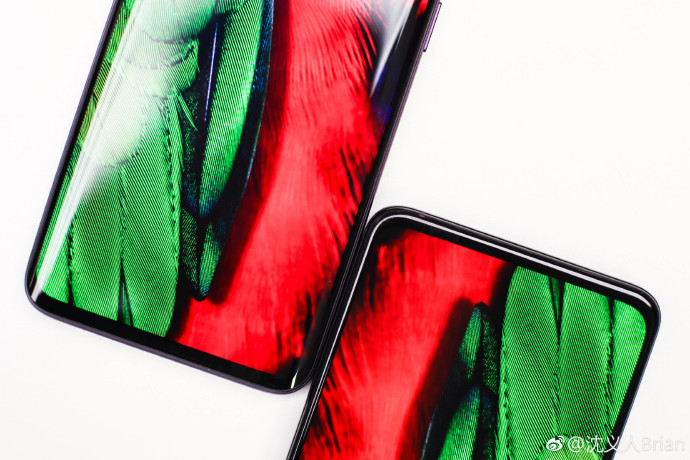 On a different note, Bluetooth SIG gave approvals for two OPPO Reno models, namely CPH1921 and CPH1919. While the specs for both are listed as nearly identical, the CPH1921 will be 5G-capable, while the CPH1919 will be a standard model.

As per the specs, they’re pretty much in line with what we’ve heard, and what we expect. These include a 6.65-inch FHD+ display, Qualcomm Snapdragon 855 chip, and a triple camera system consisting of a 48MP + 8MP + 13MP shooters, and a 16MP front-facing camera.

Interestingly, another version, with model number CPH1917 has surfaced with slightly slower specs. The processor is now a Snapdragon 710, the screen is slightly smaller, at 6.4-inches, and the cameras have been toned down to two, with 48MP + 5MP on the back, and the same 16MP on the front.

It is a good indication that the Reno will not be just a phone, but a family of products, as initially announced. It will likely consist of a regular Reno phone, a 5G version, and a more budget friendly model.

HUAWEI P50 series – as per a tipster – will go official somewhere around March 26 to 28, but its overseas availability might be limited.

HUAWEI has reportedly told its supply partners that it is reducing the smartphone component orders by up to 60 percent this year.