Similar but overall superior to the F5 “selfie expert”, the OPPO R11s might share its very eye-catching design with the upcoming OnePlus 5T.

Following in the footsteps of the surprisingly successful OPPO R9s and R11, and most likely foreshadowing the arrival of the 2:1 OnePlus 5T, the China-first OPPO R11s has been fully and properly unveiled earlier today in Beijing.

Similar to the F5 selfie expert, the R11s comes with a 6-inch FHD+ “full-screen display.” The bezels are pretty narrow, but they’re obviously still there, with overall dimensions pretty much matching the 5.5-inch R11’s measurements.

At 155.1 x 75.5 x 7.1mm, the OPPO R11s boasts an 85.8 percent screen-to-body ratio that somehow manages to beat the Essential Phone’s corresponding number (at least on paper) without resorting to divisive cutouts or notches.

A so-called “Crescent Arc” design integrates concave indentations into the edges of the handset, purportedly shrinking the traditional space occupied by the headphone jack, speaker and USB Type-C port. 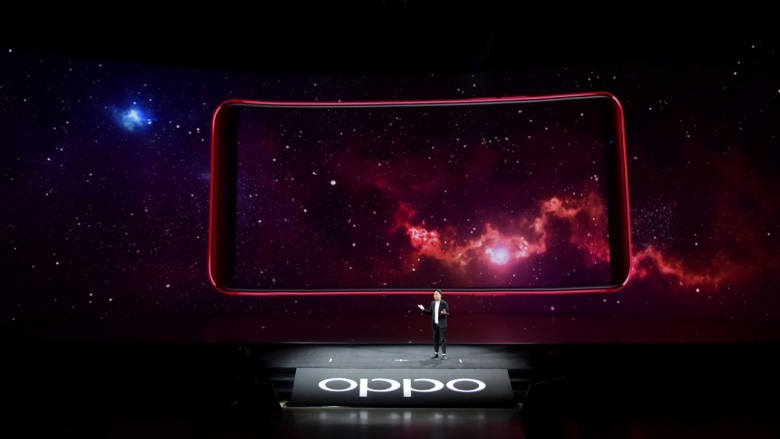 We can’t wait to see how the curvy 6-incher actually feels in the hand, although right now, China is the only market with an official release date – November 10.

While it borrows some of the F5’s AI Beauty Recognition tricks to produce extra-sharp, natural selfies with a 20MP front-facing camera, the OPPO R11s doubles down on the rear shooter technology. And the dual cam operation is approached rather uniquely, with a 16MP lens in charge of “normal shots” in brightly lit environments, passing the baton to a 20MP sensor at night or in other dark conditions.

Ergo, there’s no secondary rear camera, and both these bad boys offer top-notch f/1.7 aperture. Still, the R11s is technically not a flagship device through and through, packing a mid-range Snapdragon 660 processor and starting at the rough equivalent of $450 (CNY 2,999) in “champagne” and black. 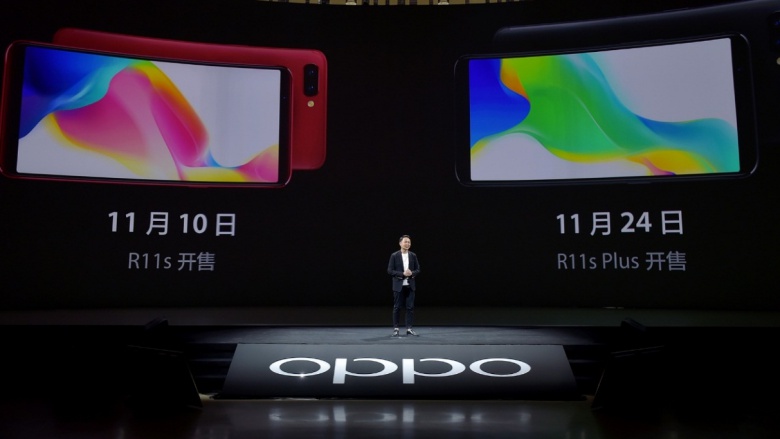 64GB internal storage is offered across the board, along with ColorOS-skinned Android 7.1.1 Nougat software, fingerprint recognition, and yes, Facial Unlock technology promising to scan your mug in 0.08 seconds. Should Apple be afraid of another fast-rising Chinese OEM?