OPPO R11 leak has Plus, specs and cardboard cut-out models

What can five pictures have told you about the OPPO R11? Plenty. Including the cardboard cut-out of a Chinese superstar that will front all OPPO retail shops and mall stands.

More importantly, we have some specifications and details revealed by pictures of placards for the R11 and the R11 Plus. In addition to the items above, there’s also a fingerprint sensor indicated for both phones.

But yes, we are looking at 20-megapixel sensors at both front and back. To what extent, though, we don’t know — you can see the dual-camera bit at the rear. 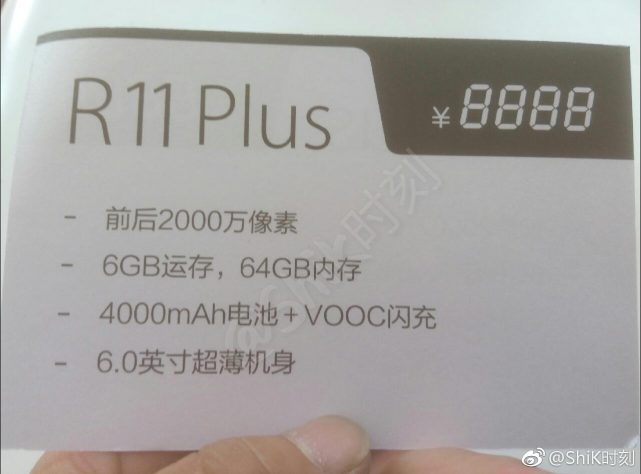 There was a store counter placard also leaked with the price of ¥8,888 on it. Don’t take that as anything but nothing — the Chinese love to display lots of numbers through seven-segment digits that can be blacked out as needed.

Black, by the way, as well as gold and rose gold are in the color mix, just to wrap things on a calmer mote. 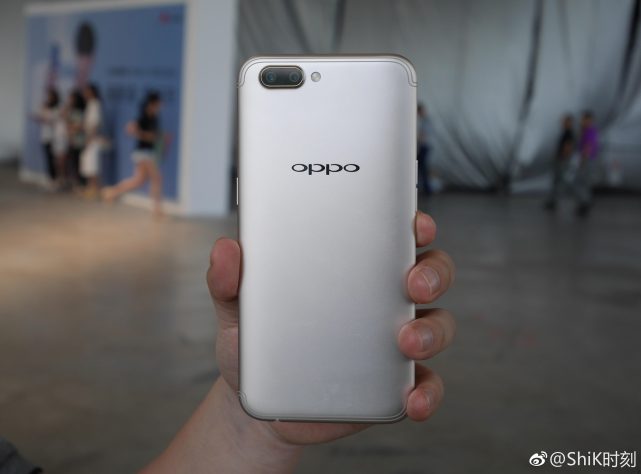