The OPPO R11 FC Barcelona Limited Edition looks like nothing the football club’s fans have ever seen before. It’s also quite pricey.

The OPPO R11 x FC Barcelona Limited Edition is the “third generation” special OPPO phone “customized” for the 2015 winners of the UEFA Champions League. Only this time, the special customization process is described as substantially more delicate and trickier than just applying a uniform blue coat of paint to the back of the F1 Plus, adorned with a couple of red lines and a logo.

The entire lower third of the limited R11’s rear cover is colored in red, with the rest donning a blue glaze that produces an “unprecedented contrast color mobile phone” which gave the OEM’s designers and engineers their fair share of headaches.

Over 200 tests were needed to flawlessly “hide paints and anodized coloring”, involving various “complex techniques”, including an “adhesive fill” process used to create the “first contrast color antenna in the industry” and give the body layers of colors looking delicate, elegant and natural. 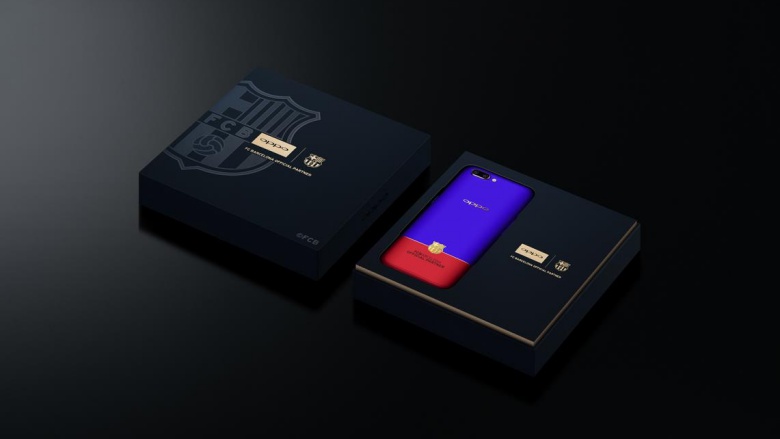 An already customary 18K gold emblem representing one of the best football clubs in the world sits at the intersection of the two differently painted portions on the back of the handset, along with the obligatory “FC Barcelona Official Partner” text.

Priced at a predictably steep 3,499 RMB ($525), the limited edition R11 will start selling in China on August 18, expanding shortly thereafter to Taiwan, Singapore, New Zealand and Australia. Wait, no Spain?!