Both Find X devices share a lot in common, like the Panoramic Arc Screen with the vibrancy of AMOLED and a 93.8 percent screen-to-body ratio. The cameras, which were previewed earlier on yesterday, aren’t visible in the device’s natural state, but actually pop up through a motor mechanism when it’s needed for 15,000-dot projected facial recognition — the company says”O-Face,” and we are not kidding about the name, has a one in a million false positive rate — or photo-taking duty using the rear color-monochrome combination for enhanced color and details. 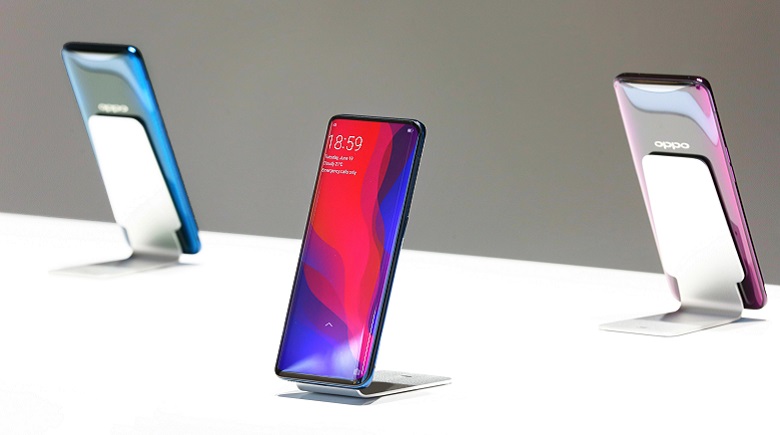 If you’re wondering about whether OPPO is bringing an Animoji-like to its Find X, it has and it’s called Omoji. Users can plaster stickers, background images and more into the scene with their persona and put composite pictures and GIFs onto social media.

OPPO’s ColorOS 5.1 on top of Android 8.1 Oreo is enriched with the usual artificial intelligence benefits including Google Assistant. Did we mention this was OPPO’s first global phone?

The Find X with 256GB of storage will retail in Europe for €999 while the Automobili Lamborghini edition, replete with glass-suspended “floating” emblem, SuperVOOC and 512GB of storage, is €1,699. Further local availability, including in North America, will be determined in due time.

We can finally speculate and guess what Sony may be releasing at its upcoming Xperia event, thanks to the new video teaser.