OPPO Find 9a most likely benchmarked with Snapdragon 820, 3GB RAM

The long overdue OPPO Find 9a and Find 9 might finally be around the corner, with Snapdragon 820 inside both high-end Android models.
Published 13 May 2016, 09:02 EDT

According to the company’s own reports, as well as independent probes of the global smartphone market by trusted analysts, business has been good for OPPO lately, despite the China-based budget specialist last unveiling a true flagship way back in spring of 2014.

It’s said the Find 7’s sequel was delayed due to Qualcomm’s Snapdragon 810 overheating woes, then as nothing better entered the picture, OPPO figured it might as well wait for the SD820 processor.

But now it’s unclear what’s holding off the Find 9 announcement, after the recent invasion of 820-powered handhelds from Samsung, LG, HTC, Sony, Xiaomi, LeEco, and even HP. Proving the release is still on, a couple of benchmarks have cropped up in the past few weeks, likely putting both Find 9 and 9a prototypes to various early tests. 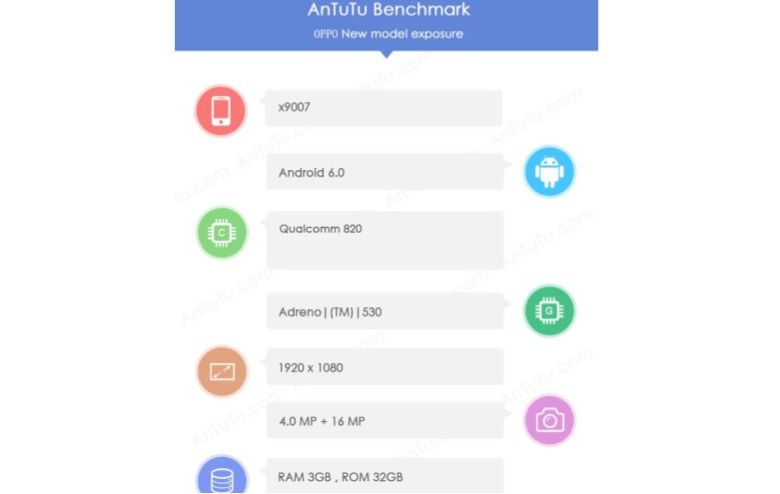 Meanwhile, we’d like to remind you the top-of-the-line configuration was not long ago divulged to feature 4GB memory, 64GB ROM, 16 and 12 megapixel shooters, and weirdly enough, the same 1,080p pixel count on a 5.5-inch display.

Last but not least, OPPO will almost certainly hook up both Find 9 and 9a buyers with Snapdragon 820 power. If the phones ever materialize, that is.

T-Mobile’s initiative supports a good cause, but limited carrier adoption of the new messaging standard prevents it from being truly cross-carrier.