The Oppo Find 7 unveiling details referring to the date and place of the event are being hinted by the manufacturer in this cryptic message. Check it out!

Despite recent rumors of an MWC unveiling, it looks like the Oppo Find 7 will miss the Barcelona show floor for its unveiling. The company has officially confirmed some of the specs of the upcoming smartphone — among which the screen size and resolution — and now it appears that Oppo has also confirmed the date and place of the launch, though the message required some deciphering.

Oppo China has posted the image below which reveals that the Find 7 will be unveiled in Beijing on March 19, 2014. How does it actually reveal that? Well, Ronaldo’s jersey has the “7”, the barcode reveals the date if you read it backwards, and the 798 represents an art district in Beijing, according to those familiar with the city.

In terms of what to expect, aside from the already confirmed screen size and resolution, the Find 7 might be powered by a speedy Qualcomm Snapdragon 800 or 805 processor and feature 3GB of RAM. 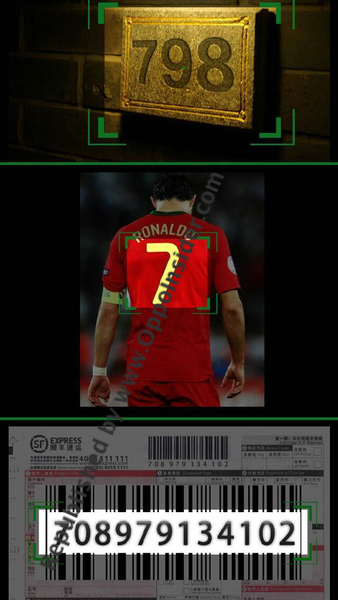 We’re looking at a pair of leaked renders, showing off the front of the upcoming HUAWEI P40 and P40 Pro. Check them out!