Although it’s technically unreleased and announced, the OPPO F5 is all over social media in the hands of Asian stars, holding very few secrets.

The world’s fourth largest smartphone vendor may not be able to sustain its recent growth pace for much longer, but until it hits a seemingly inevitable stagnation point across Asian markets, OPPO continues to ride a wave of regional popularity among trendy youngsters.

Those who like to look pretty and take sharp photographs of themselves looking pretty will be ecstatic to hear the BBK-owned Chinese company’s next “selfie expert” is right around the corner. Skipping a number in following the F3, which itself came directly after the F1 and F1s, the OPPO F5 has been prematurely revealed on social media by an army of Filipino and Indonesian celebrities. 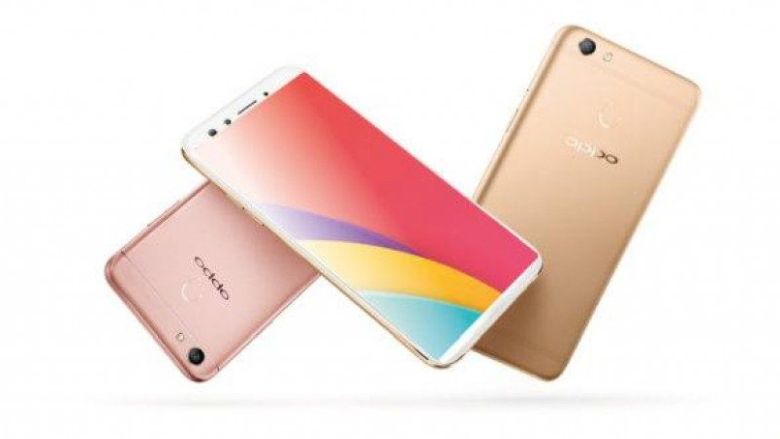 We’re talking actors, models, TV hosts and fashion icons, all of whom appear to be taking part in a rather unconventional advertising campaign for the as-yet unreleased and unannounced F5 selfie powerhouse.

The phone is mostly showcased from behind, where we see a single, bulging shooter, elongated fingerprint reader and standard OPPO logo. But several high-quality promotional images and even a random makeup tutorial video also offer glimpses of the front panel, which unsurprisingly joins the bezel-killing movement.

Get some expert advice from Metro magazine's Beauty Editor Kate Paras on how to achieve the gorgeous looks of Julia Barretto, Coleen Garcia and Jessy Mendiola during the Star Magic Ball HERE: #OPPOF5 #CaptureTheRealYou OPPO

Now, this is by no means a true “all-screen” device, and compared to the iPhone X or Essential Phone, it retains quite a lot of “dead space” around a display rumored to measure 6 inches in diagonal.

Still, we can probably all agree the OPPO F5 is a beaut compared to its predecessor (s), presumably sporting a 2:1 aspect ratio, dual 16MP (or so) front cameras, a 20MP rear-facing sensor, Snapdragon 660 processor, 6GB RAM, and a 4000mAh battery.

Today’s best deals come from Amazon and B&H. They include the latest Samsung Galaxy S20 5G unlocked, the 16-inch MacBook Pro and more