Smaller and slightly less powerful than the 6-inch F3 Plus, the “regular” OPPO F3 launches in India at a low price point with two front cams in tow.

OPPO has been weirdly vague and secretive about the specifications, pricing and availability of its other new “selfie expert”, perhaps fearing it would overshadow the better-equipped F3 Plus with a superior bang for buck.

Indeed, now that we have the full OPPO F3 picture, we can’t help but wonder which of the two is the smarter purchase. Finally detailed in India (where else?), the smaller phone is up for pre-order at Rs. 19,990 (around $310) ahead of an actual May 13 commercial launch.

That’s significantly lower than the 31,000 rupees ($480 or so) charged for the plus-sized model, and at least on paper, the difference doesn’t seem entirely justified. Extremely similar in design, the Android Marshmallow-powered handhelds also share a generous 4GB RAM count, 64GB internal storage and, more importantly, the 16 and 8MP front cameras made for selfies and “groufies” respectively. 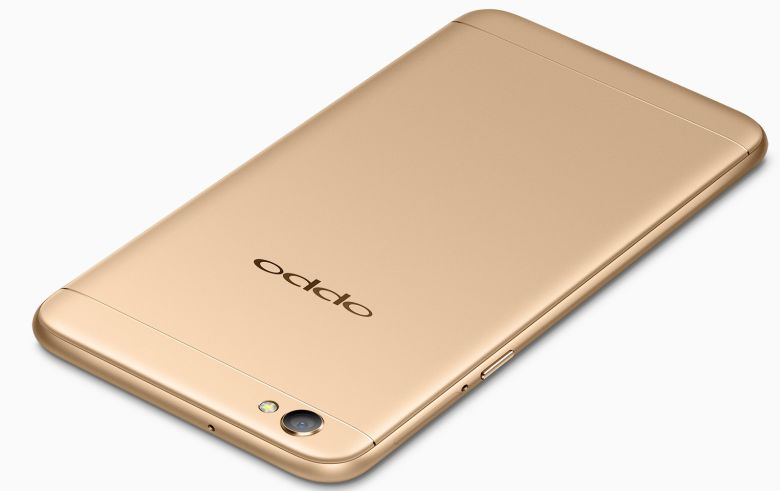 Instead of a 16MP rear shooter, the “regular” OPPO F3 sports a “main” 13-megapixel image sensor, while under the hood, a mediocre octa-core MediaTek MT6750T processor runs the show, replacing an arguably faster Qualcomm Snapdragon 653 silicon.

There’s also an obvious battery capacity “downgrade” in tow, from 4000 to 3200mAh, primarily owed to a screen diagonal reduction. But the 1080p resolution is retained, so unless you’re into (really) big phones, you may well prefer the 5.5-inch OPPO F3. Yes, it’s even got a fingerprint scanner, LTE support and microSD card slot.