Forget the “decent” OPPO F1 camera phone, as the true Europe-bound selfie expert has finally arrived under the predictable but somewhat confusing F1 Plus moniker. Predictable, because the handheld and name were teased a while back, and confusing due to its glaring similarities with the R9.

Check that, the OPPO F1 Plus and R9 are virtually identical, not just similar, the only difference being the latter starts at the equivalent of $430 in China, whereas the former will cost £300 ($425) in the UK, and €390 ($445) respectively in most EU territories.

Small prices to pay across the board if you’re addicted to self-portraits or merely find yourself using a phone’s front-facing camera more than its rear snapper. The OPPO F1 Plus accommodates a deluxe 16MP photography taker on its beautiful face, and “only” a 13 megapixel shooter on an iPhone-resembling back cover with top and bottom horizontal antenna stripes.

The super-slim 1.66mm vertical screen bezels and wasp 6.6mm waist make the F1 Plus stand out as a fashionista’s wet dream in addition to a shutterbug’s sweetest fantasy, with a sleek home physical button on deck, obviously hiding a fast fingerprint scanner. 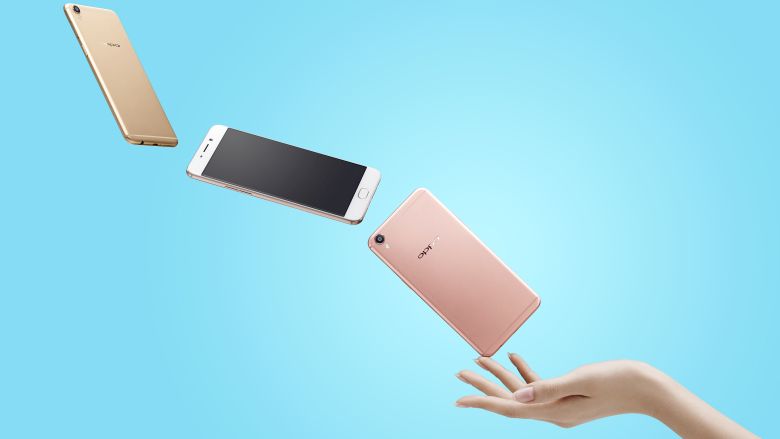 Speaking of speed, you got an octa-core MediaTek Helio P10 processor beneath the hood, always ready to handle your gaming, browsing and multimedia needs, while 4GB RAM ensure the smoothest possible multitasking mainstream Android devices are capable of.

The 5.5-inch Full HD AMOLED display should go relatively easy on the fairly small 2,850 mAh battery, but even if it doesn’t, there’s VOOC Flash Charge technology in tow to quickly juice things up. Other respectable features include 64GB expandable storage, ColorOS-skinned Lollipop software, and 4G LTE connectivity. Not too shabby!