Exactly one year ago today, up-and-coming smartphone manufacturer OPPO unveiled a somewhat surprising and no doubt costly promotional partnership with FC Barcelona, which only one week later walked away from the Olympiastadion in Berlin with its fifth ever UEFA Champions League trophy.

In the meantime, OPPO surged and surged and surged, becoming a force to be reckoned with in the global mobile hardware landscape, whereas Leo Messi & co. painfully fell to domestic rivals Atletico Madrid in the quarter-finals of the latest Champions League season.

The disappointment was surely amplified on Saturday, when Real Madrid topped Atletico in the final, but FC Barcelona has a shiny new La Liga cup to take some of the sting out, plus a special edition OPPO F1 Plus for the most hardcore of its fans. 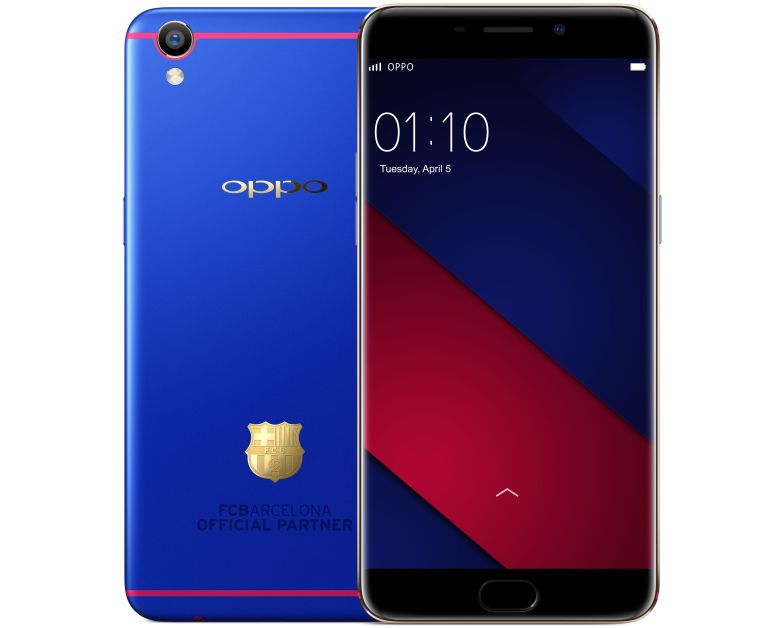 The screen bezels are so thin they’ll “have users reaching for their glasses”, OPPO proudly touts, and you get an FCB-themed UI applied on top of Android (5.1 Lollipop or 6.0 Marshmallow, that part’s unclear).

Otherwise, this F1 Plus is architecturally identical to the standard model, 5.5-inch FHD display, Helio P10 SoC, 4GB RAM and 64GB ROM included, rolling out to China, Singapore and Indonesia, as well as other “select markets”, in mid-June, for an as-yet unspecified price.