OPPO could be developing a lifting and rotating camera solution

A recently uncovered patent filing reveals how OPPO could be working on a rotating camera that also elevates from the body of the phone.

OPPO announced the N1, for those who remember, back in 2013. What was interesting about the phone is that it was a first of its kind approach, with its rotating camera. Even though the concept was quickly adopted by others, somehow it didn’t become mainstream, but now that we’re pursuing the all-screen smartphone, ASUS is doing something similar, but not quite identical, with its latest Zenfone 6.

OPPO could still be working on the concept, as a newly uncovered patent application suggests. This approach is still different that the original one as it seems to add an extra elevation before the rotation, as the graphic below suggests.

It is not clear whether we’re looking at versions with single or dual-camera setups, or OPPO is planning on adding cameras (two and one) on each side of the rotating mechanism. Manufacturers are trying everything in the power to fight against the bezel, the notch, and the punch hole, as they’re coming up with different solutions to move key components away from where they have been for decades. …at least until they figure out how to place them behind the display, in a way which would conceal them, and still keep both the components and the displays fully functional. 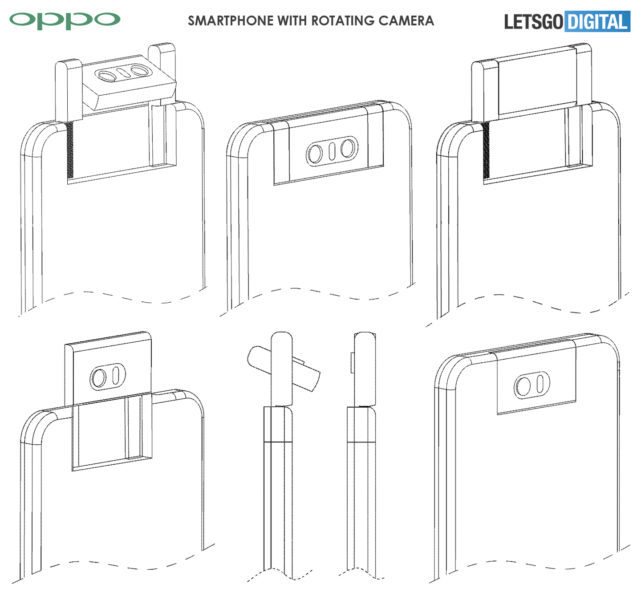