The OnePlus X image can already be painted in broad strokes, even though the smaller, lower-cost derivation of the flagship-killing 2 is still a couple of weeks away from an official announcement. Trying to zero in on the 5-incher’s characteristics will yield a number of key questions, like exactly what processor is ticking under the affordable Android soldier’s hood.

More importantly, how much does OnePlus intend to charge for the “Mini”, and what are its mainstream success perspectives when the 2 offers a whole lot for a relatively economical $329 starting price?

Alas, a slew of recent rumors, specification and visual exposés have only added to the confusion, with some sources hinting at a $220 MSRP, and others hiking that to $250. After Amazon India, a far lower-profile Asian e-tailer also slipped, briefly listing the OnePlus X as “out of stock” before yanking it altogether. 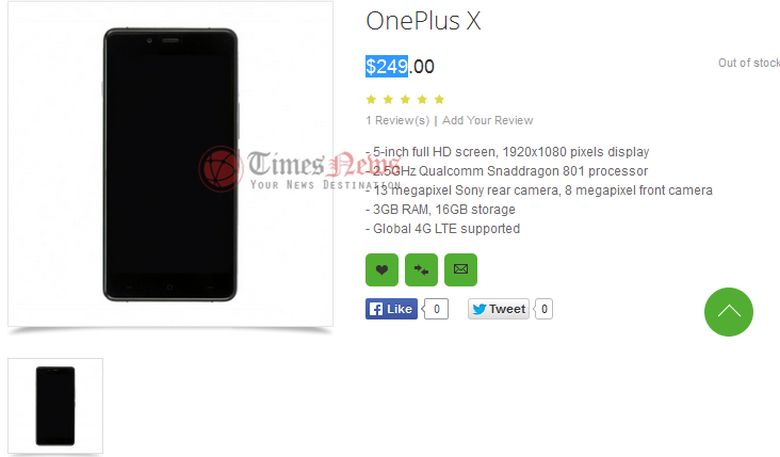 Given how hard it is for the startup to meet OnePlus 2 demand with just the single config, that’s unlikely. But it’s also the only logical explanation we can think of for this contradictory speculation bonanza. Either that, or Amazon and Oppomart are merely venturing guesses, in which case we should probably trust Tenaa.

Meanwhile, the features everyone appears to agree on are a 5-inch Full HD display, 13 and 8MP cameras, 16GB internal storage, and 4G LTE connectivity.

On today’s Pocketnow Daily, we talk about the camera and the display in the upcoming iPhone 12 lineup, the new budget-friendly device from OnePlus and more
YouTube 1.8M
Facebook 570K
Twitter 197K
Instagram 133K
RSS