New OnePlus smartphone shows up at the FCC – is this our OnePlus X/Mini?

We’re just days away from a possible launch event, but new OnePlus X FCC docs might just give us an early glimpse at the smartphone.
Published 09 October 2015, 17:28 EDT

OnePlus has a press event coming up in India next week, where the company says it will show off “the next big step” for its phones. And while it hasn’t confirmed so, rumors sure suggest that we’re about to see the debut of a new, smaller handset, tipped to launch as the OnePlus Mini or OnePlus X. We’ve already heard about some possible specs, and today we pick up what might just be some hard evidence for the phone’s existence, as the FCC publishes certification docs for a new OnePlus phone.

In a rare treat for FCC paperwork (especially concerning an unreleased device), we’ve actually got some pictures this time. And while we can’t see a lot, we do get a sense of scale, with the handset appearing to measure about a centimeter narrower than the OnePlus 2.

Other hardware details revealed in the paperwork paint a similar picture of a scaled-down handset. For instance, there’s mention of a 2450mAh battery, down from the 3300mAh cell in the OnePlus 2. There’s nothing particularly telling about the band support, boasting compatibility with multiple GSM-based carriers.

The OnePlus event is scheduled for this coming Monday, so it shouldn’t be long before we get the full story on this phone – confirmed name, specs, and all. Check back with us then for coverage of the manufacturer’s announcement. 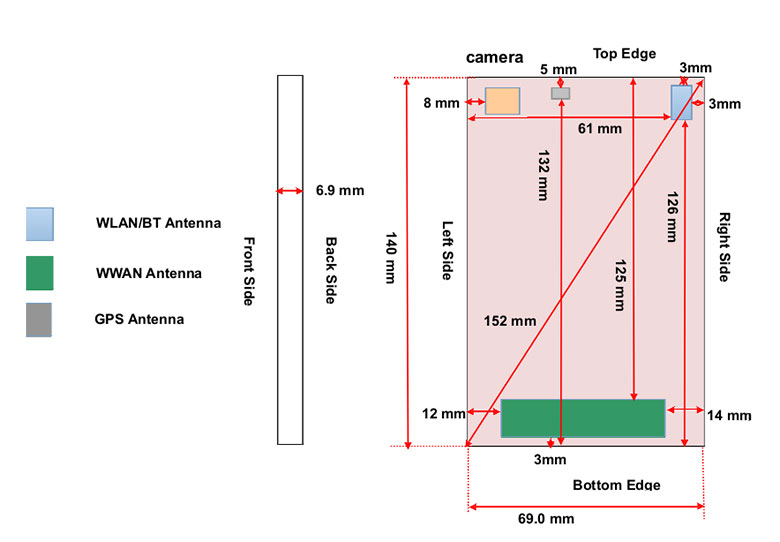