You know you’ve truly made it as a tech company when the leader of the free world uses your products. In the case of OnePlus, a China-based smartphone manufacturer with only three gadgets under its belt and less than three years of existence, we’re of course merely talking a fictional United States President.

But Frank Underwood is probably quoted more on the interwebs than Barack Obama, and even if he’s killed a few people, he could definitely take on the likes of Donald Drumpf (sic), Ted Cruz and Marco Rubio in one of those insult-filled debates going on lately.

Let’s not digress, though. The main story here starts with a bunch of eagle-eyed “House of Cards” viewers who noticed a number of OnePlus appearances in the latest season of the Netflix smash hit. A few too many to be coincidental. And while Kevin Spacey’s central character wasn’t spotted using a One, 2 or X, Robin Wright’s Claire Underwood on-screen persona was, and that’s clearly the next best thing.

The handhelds popped up in several episodes, and in more than one viewpoint, with their logos sometimes showing and sometimes not. Could it be that the producers and actors simply liked the fast-rising OnePlus brand? 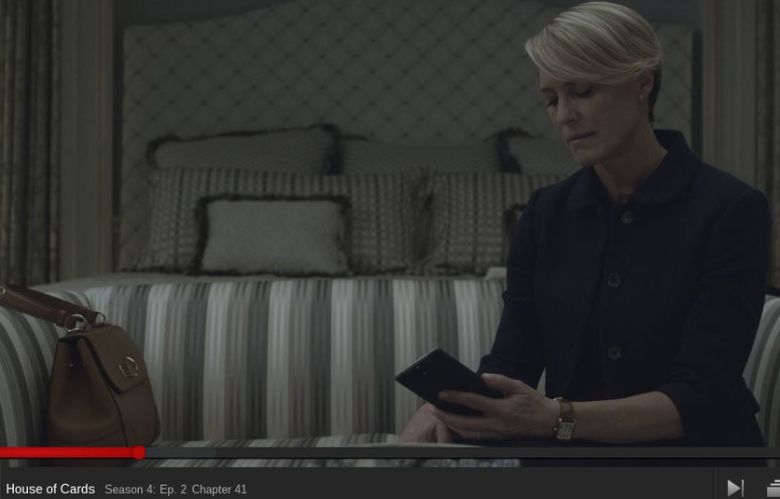 Not according to a Weibo post announcing a fairly costly publicity deal just as season 4 debuted online. Apparently, this set the OEM back an approximate $300,000 in an attempt to raise both US and global awareness over OnePlus phones, sold pretty much everywhere directly by the company through its official website in unlocked form.

Smart business call or extravagant spending without real investment return prospects? Let the butchery begin in the comments section below.