In these leaked renders we’re looking at the OnePlus 7 Pro in two new colors, and we also notice the notification button on the side.
Published 03 May 2019, 02:00 EDT

May 14 is when the OnePlus 7 Pro will be officially announced, allegedly accompanied by a OnePlus 7 Pro 5G and a OnePlus 7 variant. The specs have been leaked and out there for quite some time but there always seems to be another leak that brings new information.

This time around, we’re looking at the OnePlus 7 Pro in two new colors: Nebula Blue (above) and Mirror Grey (below). What’s more interesting than the colors is the fact that the renders display the OnePlus branding spelled out, not just the logo, on the lower part of the back, similar to what Apple is doing with the iPhone.

There is nothing else on the back except the branding, triple-camera system and the LED flash. The fingerprint scanner will reside under the display, which has no bezels or notches, as the phone will feature a pop-up/elevating front-facing camera.

Speaking of the display, you can see the curve on the edges. It is expected to be an AMOLED panel that operates at 90Hz, which will appeal to gamers mostly, have 6.67-inches and a 3120 x 1440 resolution.

You can also spot the notification button on the right side of the phone, alongside the power button, with the volume rockers on the left edge. 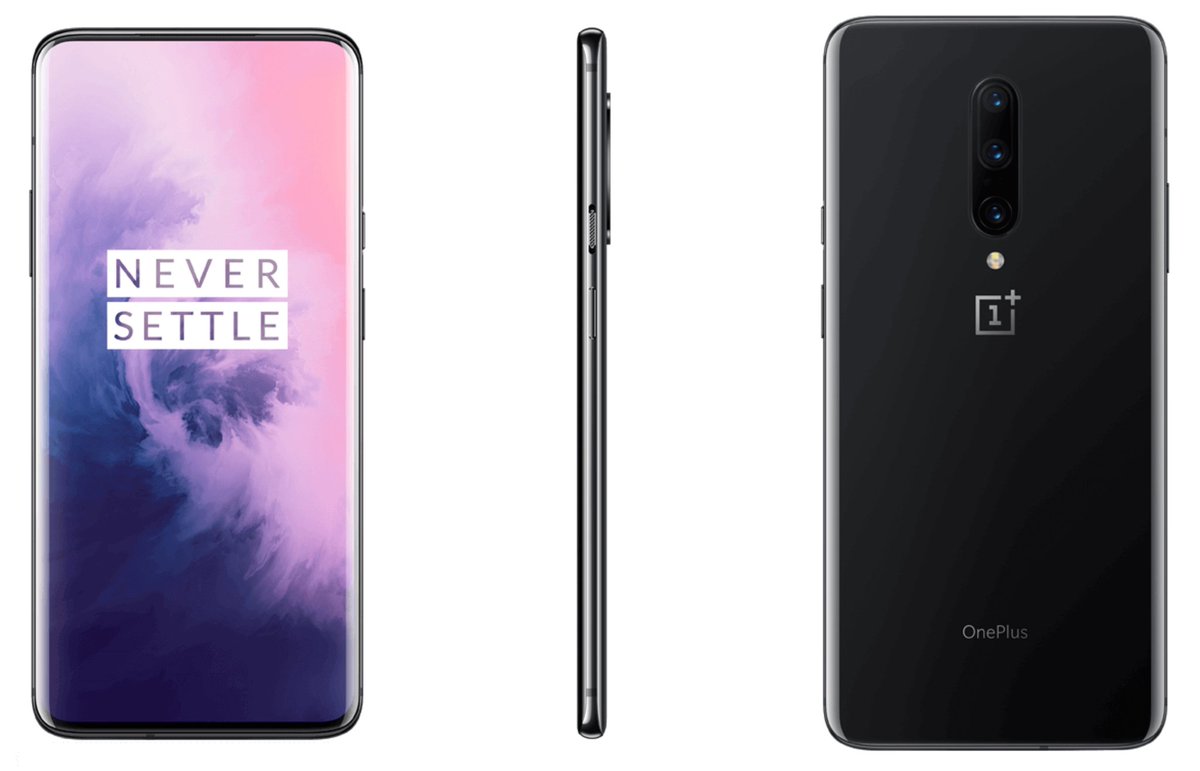