This is our OnePlus 7 Pro hands-on video. We were among the very first to take the new OnePlus flagship for a spin, and these are our first impressions.
Published 14 May 2019, 14:00 EDT

Meet the OnePlus 7 Pro, the company’s latest and greatest flagship killer, that this time is not just here to compete with specs and price. See, every previous OnePlus I’ve reviewed or compared has won because its short comings were always something you could forgive, for all the specs you received for the price.

Now, what if I told you part of that has changed? What if specs were still powerful, price was still aggressive, and yet most of the things we felt were missing were finally addressed? Actually, you’re going to hear the word finally a lot in this video.

In the past, the narrative OnePlus was to “Never Settle”, but that wasn’t always the case. Either features were missing, or the camera wasn’t really there, or the design followed trends no one was really asking for. The OnePlus 7 Pro is all about actually walking the talk, and it starts with the unboxing.

My review kit will come with more stuff than the experience you’ll have. Our box included the new OnePlus 7 Pro, the new Bullets Wireless 2 and a Warp Charge car adapter, along with the usual cool cases OnePlus sells for very little money. Inside the box of the Bullets Wireless we have the headphones front and center, bellow are ear cushions of different sizes, a red case that I’ve come to love, and a USB C small cable for charging, since they are Warp Charge capable. The warp charge car adapter has the advantage of not just being the adapter, but also including a USB A to USB C cable in OnePlus fashion as well.

As for the OnePlus 7 Pro, we start with literature, a clear case covering it all along with a SIM ejector tool, the device bellow, a Warp Charge 30 adapter, and a USB A to USB C cable bellow. Let’s definitely peal this plastic of… And sorry guys, I know this is a screen protector, but I hate to admit I’m not a fan. 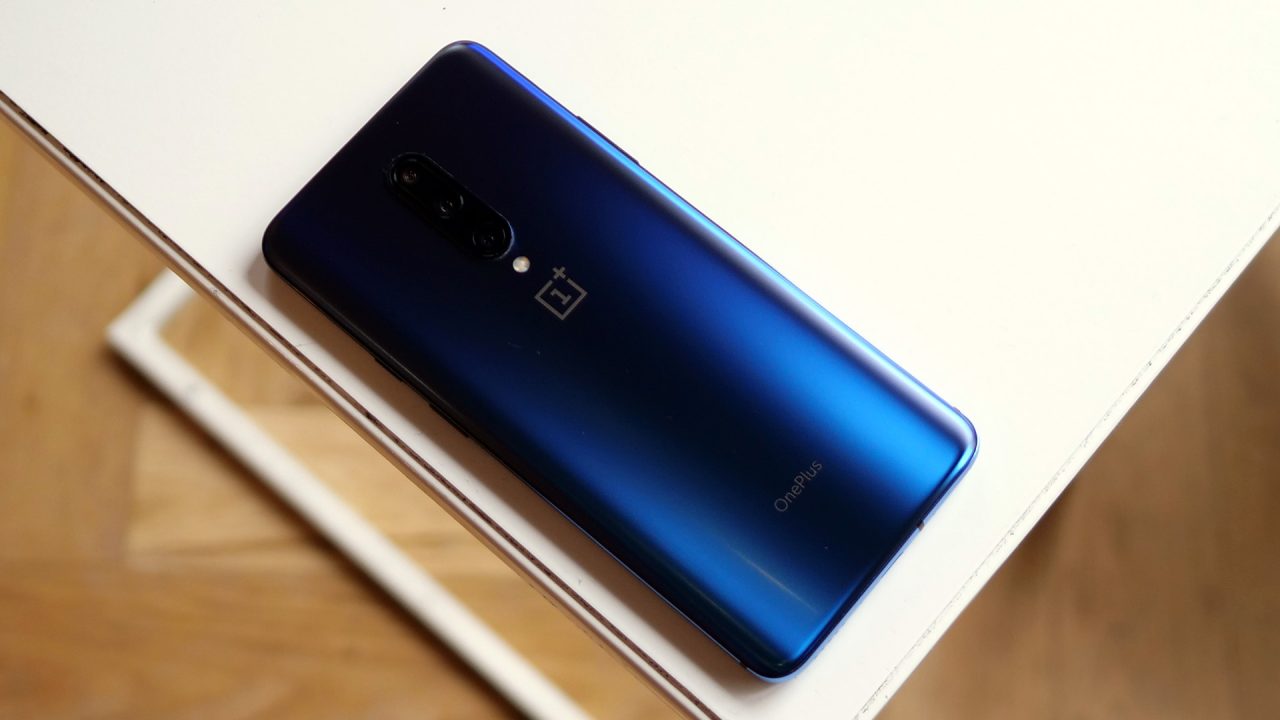 It’s hard to deny how gorgeous this device is at a glance. We’ve got three color options, Mirror Gray, an Almond that will launch later, and this Nebula Blue that’s currently my favorite thanks to its matte finish. It’s curved all around, camera hump is not as intrusive, the buttons are all placed where human hands can reach them, and the beloved mute slider is here for added convenience.

What I find the most striking is the display. No bezels, no notches, just a curved and fluid display, as the company is calling it. This is a 6.67-inch AMOLED panel finally making the jump to Quad HD+ resolution, we have, sRGB, DCI-P3 and even HDR10+ support, all on 600 nits of brightness. It’s one of the first OLEDs to bring 90 Hz refresh rate for those of you interested in gaming. I’m more about just how immersive it is thanks to its great color reproduction, and the fact that the company also finally made the jump to stereo dual firing speakers tuned by Dolby ATMOS. For those owls in the crowd, there’s a new Nightmode 2.0 that filters out more of the blue rays from the display, and has it get as dark as 0.27 nits for added comfort. For those readers in the crowd, the black and white reading mode also makes a return.

And as for the reason why notches existed, AKA the selfie cam, well there’s the Pop-up camera at 16 megapixels and f2 aperture. The company claims the mechanism has been tested 300 thousand times, or roughly 150 times a day, and there’s even free fall detection in case the phone slips off your hand with it extended. The speed of the pop up is fast enough to still support face to unlock in just 0.65 seconds. 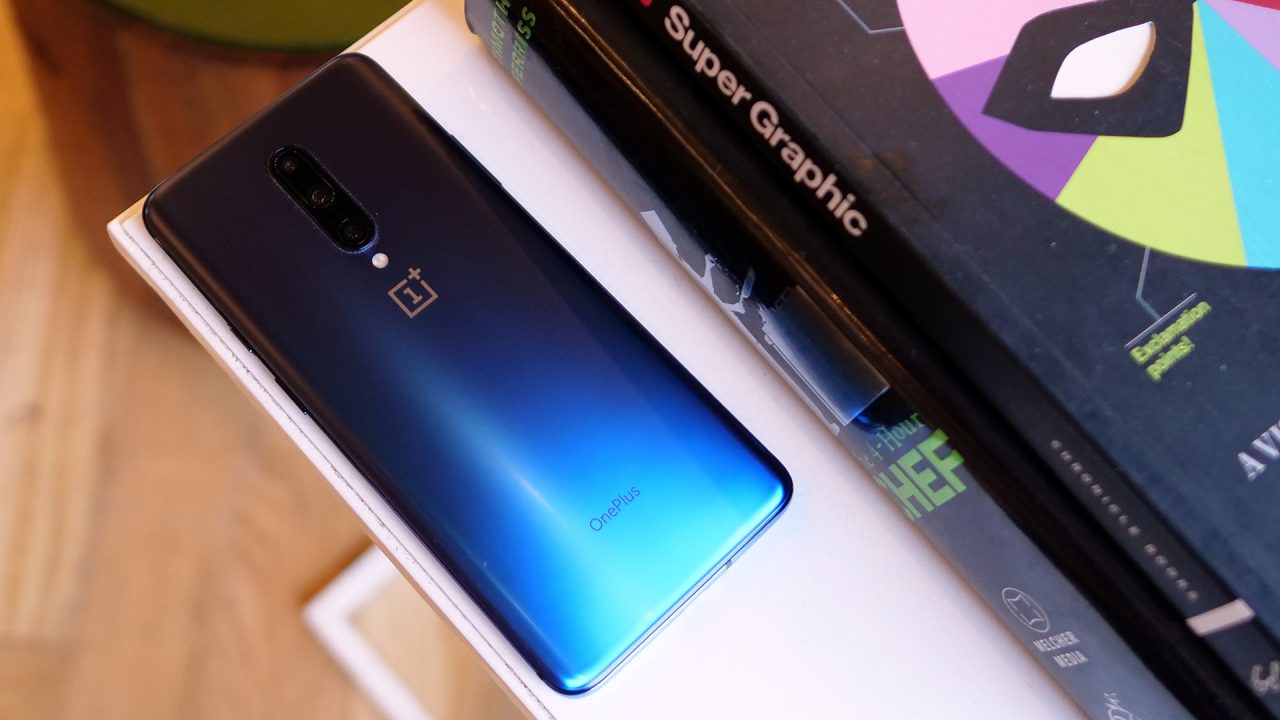 Really my biggest concern when I saw the leaks of this camera module was water resistance. I know of no other device with moving parts to claim this, but OnePlus has assured that this device is. There’s no IP rating to spare you from paying for the certification, but they confirmed it retains the same experience as previous generations.

Those of you looking for a more conventional approach, the on display fingerprint scanner has been improved, now with a 36% larger sensor, and unlocking the phone in just 0.21 seconds.

Flipping things around we have 3 camera sensors, and these are finally all cameras.. Real ones.. Not just depth sensors. We have a Sony IMX586 primary at 48 megapixels, f1.6 aperture and supports an insane 1.6 microns through pixel binning, and has OIS and EIS. Bellow it is an 8 megapixel telephoto at 3X optical zoom, f2.4 aperture, standard microns and OIS, and above, yes.. Believe it or not, a 16 megapixel Ultra-wide at 117 degrees of field, f2.2 aperture and no OIS. There’s a new Night Scape and a smarter approach to HDR+. In video there’s support for 4K video at 60fps, 1080p super slow-mo at 240fps, 720p at 480, though the selfie camera only supports 1080p at 30fps. We’ll report more on the experience with the camera as we get closer to comparisons and the full review. 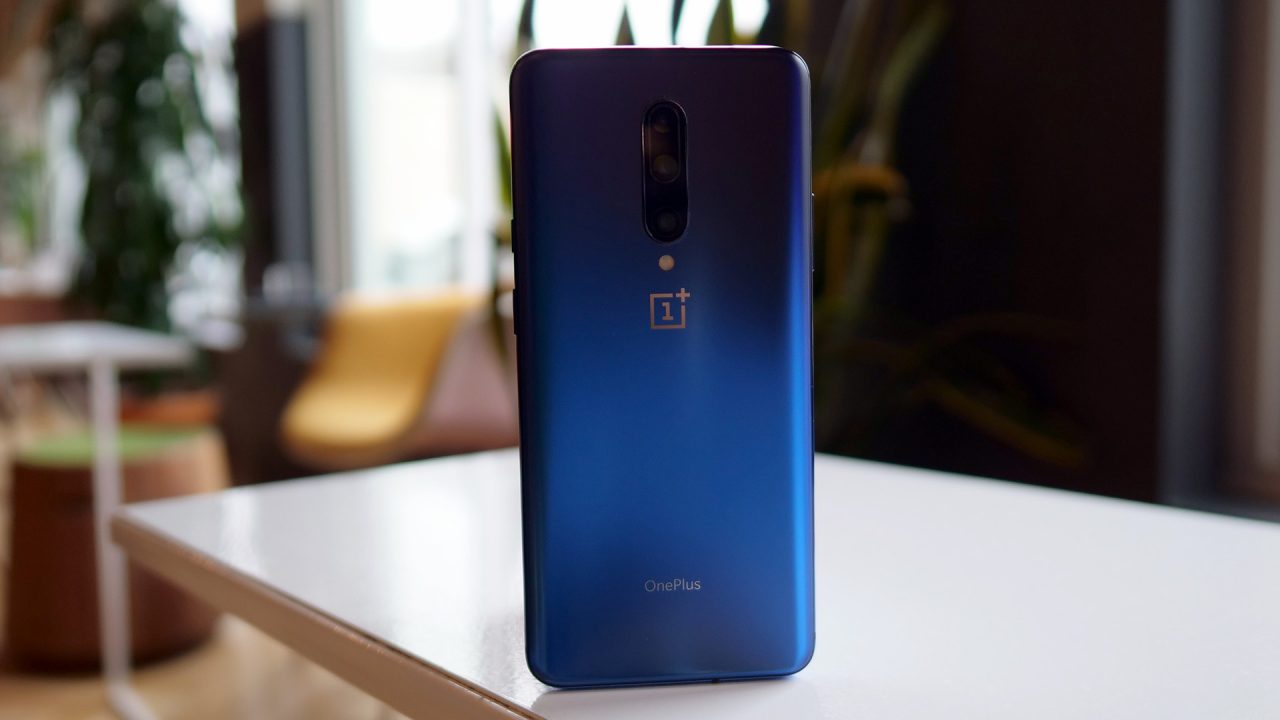 Oxygen OS jumps to version 9.5.2 on top of Android 9 Pie, and keep in mind this phone is on the list for the Q beta as well. The experience has been fast and fluid as we’ve come to expect from OnePlus. I seriously consider this to be more stock Android than even what we get on the Pixel. There’s a new screen recording feature in case that’s your thing. Probably my favorite change is a new Zen Mode for digital well-being. It forces you to spend 20 minutes of phone free time and you can’t cheat. If you enable this, you won’t be able to switch it off even if you reset the phone.

Overall I have to say that my first impressions are that this is NOT a phone that cuts corners. We have gorgeous hardware, no compromises on the display, the best specs, great software, and a complete camera combo. Seriously the only thing this phone is missing is wireless charging, which has warp charging as a solution, and a headphone jack.

Thing is, when the starting price is just $669, and you can get the pair of Bullets Wireless 2 for an extra $99, you’re looking at a full blown flagship with wireless headphones for nearly the same money than even the iPhone XR or Galaxy S10e. Those are actually going to be hot comparisons that we’re already working on very soon. Yes this is a T-Mobile exclusive in the US for now and there’s even a trade-in program for those wanting to make the switch.

I have to say I am impressed, but we’d love to hear what you think.

It is tipped to sport a 120Hz refresh rate display.