Check out the OnePlus 7 in these leaked case renders

These leaked renders are supposed to be all about the case, but we all know you’re interested in the phone. Check out the OnePlus 7!
Published 03 April 2019, 16:00 EDT

Just in case previous specs, pricing, and render leaks were not enough to satisfy your OnePlus 7 curiosity, here’s a fresh batch to keep you going. We can’t verify the accuracy of these renders, but they seem to align nicely with what we’ve seen and heard so far. They are apparently renders done my a case manufacturer, so the emphasis is more on the case rather than the phone, but we all know what you’re interested in!

You can’t see the front-facing camera, but it’s there; it will pop up. What you can see, however, is the triple-camera setup on the back, and an almost full-screen-design, with minimal bezels on the top and sides. You won’t see a 3.5mm headphone port, and a fingerprint scanner. The first one will be completely lacking, while the other one will be tucked under the display. Other than that, it’s more of the same. Meet the OnePlus 7. It should be announced shortly. 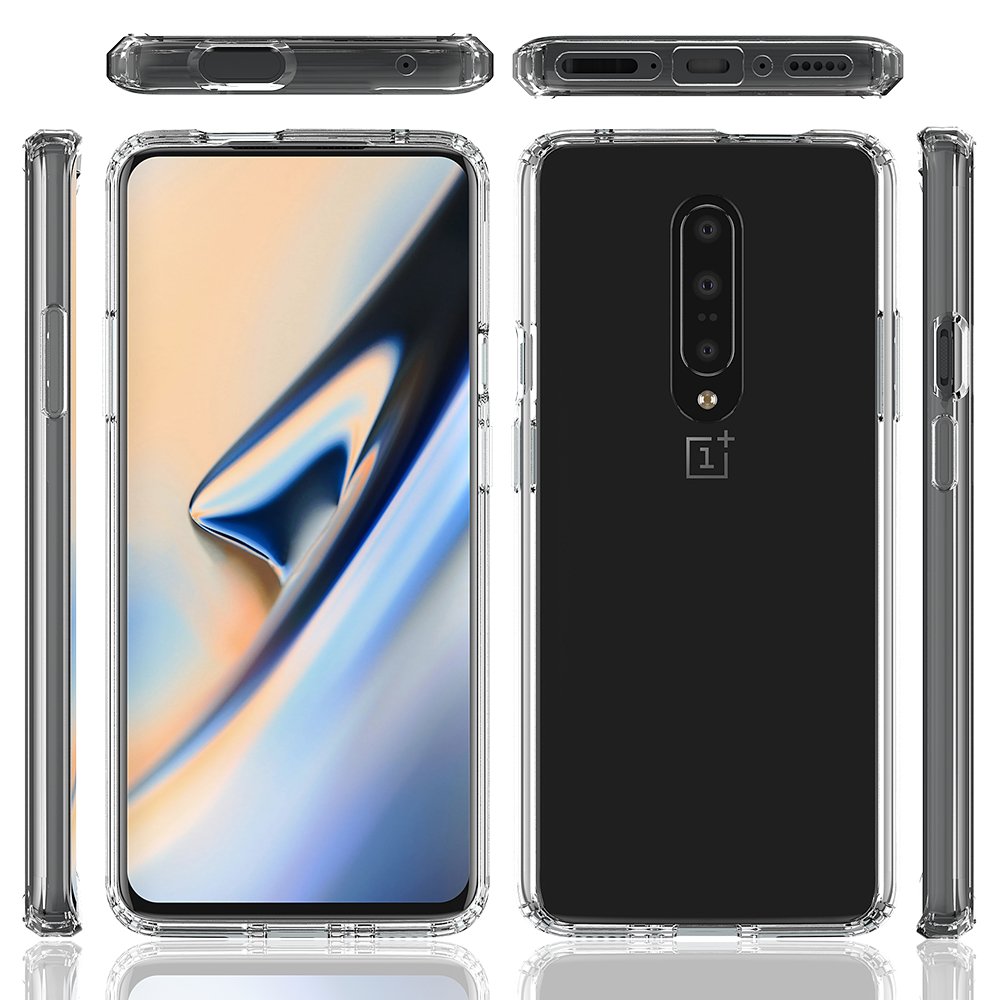