OnePlus 7 launch scheduled for May 14, according to a leak

A recent leak anticipates the OnePlus 7 launch date, and hints confidently towards the middle of next month, which is May.
Published 15 April 2019, 02:00 EDT

There are plenty of OnePlus 7 reports detailing aspects of the upcoming phone. We’ve seen renders showing off the pop-up selfie camera, and a case leak confirmed the approach. According to all the reports, the OnePlus 7 should feature a 6.5-inch AMOLED display, Snapdragon 855 chip, up to 12GB of RAM, and up to 256GB of storage. A triple camera setup will reside on the back with 48MP + 20MP + 16MP shooters, a 16MP pop-up selfie camera on the front, and a 4,000mAh battery with 44W fast charging capabilities should power everything.

What has been a mystery so far is the OnePlus 7 launch date. According to a recent leak from Ishan Agarwal, who has a good track record of being accurate, the OnePlus 7 launch date is May 14. That’s less than a month out, and will be a year after the introduction of the OnePlus 6. The leak also mentions that thus is going to be a global launch for the phone, so mark your calendars for May 14, 2019. 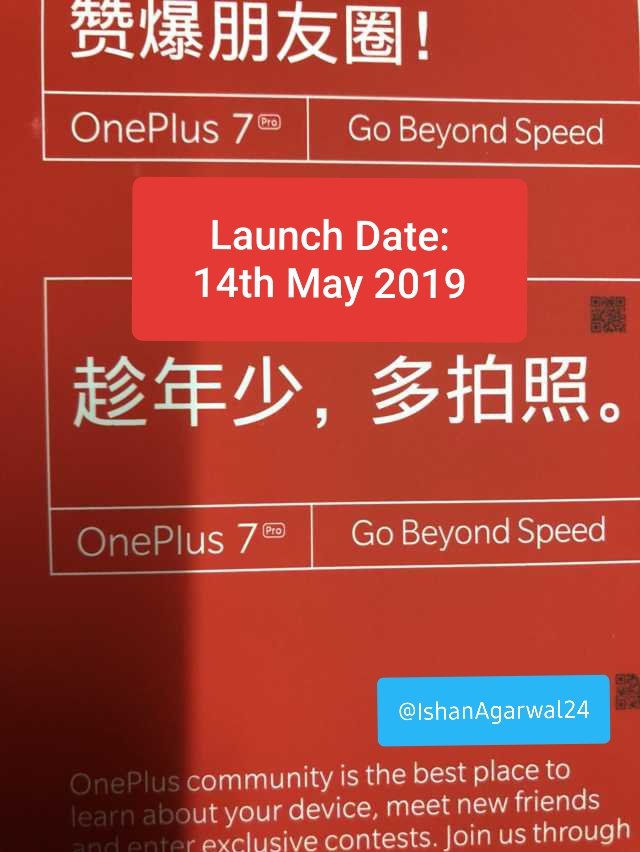 Okay, so I'm gonna stop with the estimations and give you all what you want. I can confirm that #OnePlus7 Series is launching globally on "14th May" 2019! Exactly 1 month left for #OnePlus' Flagship Killer to be revealed! According to earlier leak: #GoBeyondSpeed! #OnePlus7Pro pic.twitter.com/KlUpHjZms7

It will come with support for 18W fast charging.

The new “Choose when to download” pop-up window will give users three options to choose from – Now, On Wi-Fi, and Pick date & time.

It is being pushed via OTA.