OnePlus 6T pops up in Russia

The Eurasian Economic Commission (EEC), headquartered in Moscow, has issued the document below. It is a “Register for notifications and specifications” entry dated yesterday, August 24, 2018. Does that mean the device it refers to got some sort of certification? Does this only testify receipt of the device? We don’t know, and it isn’t even relevant.

The smartphone, or the “subscriber terminal”, as the document refers to it, is a OnePlus. Its model number is A6013, and that’s the only thing this document reveals. We’re pretty sure though that we’re looking at the OnePlus 6T. More specifically, its European and North American quad-band version.

We already heard solid, though unconfirmed as of yet, reports that the OnePlus 6T will be the first OnePlus smartphone to get carrier support. In the US, it will be reportedly carried by T-Mobile, while unlocked and international versions will be sold by OnePlus. 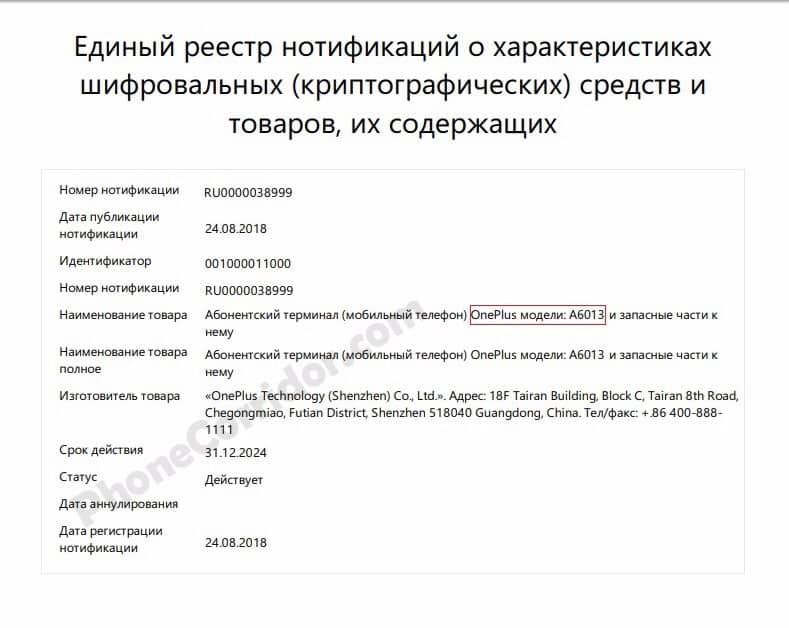 Google says Play Store will get a safety section that tells people how an app collects data, how it is shared, and if their data is encrypted.

Apple is finally embracing 120Hz panels for the iPhone 13 family, but a lot of the underlying technology comes from Samsung’s house.