A OnePlus 6T McLaren Edition could be just around the corner as the two companies officially announced their partnership today.

Just as Huawei has been teaming up with Porsche Design over the past couple of years for limited edition smartphones, OnePlus just announced its partnership with McLaren. At the December 11, 2018 “Salute to Speed” launch event, the two companies will unveil “the first stage” of their collaboration. We’re pretty much looking forward to a OnePlus 6T McLaren Edition smartphone.

OnePlus is no stranger to collaborations over the years, Marvel Studios for The Avengers edition and Disney for the Star Wars edition being the most notable ones. What this OnePlus 6T McLaren Edition will bring to the table is yet unknown. It could be a special design, a special paintjob, or a spec bump. What matters is that associating with a brand like McLaren will make OnePlus and the OnePlus 6T even more attractive.

“McLaren and OnePlus were born in a similar way – with a big dream to create something special. Starting from nothing, we challenged ourselves to never settle. Today we unveil a true testament to innovation, a salute to speed”, said Pete Lau, CEO of OnePlus. Zak Brown, CEO of McLaren Racing, said, “The OnePlus brand is synonymous with speed and power, two values that McLaren likewise strives to deliver with every car we build. Bringing together the inventive, pioneering spirit shared by both OnePlus and McLaren is a firm statement of intent to leverage our collective powers and break new ground for innovative ideas and technology.”

Mark your calendars for December 11, as we’ll find out more at the official unveiling. If we hear something important until then, we’ll make sure to let you know! 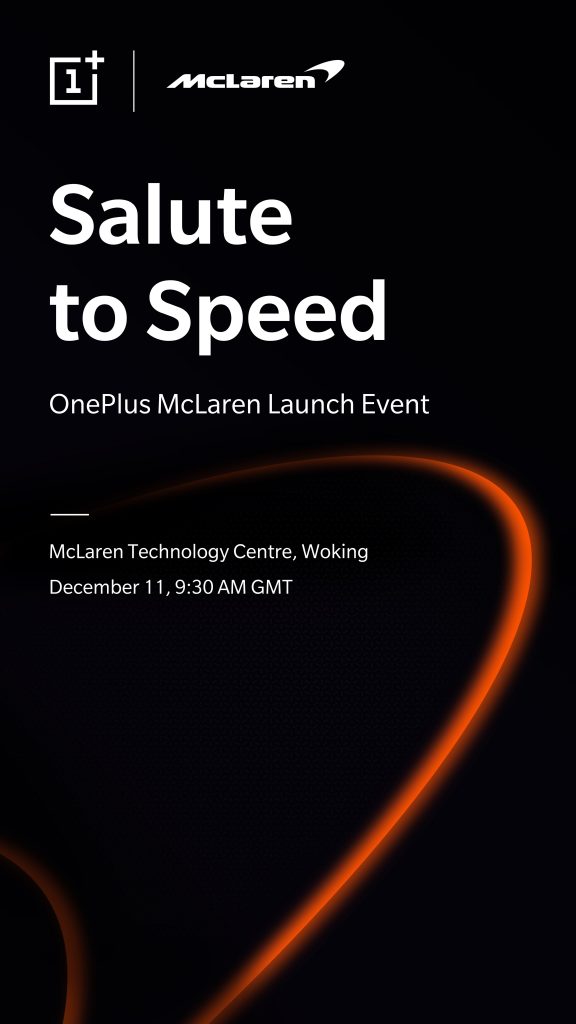