OnePlus 2 Mini could be on the way with 4.6-inch FHD screen, 4GB RAM

Slowly but surely, OnePlus is phasing out the controversial and downright uncomfortable invitation-based purchasing system for its three affordable high-end phones to date. As such, it’s time we kicked off the sequel and spin-off rumor games, despite the X having literally just debuted, and the 2 turning a year old next summer.

Clearly, you’ll need to wait a while longer for direct follow-ups, though OnePlus could choose to branch out into other market segments over the coming months. Like the diminutive flagship niche, oddly abandoned by both Samsung and HTC recently, with Sony the main name still committed to “Compact” heroes.

Now, GFX Bench doesn’t reveal the identity of this “unknown” OnePlus handheld tested for GPU speed in pre-release form, but at 4.6 inches in screen diagonal, its moniker seems relatively easy to deduce. It’s either a OnePlus Mini, or a OnePlus 2 Mini. Or perhaps a really early OnePlus 3 Mini prototype.

It’s obviously wise to remember these types of product “leaks” aren’t always 100 percent accurate or legit, which may explain why the power munchkin combines a colossal 4 gigs of RAM with an underclocked 1.7GHz octa-core Snapdragon 810 processor. Or why the 13MP rear-facing camera lacks HDR capabilities. Or why there’s no on-board NFC connectivity. 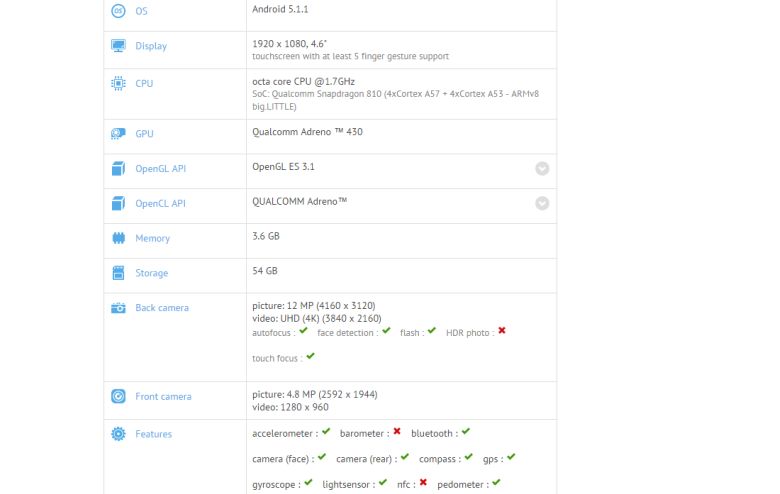 Wait, on second thought, that last part actually sounds plausible. Meanwhile, 64GB internal storage space feels a little excessive, and 1,920 x 1,080 pixels resolution would produce a mind-blowing 479 ppi count on the pint-sized display. It all seems a bit dreamy to be real, even with Android 5.1 Lollipop on the software side of things, and “just” a 5MP front shooter providing your selfie fix. But this is a time to believe in miracles, isn’t it?