Living with the Android P beta is actually quite enjoyable

Signing up for it on my phone was easy, the gestures were, for the most part, intuitive and I was saving power from all the new algorithmic features on Android P. And this is a beta version.

When Google officially released the Android P public beta during Google I/O last week, I knew I wanted to give it a try since I had a Pixel 2 to test it on.

Getting the beta installed was painless. You simply visit android.com/beta, sign up to be part of the beta program, register your device and then follow the on-screen instructions on your device once you receive the push notification to install the beta on your device. The whole process took less than 15 minutes and once my phone rebooted, it was running Android P.

Since I had participated in the Android O public beta last year, my expectations were pretty low. After using the first release of the Android O beta for a few days, I wiped my device to get back to Android Nougat. But this time, living with a beta build of Android P has been mostly hassle-free and actually quite enjoyable. 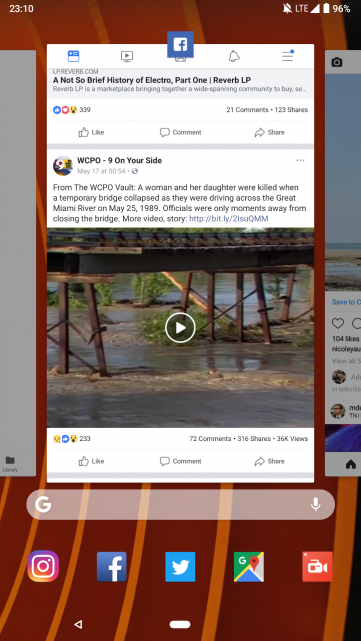 My favorite new feature that Google’s baked into Android P is the new gesture navigation. The feature isn’t turned on by default, but once it’s switched on, the Back, Home and Multi-tasking buttons are replaced with a single button at the bottom of the screen. If you’re in an app, the back button still shows up and tapping the center button brings you back to the home screen. But at any time, you can swipe up on the button to reveal your most recent apps which are laid out in a card style which is reminiscent of webOS. Swiping up on an app card will remove it from memory while tapping it or swiping down will switch over to that app.

If you want to quickly switch between apps, swipe from the center button to the right and you’ll jump into the last app you were using. This functionality has been around for years, but somehow the swiping gesture simple feels a lot more intuitive.

While I think Android’s new gesture-based navigational system works pretty well, there’s a lot of room for improvement. When auto-rotate is turned on, the UI gets pretty glitchy. The home screen will display in portrait mode, but things will switch to landscape once you swipe up to the multi-tasking view if the phone is at a slight angle. I’m also not a fan of the slow-swipe-up on the home screen which changes to the double-swipe-up when you’re in an app to open the app drawer. 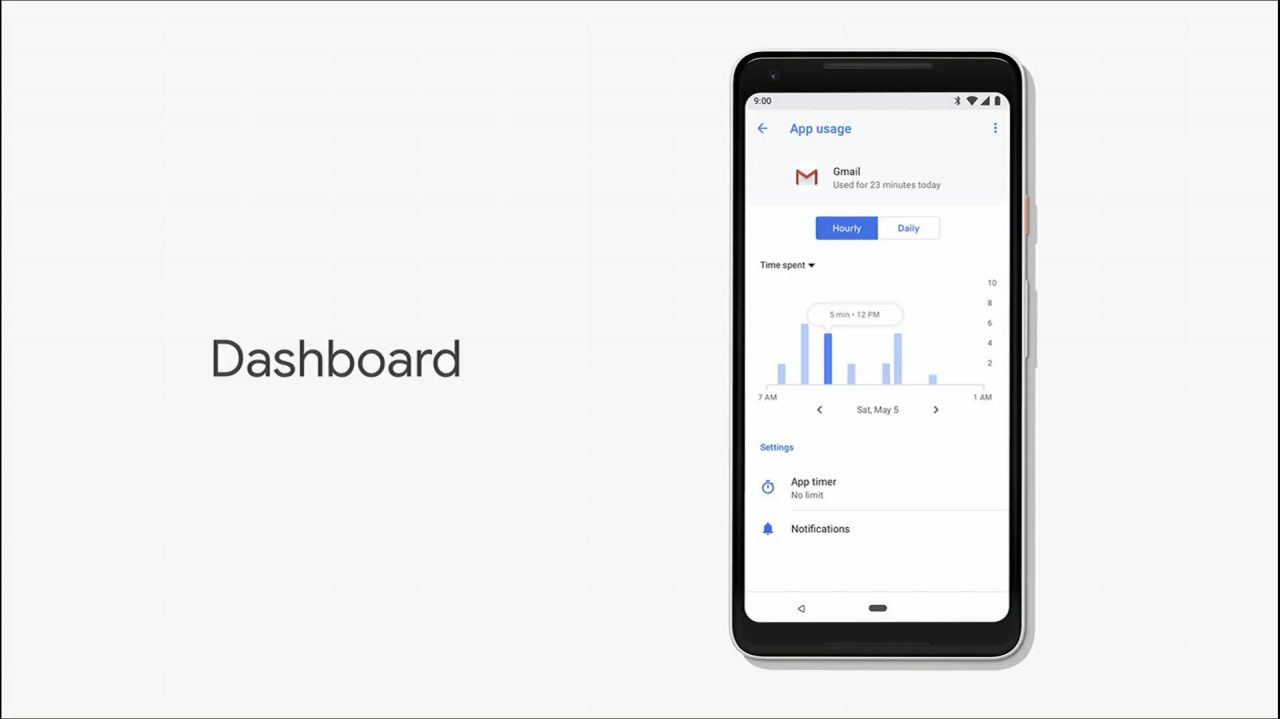 Things seemed to stay the same the first few days, but I’ve noticed that my phone was lasting longer as more time passed. After a week with Android P, I’d say that my Pixel 2’s battery is now running at least an hour longer than it did on Android Oreo. Based on how I use the phone, the increased juice is likely coming from the AI-powered screen brightness tuning which learns how bright you set your display in specific situations. After making manual adjustments (usually turning the brightness down) for the first few days, the phone seems to be setting the brightness just right on its own. 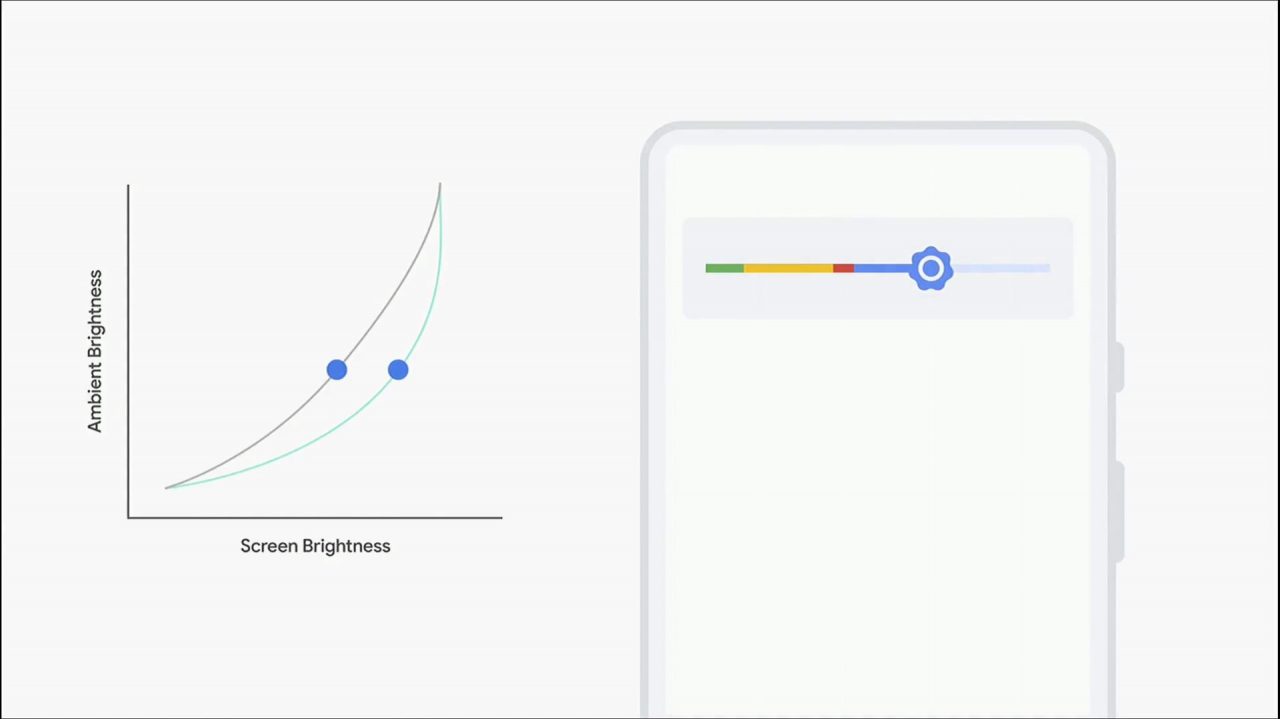 Android has always been ahead of the curve when it comes to managing notifications, so it shouldn’t come as a surprise to hear that Android P takes things one step further. Google’s added a “Manage Notifications” shortcut to the bottom of the notifications shade and more apps now get “smart replies” – allowing you to reply to send a reply to a message without having to type a word. I’ve been using this feature non-stop for the past few days and the people I’ve been messaging are none the wiser.

It’s so good that it feels like I’m cheating.

The one big feature which I really want to be able to test much was App Actions since it relies on app developers to incorporate it into their apps. The feature will allow developers to break out specific actions from their apps and allow them to be triggered by a search or suggested as an action in the app drawer.

While I never use search to find content or apps that are on my device, I know a lot of people who do. Adding actions like calling an Uber, checking into your locations with Swarm or placing your usual order with the Chipotle app without having to open the app and navigate its UI could be quite useful.

Overall, using Android P on my main device for this past week has been a lot more enjoyable than I was expecting. I’ve had to reboot my phone two or three times due to UI glitches which wouldn’t resolve themselves, but that’s acceptable in my book. Most of the glitches I’ve seen will likely be resolved with the next beta build, but I’m curious to see if Google makes any tweaks to the gesture navigation system.

This has a lot going for Google, but Google needs this to be a home run once the final version rolls out this fall.