Here’s what the One M9+ camera can do

HTC hasn’t exactly carried a reputation for great cameras in recent years. What began as a bold idea in 2013 with the One M7’s Ultrapixel technology, a statement against the megapixel race in favor of “larger” pixels for pulling in more light, ended in bad execution in the form of an underwhelming 4MP sensor.

Last year, HTC pushed forward with its unique Ultrapixel design, and added a depth sensor above for artificial bokeh and other effects. Again, it didn’t go over so well, so this year the company retraced its steps and put a new and improved 20MP shooter into its M9 … can you guess? Yeah, it flopped this time, too. But we’ve had our hands on the One M9+, an incremental step up from its current flagship smartphone the One M9, which combines the 20MP lens with the depth sensor into an amalgamation of the past three years of HTC’s imaging technology. So is this finally the HTC phone to buy for a great camera?

Our HTC One M9+ review unit was sent to us courtesy of dbrand, maker of high-precision vinyl skins for phones, tablets, and more. Pay them a visit at dbrand.com, and tell them that Pocketnow sent you! 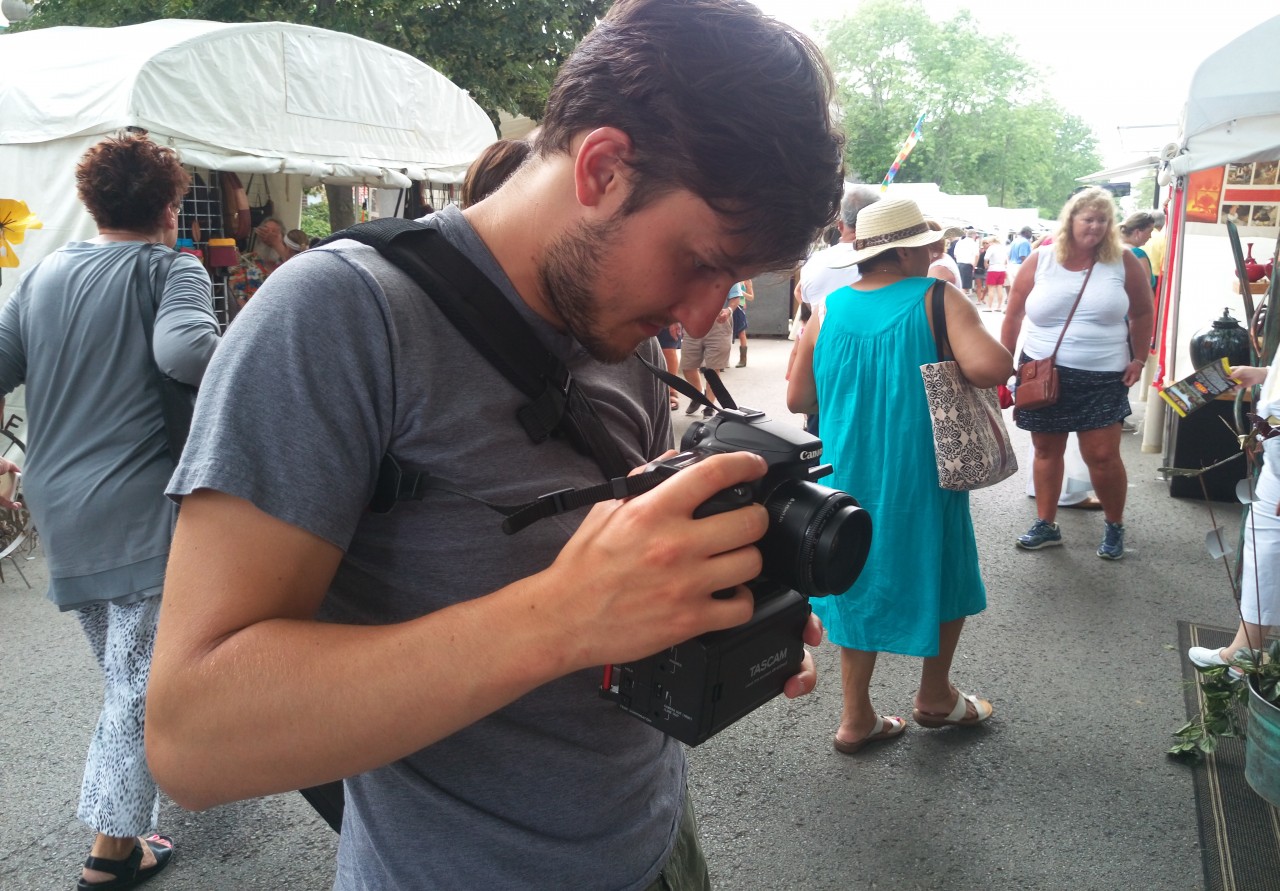 I brought the M9+ to an outdoor art gallery downtown with a friend, and experimented with the 20MP Toshiba sensor. It was a good time to explore the range of the camera, since the day shifted from bright and sunny to rainy and back, giving me some varying lighting to shoot in. Overall, I was able to take some reasonably good photos, with a fair amount of detail and more true to life colors than other HTC phones I’ve used in the past.

An issue that’s plagued nearly every HTC phone of recent history is wild exposure mishandling; phones like the One M9 had trouble balancing conflicting light sources and the result was either a harshly blown out photo, or a dark shot devoid of any detail or color. The M9+ did seem to struggle a bit initially, but an out-of-the-box software update aimed specifically at improving camera performance seems to have made a significant difference for the better in that regard. My only major annoyance here is that the camera rarely manages to focus on closer objects, so macro shooters may want to look elsewhere.

As it gets later in the day (about 9 PM in the gallery below), the sensor still manages to hold its own quite well, especially given the pretty average f/2.2 aperture. The good news is that there’s surprisingly little digital noise, and the sensor takes in more light than others of the same aperture, despite it not utilizing the Ultrapixel design that’s since moved to the front camera. This is where you’re going to start noticing some wonky things going on with the exposure though, most noticeably in my flower shots below. There’s a very obvious difference between shots — the photo of only yellow flowers ended up a bit darker than in person, but the focal flower remained crisp in the shot, with a good amount of bokeh behind it. In the photo of both red and yellow flowers, the camera overexposed heavily, and while there’s some depth separating the different colored flowers, they all lack detail, and colors bleed into each other pretty heavily.

Indoors, performance takes a dip, as once again conflicting lighting confuses the camera, and while it does okay in well-lit stores, the darker the room, the worse the shot. But hey, selfies look great! If you take a lot of photos with the front-facing camera, you’ll be just as pleased here as with any other HTC One — it’s sort of become their hallmark, especially since the Ultrapixel front-facing camera of the One M9. With a 26.8mm f/2.0 lens, the M9+ is equipped with one of the brightest, widest selfie shooters around, and as an avid Snapchat user, I for one am a big fan of it.

Finally, you might also be curious about the video performance. After all, the M9 and M9+ are HTC’s first 4K-capable smartphones, and they offer a bevy of additional shooting modes like Split Capture for using your front and rear cameras simultaneously, for … whatever you’d use that for. Sadly, this isn’t the camera to replace your dedicated camcorder any time soon. Video looks completely lifeless with flat colors, and a lack of OIS means shaky video galore. On the bright side, audio comes out pleasingly clear, and does a good job at filtering out background noise, including even passing vehicles behind a talking subject.

We’ll have more photo samples in a later piece going more in depth with the One M9+, but for now I’ll say this: having used the M9 as my daily driver since its release, the One M9+ camera is a small but noticeable improvement, and while it won’t blow anyone away, it’s far from a bad camera.