OEMs and mini devices have a distinct relationship. Are mini devices a good idea? Or do they only delude a brand as midrange phones?

A disturbing trend has emerged over the last couple of years in the smartphone space. The mini device has been brought forth in an effort to sell – well – something to the masses. The S5 Mini, the HTC One Mini 2, the Xperia Z3 Compact, so many mini’s, so few alliterations. With the recent introduction of the S5 Mini, we decided it’s time to give this category of devices the good ‘ol Weekend Debate once over.

There are two classes of mini device when you look at it. One of those classes only has one device in it, so it is, quite literally, in a class all its own. The mainstream (ok, sure, we’ll call it “mainstream”) mini device is a mini in every way. It’s smaller than its sibling, it has lower specifications, and it’s generally cheaper. It’s pretty much, you know, “mini”. The Sony Xperia Zx Compact (a.k.a. mini) devices however reside in a class of their own, because they are mini in that they are smaller, but they retain the impressive specifications of their older and larger siblings. So, for the purposes of today’s arguments, we will exclude them. 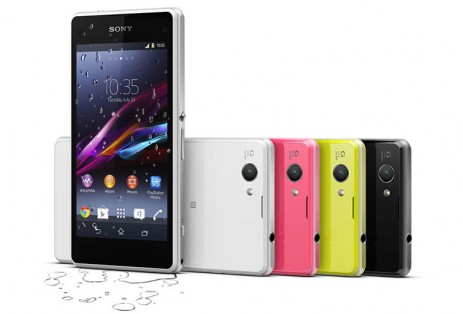 On the one hand, mini devices are a terrible idea because all they end up doing is deluding the brand by offering low-quality gear under the same branding. People see “Galaxy S5 mini” and assume it’s just a smaller version of the phone all the cool kids at the Starbucks have. They are wrong, oh so very wrong. They buy the phone, and they are sad.

The demand is clearly there for smaller flagship devices, which is great, except for the “flagship” part. Mini variations of flagship devices usually end up being midrange devices at best. The S5 mini is, as a commenter put it recently “an expensive Moto G” which I personally think actually insults the Moto brand, but that’s me. And we’re not even talking about slight specification dips. These are significant. Just looking at the “comparison” (if you want to call it a comparison) between the GS5 and the GS5 mini, there are some glaring shortcoming between these two siblings. That hurts the brand, no matter how you look at it.

But then again, on the other hand, it is a mini phone. Mini things are supposed to be smaller, and in the minds of many smaller equates to less power. So maybe it’s not such a great leap to assume that a mini S5 is of course going to have less chutzpah than its bigger, older brother. Even just from a form factor point of view. There is physically less room in the chassis to hold components so some of those are going to have to take a hit to get them all in there right? 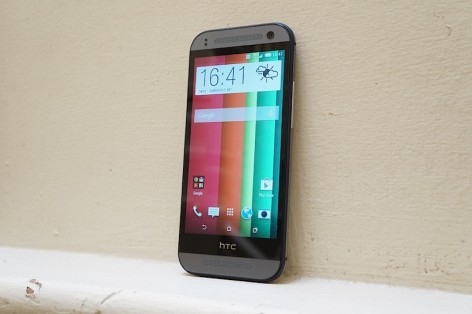 It’s a natural train of thought. Again, there clearly is demand for this kind of thing, so why not offer it to customers? If the customer wants the biggest, baddest phone out there, they know where they can get the Galaxy S5. Which leads me to another point.

There has to be some differentiation between the two device categories, else why have device categories? Is screen size and chassis size really enough justification to pour months of research and development and manufacturing into a new product? We’re talking big bucks here just to cram the same set of microchips into a different box? That doesn’t seem like a great idea to me. After all, then your flagship sales are going to dip because of those customers that want to have their cake and eat it too. Better to create the mini device at the budget price for those customers that either don’t necessarily have to have the latest and greatest or for those that can’t afford the latest and greatest, but can afford a mid-ranger with a great name.

So, there it is. I’ve laid it out for you. Which side of the fence has the tastier grass in your opinion? Are you in the “just make it smaller but just as powerful” camp, or in the “smaller in every way is fine by me” camp? Sound off in the comments below and lets spur some discussion. Then we can all go buy Xperia Z3 Compacts.